The House of Representatives Wednesday finalized a massive $1.9 trillion coronavirus relief bill that will head to President Biden’s desk for his first legislative victory.

The vote was 220 to 211 in the House. No Republicans voted “yes” on the legislation that Democrats say is needed to crush the pandemic, rebuild the economy and to lift children out of poverty.

“The American people have been calling on us to deliver relief and to defeat the COVID-19 pandemic,” said Rep. Bobby Scott, D-Va., the chair of the House Committee on Education and Labor that helped author the legislation. “Today we come together to send a resounding message that help is on the way.” 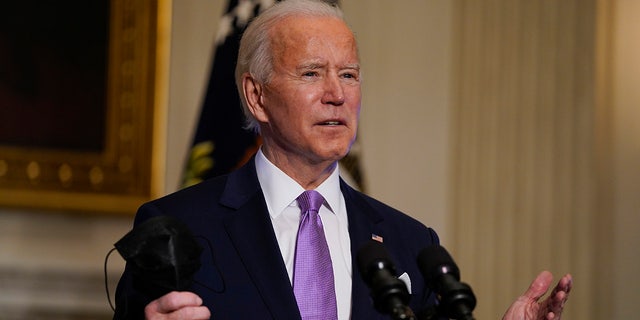 The bill means more money in Americans’ pockets is on the horizon. The “American Rescue Plan” calls for $1,400 stimulus checks for individuals earning up to $75,000 and $2,800 checks for couples earning $150,000 or under. Households will receive an additional $1,400 for each dependent child.

For the unemployed, the legislation extends $300-per-week enhanced federal benefits through Sept. 6 and allows the first $10,200 of jobless benefits to be tax-free to households with incomes under $150,000.

And unlike past coronavirus relief bills, this legislation establishes a “child allowance” worth upwards of $300 per month for each child under the age of six, or $3,600 a year. For older children up to age 17, families would get $3,000 a year in the new child tax credit program.

Democrats dubbed the legislation historic and “transformative.” They said the expanded benefits are targeted to families who suffered the most under the national pandemic that has killed more than 500,000 Americans and will help lift millions of children out of poverty as a result.

“Help is here,” Biden tweeted after the bill’s passage.

“The American Rescue plan is a force for fairness and justice in America,” Pelosi said prior to the vote. “This legislation is one of the most transformative and historic bills any of us will ever have the opportunity to support.”

Biden had hoped his landmark plan to end the pandemic and revive the economy would garner bipartisan support. But unlike the previous rounds of coronavirus relief that Republicans widely supported under former President Trump, no Republican signed onto Biden’s bill. One Democrat voted against the legislation, Rep. Jared Golden of Maine, who had concerns with “the overall size and scope of the bill.”

No progressives voted against the bill, despite raising concerns the Senate watered down the legislation too much by eliminating the $15 minimum wage hike, lowering income eligibility for the stimulus checks and reducing the weekly unemployment checks to $300, down from $400 per week in the House version.

Republicans said the legislation was unnecessary, too big and filled with unrelated liberal priorities, such as $350 billion for state and local governments.

“Why would we print and borrow $2 trillion when we’re so close to crushing this virus and returning to a way of life that all Americans sacrificed?” asked Rep. Lloyd Smucker, R-Penn. 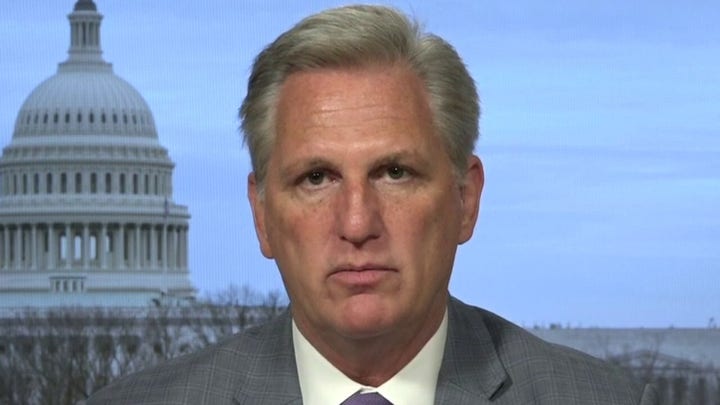 GOP Leader Kevin McCarthy, R-Calif., added: “This isn’t a rescue bill. It isn’t a relief bill. It’s a laundry list of leftwing priorities that predate the pandemic and do not meet the needs of American families.”

In addition to the direct payments, the legislation also includes an expanded benefit to parents paying for child care worth up to $8,000 in a refundable tax credit. Other provisions of the bill include hundreds of billions for COVID-19 vaccines and treatments, schools, food programs, rental assistance and ailing industries from airlines to concert halls.

There is aid for farmers of color and pension systems, and subsidies for consumers buying health insurance and states expanding Medicaid coverage for lower earners.

The Associated Press-NORC Center for Public Affairs Research poll found last week that 70% of Americans back Biden’s response to the virus, including a hefty 44% of Republicans.

Democrats pointed to the popularity of the legislation among the American public and accused the GOP of suddenly being resistant to coronavirus aid they supported in the past just because Trump is no longer in the White House.

“The time for action is now,” said Rep. Steven Horsford, D-Nev. “And if Republicans won’t help us crush the coronavirus. We’ll do it without them.”

Biden is expected to sign the bill into law at the White House on Friday.