Democrats vowed the votes would be the first step toward enacting President Biden’s immigration agenda. But Republicans galvanized by border politics promised to stop even the most popular measures. 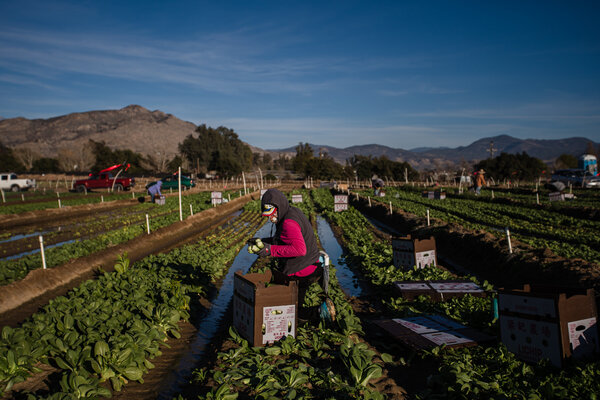 The Democratic-led House voted on Thursday to create a path to citizenship for an estimated four million undocumented immigrants, reopening a politically charged debate over the nation’s broken immigration system just as President Biden confronts a growing surge of migrants at the border.

In a near party-line vote of 228 to 197, the House first moved to set up a permanent legal pathway for more than 2.5 million undocumented immigrants, including those brought to the United States as children, known as Dreamers, and others granted Temporary Protected Status for humanitarian reasons. Just nine Republicans voted yes.

Hours later, lawmakers approved a second measure with more bipartisan backing that would eventually grant legal status to close to a million farmworkers and their families while updating a key agricultural visa program. This time, 30 Republicans, many representing agriculture-heavy districts, joined nearly every Democrat to vote in favor.

The votes were significant milestones for the Dreamers and other activists who have waged a decade-long campaign, often at great personal risk, to bring the 11 million undocumented immigrants living in the United States out of the shadows. Dreamers, those who have temporary status and agricultural workers in many cases have lived in the United States for long periods, and measures to normalize their status enjoy broad public support.

In moving swiftly to consider both bills, House leaders wagered that singling out relatively narrow but publicly popular immigration fixes could shake up a deadlocked policy debate after years of failed attempts at more comprehensive immigration legislation and deliver for a key constituency.

“This House has another chance to pass H.R. 6 and once and for all end the fear and uncertainty that have plagued the life of America’s Dreamers, who have become an integral part of the fabric of American society,” Representative Lucille Roybal-Allard, Democrat of California and an author of the Dreamer bill, said during a hard-fought debate inside the Capitol. “It is an issue about who we are as Americans.”