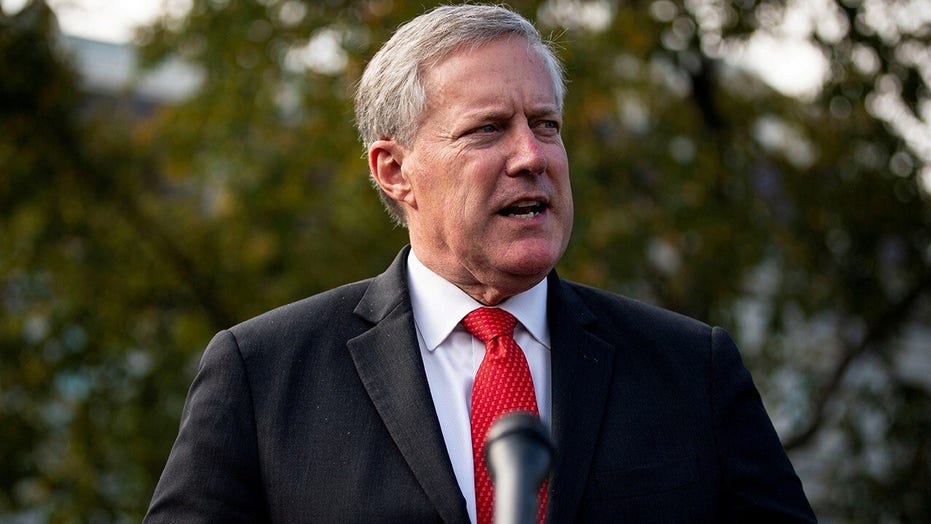 The House of Representatives moves toward a vote on a contempt referral for former Trump White House Chief of Staff Mark Meadows in the Jan. 6 attack investigation; Chad Pergram reports.

The House of Representatives voted Tuesday in favor of a resolution to hold former White House chief of staff Mark Meadows in contempt of Congress.

The vote comes a day after the House Select Committee investigating the Jan. 6 attack on the U.S. Capitol voted 9-0 to recommend Meadows for prosecution after he refused to testify before the panel. The resolution was adopted in a 222-208 vote. Reps. Adam Kinzinger and Liz Cheney voted with Democrats.

The seven Democrats on the panel were joined by its two Republicans Reps. Liz Cheney of Wyoming and Adam Kinzinger of Illinois.

The House vote sends the matter to the U.S. attorney’s office in Washington, where it will now be up to prosecutors in that office to decide whether to present the case to a grand jury for possible criminal charges.

The move was seen by some as a game of politics.

“Americans can barely afford groceries. Gas prices are up. Crime is skyrocketing. And what do Democrats do? Punish their political foe in the dead of night, with no one watching. Pathetic,” Rep. Jim Jordan, R-Ohio, tweeted.

The vote occurred after the Jan. 6 Committee Chairman Bennie Thompson, D-Miss., in a 51-page report released late Sunday, blamed Meadows for being in contact with at least some of the private individuals “who planned and organized a January 6 rally, one of whom reportedly may have expressed safety concerns to Mr. Meadows about January 6 events.”

“Mr. Meadows used his personal cell phone to discuss the rally in the days leading up to January 6,” he wrote.

Meadows responded late Monday to the House committee’s vote, telling Fox News host Sean Hannity that the recommendation from the committee is “disappointing, but not surprising.”

“Let’s be clear about this, this is not about me, holding me in contempt,” said Meadows. “It’s not even about making the Capitol safer. We’ve seen that by the selective leaks that are going on right now. This is about Donald Trump and about actually going after him once again.”

Meadows, a former North Carolina congressman who also served as the chairman of the House Freedom Caucus, was previously cooperating with the committee’s investigation into the events surrounding the Jan. 6 attack on the Capitol. He later stopped working with the investigators and is now suing them.