The second and final debate between President Trump and Joe Biden will kick off at 9 p.m. Eastern on Thursday. Here’s how to follow along. 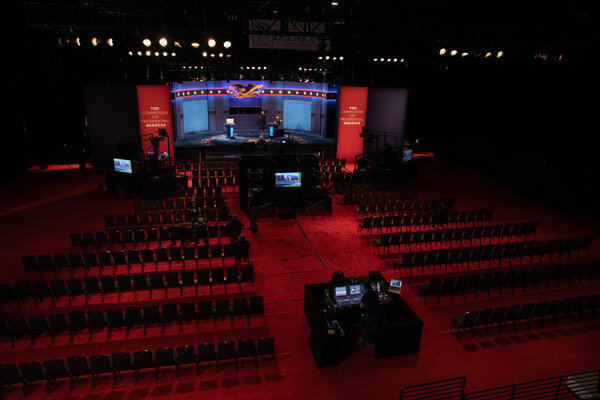 By The New York Times

The second and final debate between President Trump and former Vice President Joseph R. Biden Jr. takes place on Thursday from 9 to 10:30 p.m. Eastern. Here are some of the many ways you can watch it:

The Times will livestream the debate, and our reporters will provide commentary and analysis.

The debate will be televised on channels including ABC, CBS, NBC, CNN, C-SPAN, PBS, Fox News and MSNBC.

Many news outlets, including ABC, CBS, NBC, PBS, Fox News and C-SPAN, will stream the debate on YouTube.

The Roku Channel will carry streams from several news outlets.

The streaming network Newsy will carry the debate on several platforms.