Home » Politics » I wrote about kids sentenced to life without parole, then the letters from prison started 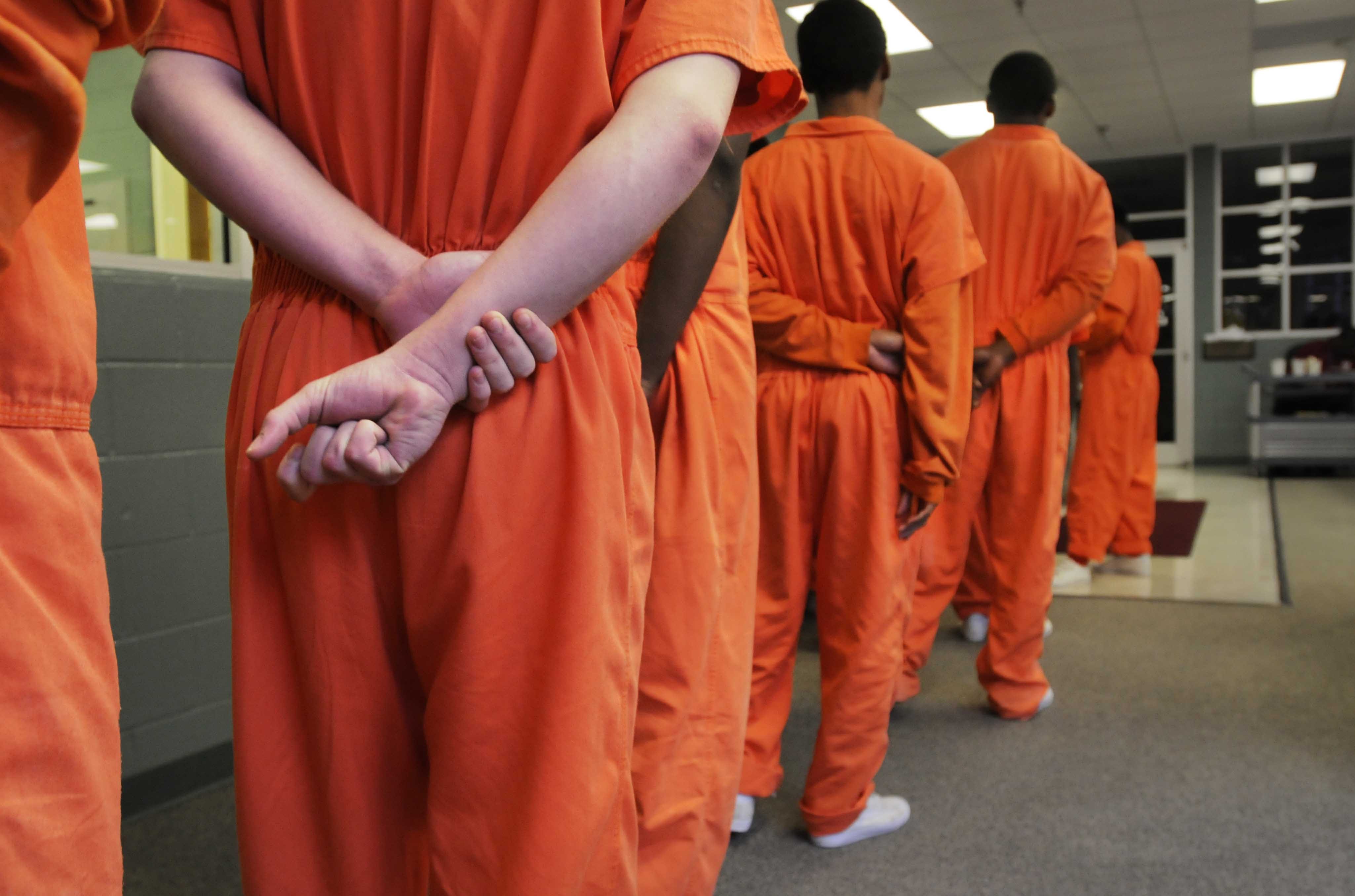 In line for breakfast at the Juvenile Detention Center in Shreveport, La., on May 15, 2008. (Photo: Jim Hudelson)

I am never sure what kind of response my writing will receive, or what kind of audience it will reach. To my surprise, a column I wrote in April for USA TODAY reached an audience of inmates in America’s prisons and jails, and some of them sent letters to tell me what they thought.

What provoked me to write was a Supreme Court ruling, Jones v. Mississippi, that made it easier for judges to sentence juvenile offenders to life without parole. Justice Brett Kavanaugh, writing for a six-justice majority, found that it is constitutional to impose LWOP sentences on children, so long as the law gives the judge the discretion to take into account the defendant’s age.

My piece criticized the decision and characterized it as “a significant step in the wrong direction.” Instead of making it easier to sentence children to life without parole, I argued, “the United States should join the rest of the world by eliminating life prison sentences without parole for juvenile offenders and giving hope a chance.”

The responses arrived quickly, and by various forms of mail – some even by certified mail to ensure that the sender would know I had gotten his letter. Several included stamped, self-addressed envelopes. I wondered whether those envelopes were tangible requests for an answer. These were letters meant not just to reach a sender, but to initiate a connection, an exchange.

A personal letter is a sensory treasure

That led me to read about the traffic in letters to and from prisoners. I learned that getting letters out of or into a prison is not easy. There is, in fact, a whole industry of online advice about corresponding with prisoners, respecting the regulations governing such correspondence, and helping practicing lawyers think about whether to treat such letters as privileged communications.

Sister Helen Prejean, of “Dead Man Walking” fame, offers a set of do’s and don’ts for writing to prisoners. But she frames those instructions in a way I found quite arresting. Receiving a “personal letter,” Sister Helen says, is “something to treasure” for a person in prison.

Cassandra Bensahih, reflecting on being in prison in 2007 in Massachusetts, underscored that point at a hearing early this year. “Mail makes us feel more normal and like we are a part of the world,” she said. “There is nothing like being able to touch a letter, reread it, go back over it.”

Reading that brought me up short. Seeing an ordinary letter as a sensory treasure is a powerful reminder of another of the painful deprivations of prison life.

Sister Helen cautioned her readers that such correspondence can create false hopes: “Because letters are so special (and often rare), it’s important that from the outset you let your correspondent know your intentions. If you want to strike up an ongoing correspondence, let them know that (and stick to it!). If you just want to send a one-off note of support, make that clear so you don’t raise expectations – you could include something like ‘No need to respond, I just wanted to let you know I’m thinking of you.’ ” 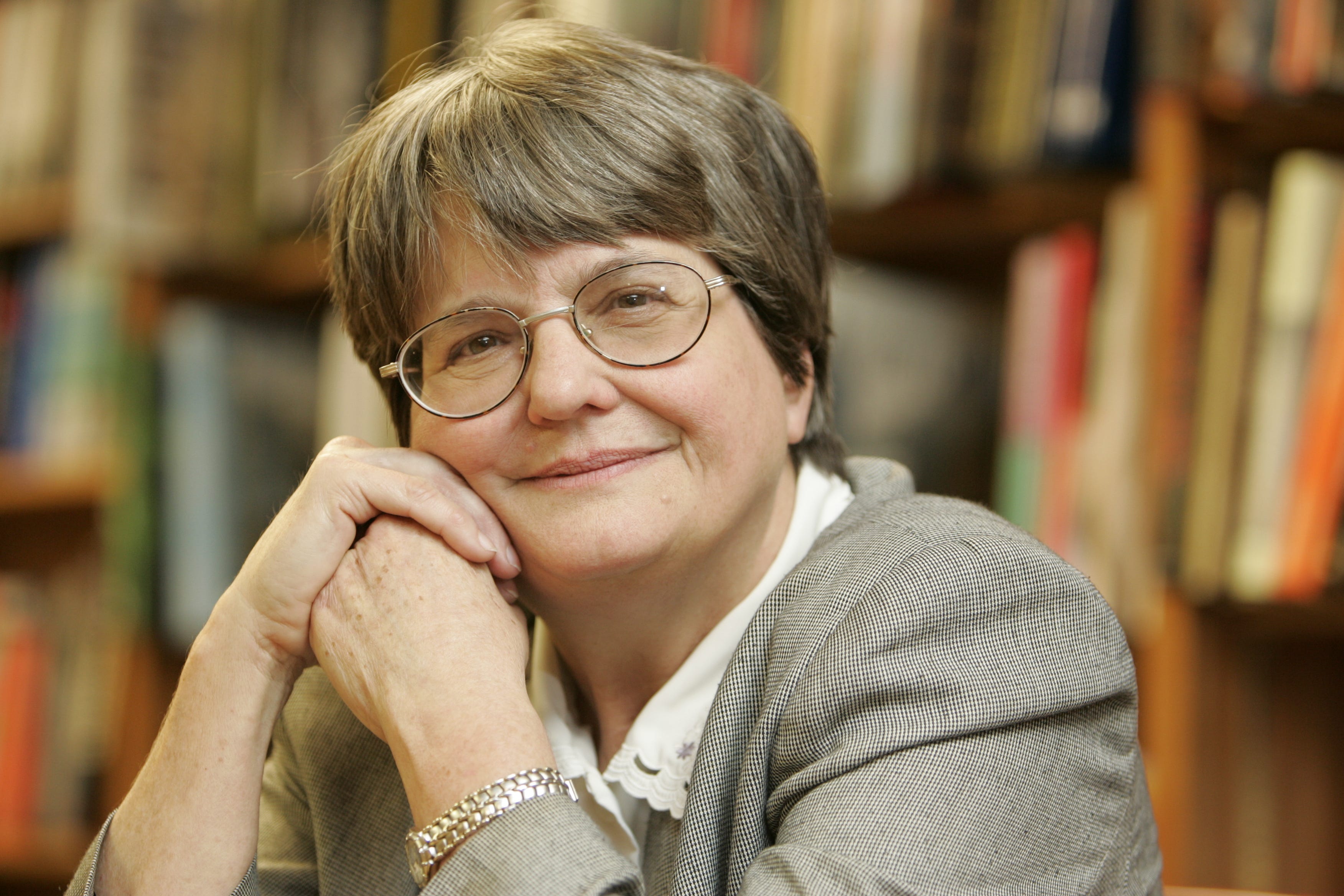 I shouldn’t have been surprised to learn that this is another domain of life where the human misery of some can be turned into profit by others, with private businesses seeking contracts to process and monitor mail to and from prisoners.

And several states are trying out new procedures to see whether mail systems can be developed to prevent prisoners from sending or receiving letters on real paper, which might contain drug residue. Those policies would cruelly eliminate the kind of simple human pleasure of holding and reading letters that Sister Helen says prisoners treasure.

The letters I got from prison fit into several categories. The first, I guess not unexpectedly, contained straightforward appeals for help. Thinking I might be a practicing attorney, inmates asked me to advise them or to sign on to represent them. They wrote to see whether I would be willing to help them win their freedom and end the nightmare of long years spent incarcerated for crimes they committed as children.

Some of these requests for help came with copies of legal pleadings their authors had carefully drafted for my review. Some asked me to send books I had written about life without parole that might shed light on an aspect of their case.

Others didn’t ask for help directly, but instead sought answers to long and carefully thought out lists of questions, probing what I thought about specific aspects of LWOP  in general and juvenile LWOP in particular. These lists surprised and intrigued me. They revealed parts of the lived experience and the curiosities sparked in people subject to the rules and decisions I understood only in an academic sense.

A third genre of these letters were what I would call “scholarly commentaries” on LWOP jurisprudence. One seven-page letter from an inmate in a California jail offered what I thought was a far more insightful analysis of the Jones v. Mississippi case (and the precedents Justice Kavanaugh had misread) than the one I had written. Its author was too generous to point out where he thought I had gone wrong, and instead simply offered a few penetrating thoughts.

The final group of prison letters was thank you notes for the criticism I offered in USA TODAY, or for having the strength and courage to speak up. I didn’t feel particularly strong or courageous when I wrote that piece. It was just a part of what I do and an expression of what I care about. And I certainly didn’t feel strong or courageous when reading these letters from prison and imagining the lives of their authors.

They all came on lined paper, written out in longhand. They were addressed to me by people whose identities in prison are reduced to a number. The names and inmate numbers were always included in the return address and sometimes along with the signatures of the prisoners.

The Supreme Court is wrong: Even children who kill don’t deserve life without parole

Those numbers are hard to ignore. They are stark reminders of what Yale law professor James Whitman calls the calculated “degradation” that accompanies incarceration in the United States.

Inmate numbers are necessary in a return address if letter writers are to have any hope of receiving a response. Sister Helen reminds her readers that a letter to a prisoner whose number is omitted will not reach its addressee. But seeing that number next to the signature is more telling. It registers, to me, as routine dehumanization that can alter the way an inmate thinks of himself.

These letters will be answered

The letters I received were all written in well-crafted, block letters by writers who seemed to regard cursive as a foreign language, or might never have learned to write in that way. The authors of these letters, almost all of which were several pages long, must have expended considerable time and effort in just the physical act of putting their words on paper, as if they could not risk that their contents might be illegible.

I was struck by the discipline of these writers, carefully crafting their hand-printed lettering, a discipline someone like me would find hard to muster after adapting to the brevity of texts and the ease of the computer.

I couldn’t help but think of these prison letters as treasures offered to me by people cut off and distanced from my world, sent in desperation, but also in the hope that they would not be discarded as unwanted junk mail.

Spare this man: I helped put an 18-year-old Black teen on federal death row. I now think he should live.

I think the playwright Samuel Shepard was right when he observed that the form of the letter is an imagined “conversation; – always available. You can just sit down any old morning & have a conversation whether the person’s there or not.” You can, Shepard continued, “have long gaps between passages – days can go by & you might return & pick it up again. And the great difference in all other forms of writing is that it is dependent to a large extent on the other person. It’s not just a solo act.”

While I may not be able to offer legal advice, or even provide very good answers to the questions asked by these prisoners, I can – and will – let their authors know that their letters were received, read and appreciated. I can – and will – keep up my end of the conversation, whether it is about juvenile LWOP or the lives of those whose fates I had hoped my writing might help to alter.

I have no illusions about my ability to do very much, but I can at least make sure the people who wrote to me realize that their writing was not just a solo act.

Austin Sarat (@ljstprof), associate provost and associate dean of the faculty and the William Nelson Cromwell Professor of Jurisprudence and Political Science at Amherst College, is the co-editor of “Life Without Parole: America’s New Death Penalty?” The views expressed here are solely his own.