Home » Politics » I’m finally done with the Senate filibuster. We’re running out of time to save democracy.

I worked as a counsel on the Senate Judiciary Committee for eight years. I heard senators that I admired repeat the apocryphal story of George Washington supposedly explaining to Thomas Jefferson that the Senate was “the saucer that cools the tea,” preventing the House from rushing through ill-advised legislation.

While the filibuster was not part of the framers’ plan — and indeed some of the framers warned against a supermajority requirement for legislation — it seemed consistent with this idea of the Senate as an intended obstacle to tyranny by a bare, partisan majority. Perhaps more importantly, I saw the cycles of control in the Senate. I saw how those tactics of delay and obstruction that drove a majority party crazy one year were lifelines when that party ended up in the minority the next.

Those seemed like compelling arguments to keep the Senate filibuster, so I passionately resisted the idea of eliminating it for years. Too slowly perhaps, it has become clear to me that times have changed. The old arguments are no longer enough — in fact, our democracy might not survive at all unless Congress passes reforms that a minority seems determined to block. The Senate must get rid of the filibuster in order for us to maintain a democratic system of government going forward, and the sooner the better.

Our democracy already teetered on the brink when Donald Trump, who lost the 2020 presidential election by more than 7 million votes and a substantial margin in the Electoral College, falsely and repeatedly claimed to have won and then actually tried to convince officials in multiple states to overturn the results of the voting in those states.

When efforts by Trump and his supporters to undermine and overturn the election failed, Trump’s supporters switched to a quieter but no less dangerous tactic. Bills have now been introduced in 47 states to restrict access to voting, curbs which will disproportionately impact non-white voters. Many of these bills are on their way to passing. Efforts are also in the planning stages to aggressively gerrymander districts to benefit the former president’s party.

The cumulative effect of all this is to prevent a mostly white minority of Americans from losing control of the United States government. There is legislation that could prevent this, but it looks like it will be blocked in the Senate by the filibuster, something that has often happened to bills meant to advance racial equity and justice. 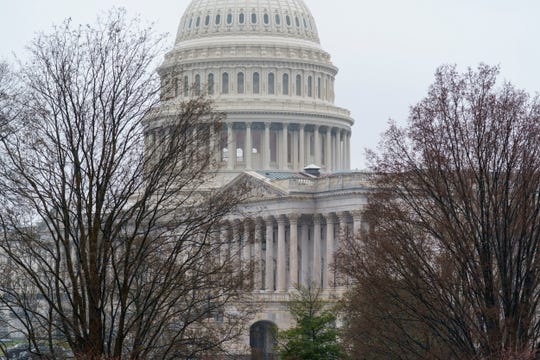 Now, the combination of systematic disenfranchisement of Black and brown voters, aggressive use of gerrymandering, and a system of unchecked money in political campaigns could allow a minority of voters to ensure that those who supported Trump’s abuses are ushered into control of Congress and the presidency; once in power, they have already shown their willingness to use it to further degrade checks and balances for their own advancement. The democracy as we know it might begin to crumble.

We need H.R. 1: It would maintain voting rights and voting integrity that states saved amid COVID-19

This sounds apocalyptic and maybe a little crazy. It is not. We need only look at the four years of Trump’s presidency, moving from emoluments violations, obstruction of investigations, embrace of white supremacists, and sidelining of watchdogs and prosecutors who threatened him to full-scale attempts to overturn an election and incite insurrection, to see how quickly and completely the foundations of our democracy can be shaken.

Legislation before Congress can stop all this from happening. H.R. 1, the For the People Act, contains crucial voting rights protections that will prevent many of the efforts in states to restrict the ability to vote; it will ensure fair, non-partisan redistricting and reform money in politics, as well as curbing much unethical conduct and many abuses of power. We can also shore up our democracy against attack with bills like the John Lewis Voting Rights Advancement Act, the Protecting Our Democracy Act and an act to finally grant District of Columbia residents the same rights to democratic participation that people in all 50 states have.

GOP ex-officials: We need a voting rights champion like Vanita Gupta at Justice, and fast

But if the Senate’s intractable minority is allowed to continue to prevent all legislation to protect our democratic system, we will run out of time. Efforts in the states to curb voting rights and ensure rule by a shrinking white minority will be able to take effect without any check; after the rules are changed and the deck stacked, it might not again be possible to elect a Congress and a president amenable to protecting democratic participation and checks and balances.

The stakes couldn’t be higher. The Senate must eliminate the filibuster while there is still time and quickly enact the For the People Act and as much other important pro-democracy legislation as possible. Once the democracy is secure, we can think about how to build a system of true comity and bipartisanship; but if we don’t act now, there may not be a system to fix.

Noah Bookbinder, a former criminal prosecutor for the Justice Department’s Public Integrity Section, is the executive director of Citizens for Responsibility and Ethics in Washington. Follow him on Twitter: @NoahBookbinder