Home » Politics » I’M SORRY… Boris, you have apologised but now prove you can deliver for Britain 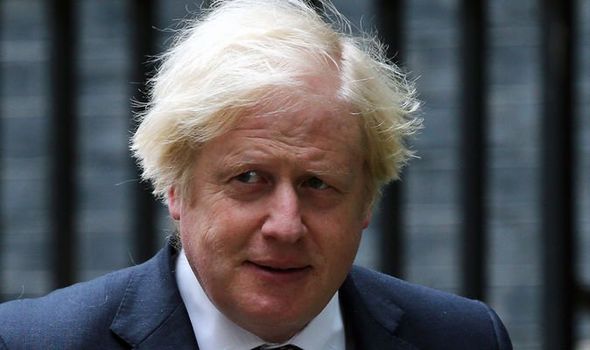 The embattled Prime Minister was urged to carry on leading the country out of the pandemic and deliver on the people’s priorities – in the face of calls for his resignation from both opposition and Tory MPs over alleged rule-breaking in the No 10 garden.

Leading the plea for unity, Home Secretary Priti Patel urged the Tories to “put our shoulders to the wheel and back Boris to deliver”.

And Housing Secretary Michael Gove urged the party’s MPs to rally behind the Prime Minister.

He said: “Boris gets the big calls right. Now is not the time to go wobbly.”

The show of support followed a dramatic statement on the scandal by Mr Johnson at Prime Minister’s Questions yesterday.

In it, he said: “I offer my heartfelt apologies.”

Mr Johnson acknowledged the “rage” felt by many at reports of a “bring your own booze” party for staff in the Downing Street garden.

He said: “I want to apologise. I know that millions of people across this country have made extraordinary sacrifices over the last 18 months.”

After days of pressure to explain whether he attended the event, the PM confirmed he spent 25 minutes chatting to staff in the garden to thank them for their efforts in the Government’s pandemic response.

He added: “I believed implicitly that this was a work event. But, with hindsight, I should have sent everyone back inside.

“I regret the way that the event I have described was handled. I bitterly regret it and wish that we could have done things differently.”

The PM claimed the event may have “technically” been within the rules but accepted millions did not see it that way while appealing for MPs to await the report of an inquiry by senior civil servant Sue Gray.

He promised the Cabinet Office inquiry will establish the “full facts” about what happened at the Downing Street gathering on May 20, 2020.

In angry Commons attacks in response to his remarks, the Labour, Lib Dem and SNP leaders all demanded the PM’s resignation.

And several senior Tories, including the party’s Scottish leader, also urged him to quit.

But Cabinet ministers rejected the calls last night and urged the PM to carry on leading the country out of the pandemic.

In a text message to colleagues, Ms Patel said: “The Prime Minister has given his heartfelt apologies and taken responsibility for what has happened.

“Thanks to Boris’s majority, the work of this Government is so extensive, we continue to bring forward some of the biggest reforms in decades to level up, to the NHS, asylum system, housing and more.

“Now is the time to put our shoulders to the wheel and back Boris to deliver on the people’s priorities.”

It was claimed 20 out of 28 ministers had publicly backed the PM.

Chancellor Rishi Sunak said: “The PM was right to apologise and I support his request for patience while Sue Gray carries out her inquiry.”

Deputy Prime Minister Dominic Raab said Mr Johnson had given a “very clear account” of the staff gathering in the Downing Street garden.

Mr Raab said: “He has been clear that he believed he was acting in accordance with the rules at the time but, of course, understands the perception that those in power are not following the rules that many others are required to. Particularly those who have been through serious hardship or lost loved ones during this pandemic, and that’s why he’s apologised.”

Mr Raab described a question about whether he would run for the Tory leadership as “daft”.

He added: “I’m fully supportive of this Prime Minister and I’m sure he will continue for many years to come.”

Health Secretary Sajid Javid said: “I completely understand why people feel let down. The PM did the right thing by apologising.

“Now we need to let the investigation complete its work. We have so much to get on with, including rolling out boosters, testing and anti-virals, so we can live with Covid.”

“People are hurt and angry at what happened and he has taken full responsibility for that. The inquiry should now be allowed to do its work and establish the full facts of what happened.”

He accused Mr Johnson of “lying through his teeth”. He added: “The party is over, Prime Minister. The only question is, will the British public kick him out, will his party kick him out, or he will he do the decent thing and resign?”

Ian Blackford, the SNP’s Westminster leader, said: “If the Prime Minister has no sense of shame, the Tory backbenchers must act to remove him. They know that the damage is done. This weak and contemptuous Prime Minister can no longer limp on.

“The message from the public is clear – remove this unfit Prime Minister from office, and do it now.”

Lib Dem leader Sir Ed Davey said: “Will the Prime Minister, for the good of the country, accept that the party is over and decide to resign?”

A string of opposition backbenchers also demanded the PM’s resignation as he faced 18 questions on the party issue during the session.

William Wragg, chairman of the Public Administration and Constitutional Affairs Committee, said: “A series of unforced errors are deeply damaging to the perception of the party.

“The Prime Minister’s position is untenable.”

He said: “I think the time has come for either the Prime Minister to go with dignity as his choice, or for the 1922 Committee to intervene.”

Commons Leader Jacob Rees-Mogg dismissed the Tory critics last night, saying: “They are people who have never really supported the Prime Minister. You would expect them to be relatively grumpy. And so that’s not surprising.”

Downing Street officials yesterday insisted the PM did not see an email sent by his principal private secretary Martin Reynolds inviting more than 100 staff to “socially distanced drinks” in the Downing Street garden.