Today, people responsible for estates are required to fill out HMRC pre-probate forms even if no inheritance tax is due. This requirement will be scrapped in the vast majority of cases in a move to slash the paperwork that families must go through after the death of a loved one. The change will mean the forms will no longer have to be filled out for more than 200,000 estates each year. Treasury minister Jesse Norman said: “We want to cut red tape and make the tax system as simple as possible for people to use, especially during difficult times. The change is part of our wider drive to remove unnecessary bureaucracy so taxpayers can manage their affairs with less effort.”

There will be no need to fill out the HMRC forms, which are known as pre-confirmation forms in Scotland, for more than 90 percent of non-taxpaying estates.

This reform comes amid growing awareness of the impact red tape can have on families after a bereavement.

Last year journalist John Stapleton described the ordeal of dealing with bureaucracy after the death of his wife and fellow former Watchdog presenter Lynn Faulds Woods.

Mr Stapleton said he “almost had a meltdown” as companies demanded paperwork. He said his son said it was as if “the system is making it as difficult as possible at one of the worst times in your life”.

The Government’s plan to reduce the administrative burdens on families will be outlined in full detail on Tuesday and come into force on January 1.

People normally do not have to pay inheritance tax if either the value of the estate is below the £325,000 threshold or everything above that is left to a spouse, civil partner, charity or community amateur sports club. The tax-free threshold can increase to £500,000 if a home is left to children or grandchildren. 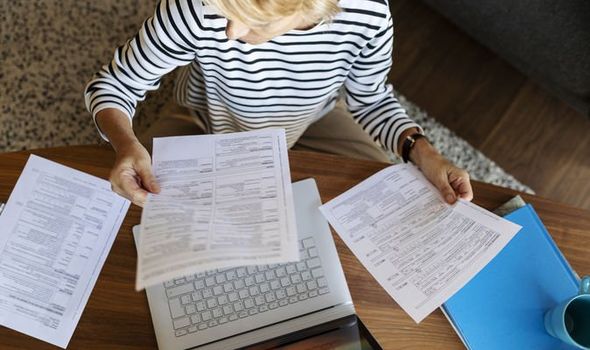 If someone is married or in a civil partnership and his or her estate is worth less than the threshold, any unused amount can be added to his or her partner’s threshold when he or she dies. This can increase the overall threshold to as much as £1million.

The changes are part of efforts to build a “modern, trusted and more efficient tax system”.

A clampdown on promoters of tax avoidance schemes is in the works. The Government is further considering whether tax advisers should be required to hold professional indemnity insurance to help raise standards.

It will also publish an interim report as part of its review of business rates. This comes amid calls from backbench Conservatives for business rates to be radically reformed or scrapped entirely in a bid to revive high streets and help companies in the wake of the pandemic.

The publication of the full review is expected this autumn.