Intelligence Community Inspector General Michael Atkinson was back on Capitol Hill Friday for a closed-door meeting with the House Intelligence Committee, where members were expected to question him about his efforts to review and corroborate the intelligence official’s whistleblower complaint that has sparked an impeachment investigation into President Donald Trump. 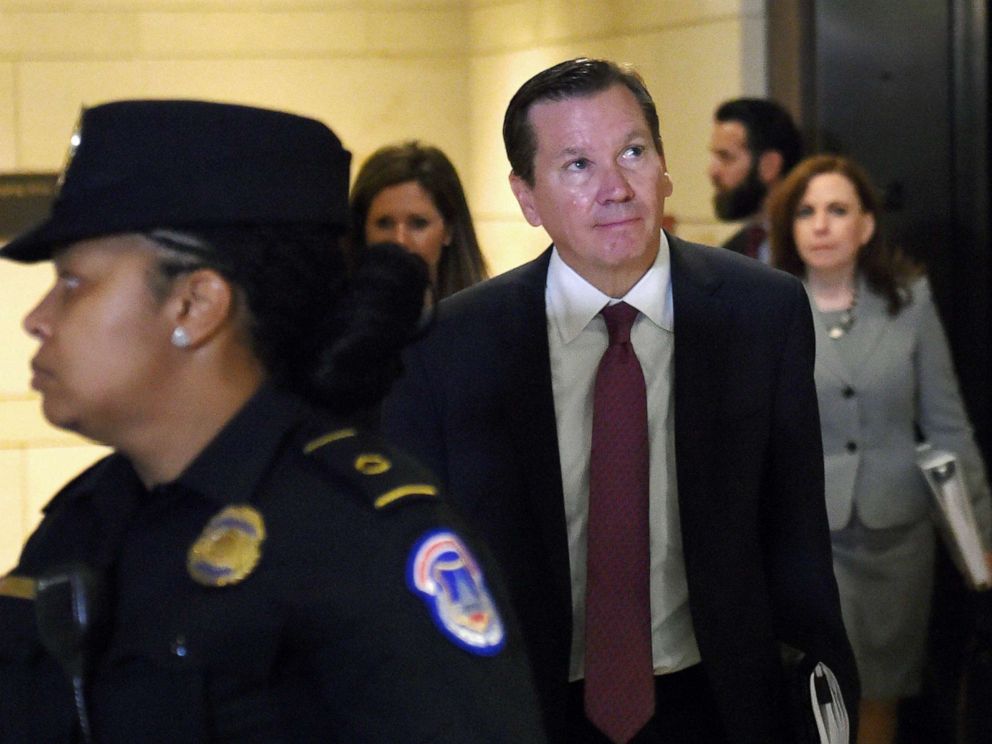 Atkinson deemed that complaint – centered on President Trump’s urging the Ukrainian president on a July phone call to help investigate former Vice President Joe Biden and his son’s business dealings in Ukraine – “credible” and “of urgent concern” after working to validate some of the official’s allegations.

“He spent two weeks investigating the complaint and found it credible,” Rep. Jackie Speier, D-Calif., a member of the House Intelligence Committee, told ABC News. “We want to hear all of the evidence he was able to unearth.”

Atkinson last appeared on Capitol Hill last week to meet with the Senate Intelligence Committee, along with Acting Director of National Intelligence Joseph Maguire. He was initially blocked from transmitting that complaint to Congress by the DNI, in consultation with the White House and Justice Department.

On Thursday, Kurt Volker, the former U.S. envoy to Ukraine, testified on Capitol Hill, sharing a series of text messages with lawmakers detailing efforts to secure a meeting between Trump and Ukrainian President Voldymr Zelenskiy along with a commitment by the Ukrainians to conduct investigations into the 2016 election and the Bidens.

In newly disclosed text messages shared with Congress, the top U.S. diplomat in Ukraine writes to a group of other American diplomats that “I think it’s crazy to withhold security assistance for help with a political campaign.”

The exchange, provided by another American diplomat, former U.S Special Envoy to Ukraine Kurt Volker, as part of his closed-door deposition before multiple House committees Thursday, shows what appears to be encrypted text messages he exchanged with two other American diplomats in September regarding aid money President Donald Trump ordered to be held back from Ukraine.

Trump said Thursday he wanted China to investigate his political rival Joe Biden and his son — even as he faces an impeachment inquiry for pushing Ukraine to do the same.

Asked by a reporter at the White House on Thursday if he had requested that Chinese President Xi Jinping “investigate at all,” Trump replied, “I haven’t, but it’s certainly something we can start thinking about.”

“China should start an investigation into the Bidens,” Trump said. “Because what happened in China is just about as bad as what happened with Ukraine.”

House Oversight Committee Chairman Elijah Cummings planned to issue a subpoena to the White House for records and information on the Trump-Zelensk’y phone call and nearly $400 million in military aid to Ukraine that was initially withheld over the summer if the administration does not turn the records on Friday.

Democrats have said that any refusal to turn over records and documents will be used as evidence of obstruction of their impeachment inquiry, which could eventually inform any articles of impeachment passed by the House.