Home » Politics » Ivanka Trump and Donald Trump Jr. are in a 'cold war' for their father's favor, and suspect each other of planting damaging stories in the media, according to a major new report

US President Donald Trump’s two oldest children, Ivanka Trump and Donald Trump Jr, are locked in a “cold war” as they compete for their father’s favour and suspect each other of planting damaging stories in the media,according to a lengthy report from The Atlantic.

The Atlantic’s report, which cites interviews with Trump campaign aides and former employees, White House officials, and friends of the family, portrays a Machiavellian family dynamic, with the Trump children constantly vying for their father’s attention and approval.

The rivalry, which had intensified when their father became president, has become even stronger since Trump began using Donald Trump Jr. at rallies after he proved to be a strong campaigner popular with rural Republicans.

Before this, President Trump had spent decades viewing him as a less useful child, the report said. 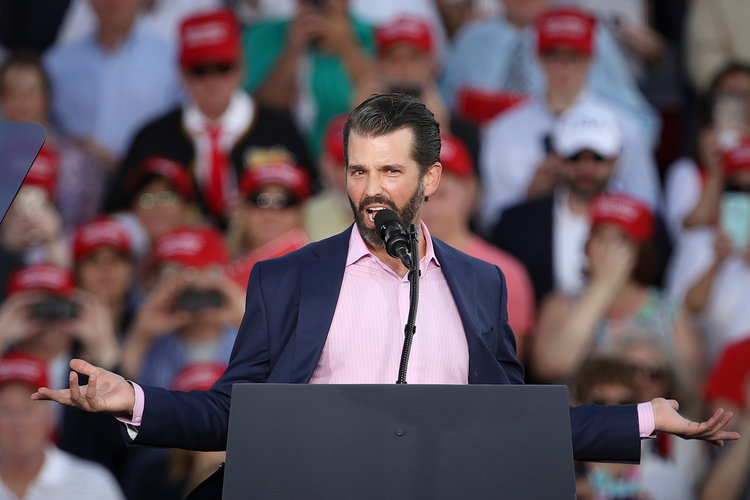 As the two siblings gained their own teams of allies and advisors, they grew “paranoid that the other’s henchmen were planting damaging stories about them in the press,” the report said.

Read more:Ivanka Trump and her brother Don Jr. are staking opposite sides in the gun control debate — and the president calls Don Jr. his ‘gun expert’

After a November 2018 report in Washington DC outlet McClatchy claimed that “Don Jr. wows, Ivanka disappoints” on the campaign trail,” Ivanka’s team was reportedly “enraged.” She suspected Trump Jr’s team of “planting damaging stories about them in the press,” The Atlantic reported.

Rumors reportedly also swirled that Ivanka’s team was “undermining him in off-the-record conversations with reporters, leading Trump Jr. to challenge her.

Someone familiar with the incident said he told her: “Tell your people to stop trashing me to the media.” 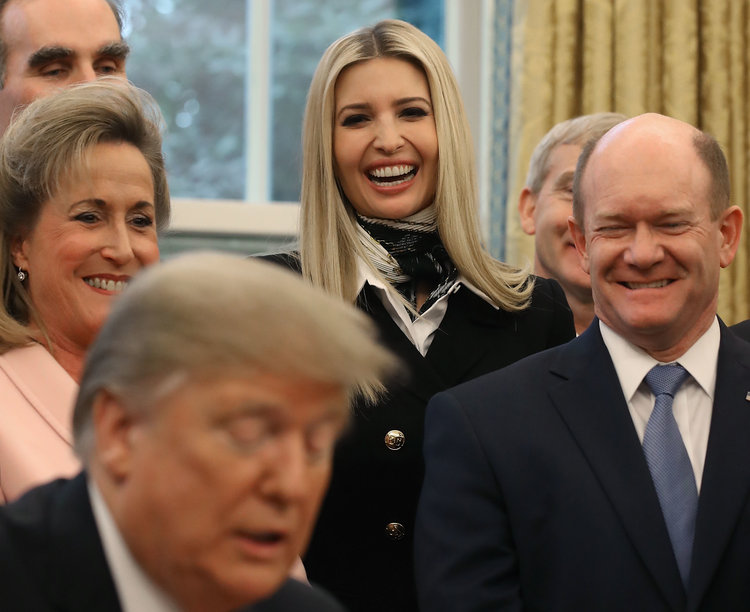 Spokespeople for the two siblings both denied to The Atlantic that this incident occurred, and said there was no disagreement between the pair.

Read more: Here’s how the Trump family spends their billions, from a $15 million beachfront estate in St. Martin to a $32 million fleet of private helicopters and airplanes

Both siblings often try to influence their father’s policies, raising issues with him, bringing up issues with the media, and arranging meetings between him and influential people that then help to inform his policies and talking points, The Atlantic said.

Ivanka and Donald Trump Jr. have often found themselves on opposite sides of policy issues,including most prominently the debate around gun control.

Both have represented their father, with Ivanka, who is an official advisor to the president, often playing roles in meetings with world leaders. Trump Jr. has played an increasingly visible role as a campaigner for his father, including opening for him at numerous rallies.