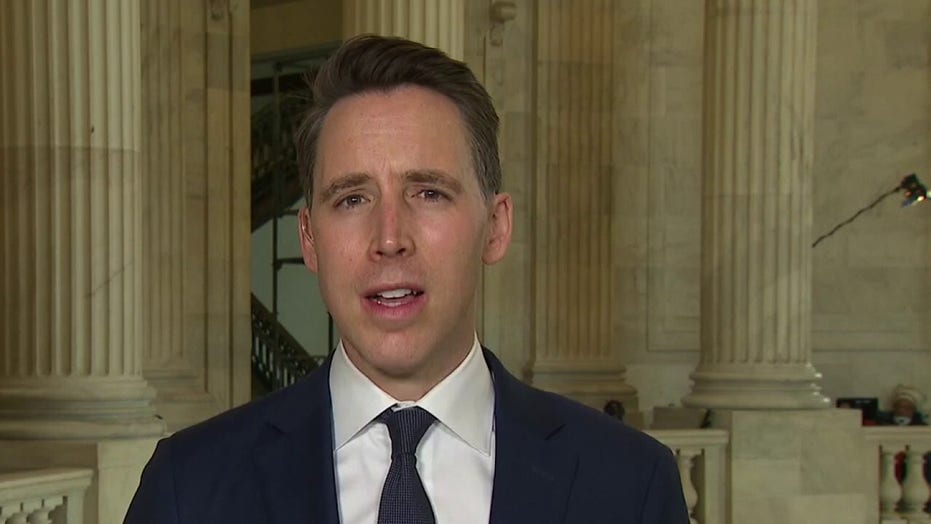 Hawley calls for probe of potential collusion in GameStop saga

Erin Hawley, wife of U.S. Sen. Josh Hawley of Missouri, has filed a criminal complaint against the organizer of a protest that was staged outside the couple’s Virginia home last month, reports said Friday.

The organizer has been charged with illegal protesting, a misdemeanor, ABC News reported.

The Republican senator — who was not in the home when the protest occurred — had accused the protesters, who were organized by a group called ShutdownDC, of vandalizing his residence and threatening his family in the Jan. 4 protest over his plans to challenge the Electoral College results.

Video of the protest posted online showed the crowd chanting “Shame on you!” and “Stand up, fight back!” outside the senator’s house, according to ABC.

At one point, Erin Hawley opens the front door and asks the protesters to leave.

“We’ve got neighbors and a baby, thank you,” she says. 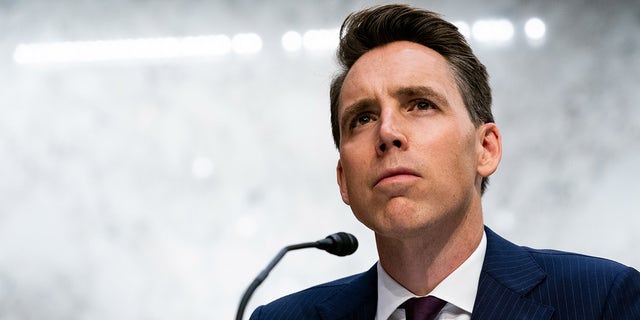 “I was fearful and closed and locked the door,” she later wrote in a statement supporting her complaint.

At another point during the protest, three people walked up to the door, saying they planned to leave a copy of the Constitution or some signs there.

“I was fearful and closed and locked the door.”

Erin Hawley said in the statement they were shouting, “Come out, come out!”

“I was frightened,” she said.

In a Twitter message on Jan. 5, Sen. Hawley claimed his wife and baby were threatened.

“Tonight while I was in Missouri, Antifa scumbags came to our place in DC and threatened my wife and newborn daughter, who can’t travel,” Hawley tweeted the night of the protest. “They screamed threats, vandalized, and tried to pound open our door. Let me be clear: My family & I will not be intimidated by leftwing violence.”

A local magistrate found “probable cause” to charge the protest organizer, identified as Patrick Young.

But officers from ShutdownDC downplayed reports of Erin Hawley’s complaint.

“We are not aware of any summons issued related to our candle light vigil at Senator Hawley’s house,” ShutdownDC said in a statement about the summons for Young, according to the Star. “Police on the scene did not believe a crime was committed. That was confirmed by the Vienna Police department in media reports days later. If a summons has been issued, it is outrageous that a rich and powerful person — a United States Senator — can go to their magistrate to get a summons to harass a normal person.”

Anyone is allowed to file a criminal complaint in Virginia.

On Friday night, the group posted Twitter messages, accusing Sen. Hawley of “trying to have people thrown in jail.”

Sen. Hawley’s office told ABC that in recent weeks his family has received “numerous threats on their lives that are being monitored by authorities.”

But Officer Juan Vazquez, a spokesman for the Vienna (Va.) Police Department, told the Star that the protesters remained peaceful Jan. 4 and there was no evidence of property damage.

“It was a minor event,” Vazquez said, according to the newspaper. “Basically we got a call saying there was some sort of protest in front of a residence in our town. … The group was maybe 15 to 20 people.”

The officer said the protesters left without any incidents or arrests after officers warned them they were violating ordinances against protesting in front of private homes, excessive noise and writing on the sidewalk in chalk.

The protesters had used a bullhorn during the gathering and written messages such as “Trump lost” in chalk.