Home » Politics » Judge Andrew Napolitano: What will the Democrats do with their new House? 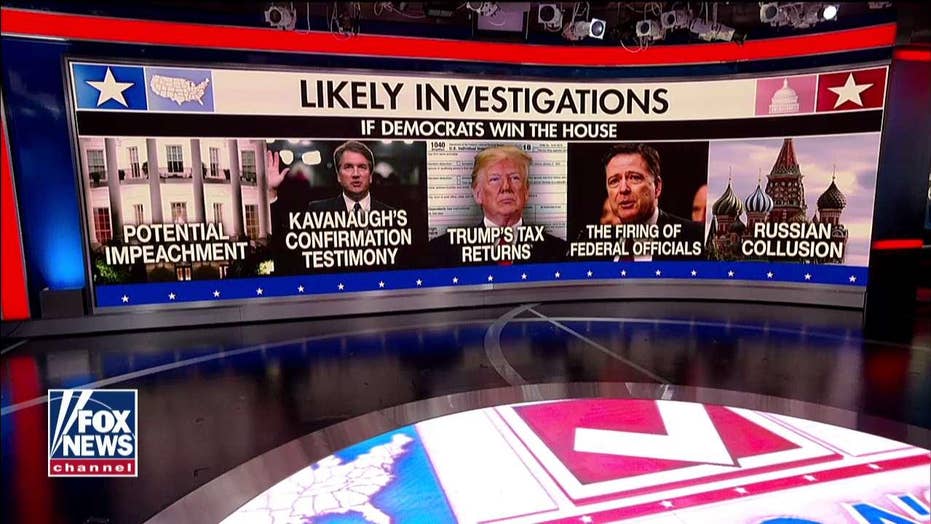 The Democratic Party has won control of the House of Representatives. Its members effectively will be able to block all legislation that the Senate passes and the president wants. They also will be able to unleash their subpoena power mercilessly on the executive branch. Will the members of the new majority view their victory primarily as an opportunity to legislate or as a chance to investigate?

Here is the back story.

Part of the genius of our system of government is the concept of checks and balances. The two houses of Congress write the laws, and the president enforces them. Each person in the legislative branch and the president were elected by the voters, and it is their duty to exercise their judgment as they believe the voters who put them in office would want it exercised. But all legislation requires the consent of both houses.

The courts exist to resolve disputes irrespective of the wishes of voters, to interpret the Constitution and the laws as they were written, and to protect the natural and constitutional rights of everyone in America from infringement by the Congress or the president or the states.

When one political party controls the Congress and the presidency — particularly a hyperactive in-your-face presidency as we have today — and it enacts its political agenda into law, the minority party is often ignored. This happened in 2010 when a Democratic Congress passed the Affordable Care Act — Obamacare — with no Republican votes, and it happened again last year when the current Congress passed President Donald Trump's so-called tax cuts with only Republican support. (I say "so-called" because for millions of folks in high-tax states where the president lacks political support, such as my home state of New Jersey, the Trump tax cuts will actually raise taxes.)

The effect of all this is a wish by Republicans to undo Obamacare, something they have tried to accomplish dozens of times even though parts of it are popular, and a wish by Democrats to undo the new tax law even though many folks represented in Congress by Democrats will experience a tax cut.

But this should not be. If laws were written with bipartisan support, if politicians in both parties had a say in the process and a stake in the outcome, if people all across the board politically and ideologically could find some comfort in some aspect of nearly all major legislation, there would be greater respect for law and an ability to rely on its permanence.

The in-your-face presidency has heretofore rejected compromise with Democrats and verbally abused them and fostered legislation that stings them.

Now we have the correction that Democrats predicted. Now we will have divided government. Now the Republicans are dominant in only one house of Congress. Now the president will have no choice but to reach across the aisle to those in the House he has branded as "evil" and work with them. In theory, the second half of President Trump's present term should be marked by compromise and inclusion rather than take-it-or-leave-it alienation.

On which style of governing will history smile?

The answer to that question depends largely on the House Democrats. In the campaign preceding their takeover of the House, they cautiously and successfully avoided even mentioning the potential impeachment of President Trump. Yet Rep. Jerrold Nadler, D-N.Y., the incoming chairman of the House Judiciary Committee — the place where impeachment would originate — indicated last month that the committee will most likely consider impeachment of the president in January.

The House Judiciary Committee will focus on whether Trump fired FBI Director James Comey because Comey declined to go easy on Mike Flynn — the president's friend and national security adviser — as Comey has said the president demanded. The alleged crime is attempted obstruction of justice, which Democrats will argue the president committed by interfering with a federal criminal investigation for venal — i.e., dishonest or self-protective — purposes. They will probably call Deputy Attorney General Rod Rosenstein as a witness and extract from him his belief that there was no legitimate governmental purpose served by the Comey firing and that it was done for the reasons Trump told Lester Holt of NBC News — because Comey would not shut down the Flynn investigation.

The House Intelligence Committee will most likely reopen that committee's investigation of the 87 communications that the Trump campaign had in 2016 with Russians, many of whom were agents for the Russian government. This has barely been addressed by the current House Intelligence Committee. Look for that committee to interrogate publicly Rosenstein, former Trump campaign manager Paul Manafort and former deputy campaign manager Rick Gates. The House Democrats hope this will be a shadow investigation of special counsel Robert Mueller's investigation, without the special counsel's required secrecy.

The House Oversight and Government Reform Committee will begin to examine the monies that the president and his family have earned as a result of foreign diplomats staying at hotels the Trump Organization manages — it doesn't outright own them — in Washington and New York. This will include a review of the heretofore elusive Trump corporate and individual income tax returns.

This, too, will be a shadow investigation to two litigations brought by members of Congress and others against the president personally that allege that Trump has violated the Emoluments Clause of the Constitution. That clause prohibits a president from receiving anything of value from a foreign head of state during his time in office. Look for Michael Cohen — Trump's former personal lawyer — and Trump's personal and corporate accountants to testify on this.

Do the Democrats really think the country wants to go through all of this? Will the Democrats use their takeover of the House to work with President Trump or to wreck his presidency? Will the politically wounded president find within him any self-restraint and willingness to compromise? Might there be a silver lining to Trump's midterm dark cloud?