But the judge said she doubted the Supreme Court would ultimately find it lawful. 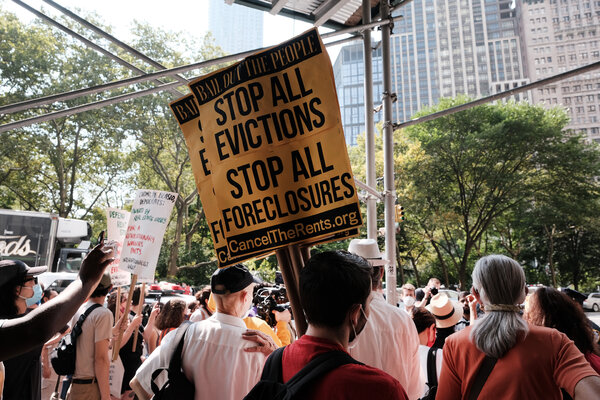 WASHINGTON — A federal judge on Friday permitted the Biden administration’s replacement evictions moratorium to continue, saying that she lacked authority to block such an emergency public-health policy even though she believed “the government is unlikely to prevail” when the matter returns to the Supreme Court.

In a 13-page ruling, Judge Dabney L. Friedrich of the Federal District Court for the District of Columbia expressed doubts about the legality of the policy, which the Centers for Disease Control and Prevention imposed on Aug. 3 in counties where Covid-19 is raging.

The ban replaced an expired, nationwide moratorium first imposed last September to prevent a surge of people crowding into homeless shelters and relatives’ homes, spreading the virus. The new one is narrower because it applies only where transmission rates are high. Still, that category currently covers about 91 percent of counties in the United States.

Judge Friedrich had in May blocked the nationwide version of the moratorium, but the federal appeals court for the District of Columbia Circuit overruled her, and the Supreme Court let that decision stand in June. On Friday, she ruled that the replacement policy was similar enough to the original one that the earlier appeals court ruling controlled the case — for now.

“Absent the D.C. Circuit’s judgment,” she wrote, she would immediately block the government from enforcing the new evictions ban. “But the court’s hands are tied.”

The Justice Department declined to comment. But in a statement, Jen Psaki, the White House press secretary, said: “The administration believes that C.D.C.’s new moratorium is a proper use of its lawful authority to protect the public health. We are pleased that the district court left the moratorium in place, though we are aware that further proceedings in this case are likely.”