In an unprecedented attack on his successor, Mr Juncker branded Ursula von der Leyen’s bungling threat to blockade shipments of life-saving Covid jabs as “stupid”. The former European Commission president said her draconian plans “could create major reputational damage to the European Union, which used to be the world free-trade champion”. And refusing to hold any punches, Mr Juncker accused EU capitals of being too stingy and bureaucratic to make a success of the bloc’s mass vaccination rollout.

He barked: “I don’t think that this is the right way… we have to pull back from a vaccine war.

“Nobody in Britain, nobody in Europe understands why we are witnessing such, according to me, stupid vaccines war.

“We are not in a war, and we are not enemies, we are allies.”

His rant came after Mrs von der Leyen, the current leader of the EU Commission, unveiled plans to halt shipments of jabs to countries with better vaccination rates than the bloc. 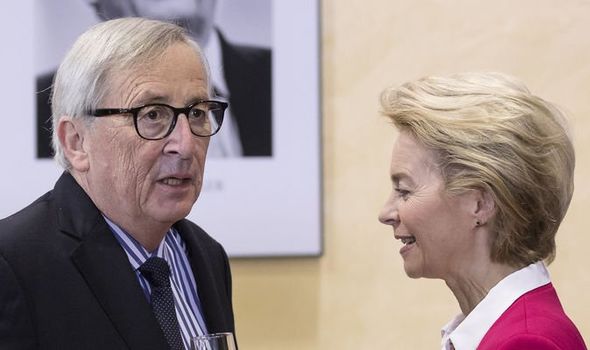