The figure is a slight uptick from May and a sign that the surge this year may extend into the hotter summer months when numbers typically start dropping. 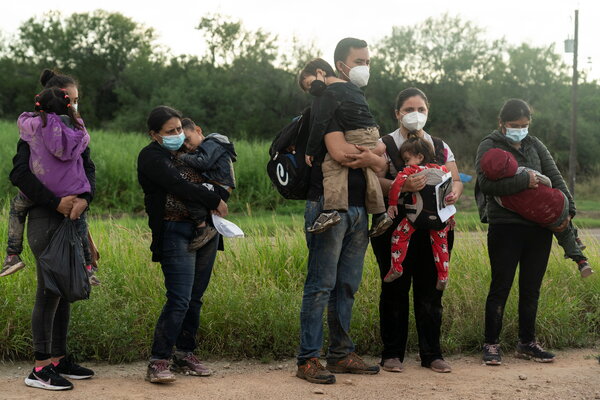 WASHINGTON — A record number of migrants arrived at the southwestern border last month, a slight uptick from May and a sign that the surge this year may extend into the hotter summer months when numbers typically start dropping.

According to new data released on Friday by Customs and Border Protection, June also brought more migrant families to the border than any other month since President Biden took office. In all, border officials encountered migrants on the southern border 188,829 times, the largest number in a single month in recent history.

The number of migrant children and teenagers arriving at the border increased slightly from May, but the flow of them has been slowing since early spring, when there was a steep surge that created Mr. Biden’s first immigration crisis as president.

On average, about 500 migrant children and teenagers arrived alone at the border in June, compared with about 600 a day in March. As of Friday, nearly 15,000 children were in government shelters overseen by the Department of Health and Human Services, according to internal data obtained by The New York Times.

The number of times that single adults tried to enter the country last month was down slightly; they were turned away under the public health rule 82 percent of the time.