Home » Politics » Kamala Harris and Mike Pence Debate: What to Watch For

Mr. Pence will probably be pressed to defend President Trump’s handling of the coronavirus, and his own actions as well. Ms. Harris will have to defend not just her record, but also Joe Biden’s. 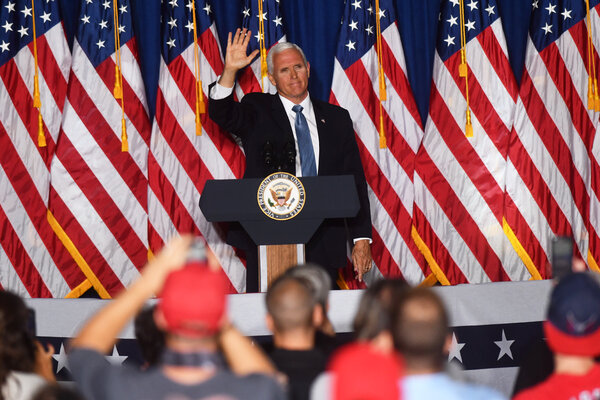 By Shane Goldmacher and Adam Nagourney

The debate between Vice President Mike Pence and Senator Kamala Harris will begin at 9 p.m. Eastern on Wednesday and run for 90 minutes without commercial interruptions. This will be their only debate.

The Times will livestream the event, accompanied by analysis and fact-checking from our reporters. The debate will also be carried on networks including ABC, CBS, CNN, C-SPAN, Fox News, MSNBC and NBC.

Susan Page, the Washington bureau chief for USA Today, will moderate the debate, which will be held at the University of Utah in Salt Lake City.

A new campaign front on Covid-19

It is difficult to overstate how much this debate has been shaped by the Covid-19 pandemic, from President Trump’s hospitalization with the disease to the last-minute skirmish between the Biden and Trump camps over whether Mr. Pence — who has interacted with White House advisers who have since tested positive for the coronavirus — should stand behind a protective plexiglass screen.

Mr. Pence, as the head of White House task force on the coronavirus, will presumably be pressed to account for the faltering White House response to a pandemic that has killed over 200,000 people in the United States. Since returning from the hospital, Mr. Trump has sought to recast the entire discussion on the pandemic, arguing that the virus is in fact not that serious and that Americans should continue to live their lives.

Will Mr. Pence carry Mr. Trump’s argument to Ms. Harris and the American public Wednesday night? Many polls suggest that it defies the fears of most Americans struggling to navigate the pandemic.

Mr. Pence is also likely to be pressed to defend Mr. Trump’s actions since his illness was diagnosed — leaving the hospital against the counsel of many medical professionals, minimizing the threat of the virus and dramatically removing his mask when he returned to the White House. The president has offered himself as evidence that Covid-19 can be beaten; does Mr. Pence agree with that?

For Mr. Pence, it’s not simply a matter of embracing an argument that the president thinks might help him win re-election. This is almost certainly Mr. Trump’s last campaign. At 61, Mr. Pence is looking at continuing his career in politics. How he handles those questions could end up defining him for a long time.

How does Harris finesse attacking Trump?

But that basic rule of thumb got a little more tricky for Ms. Harris. With Mr. Trump’s Covid-19 diagnosis and him just being back at the White House after three nights in a hospital, harsh attacks against an ailing president might be politically unwise. The Biden campaign pulled down its negative advertising attacking Mr. Trump as soon as he disclosed his diagnosis. Joseph R. Biden Jr. has stepped carefully in talking about the president.

Ms. Harris, a former prosecutor and a member of the Senate Judiciary Committee, has established her credentials as a tough interrogator with her questioning of officials like William P. Barr, the attorney general. She knows how to make a case. But can she attack Mr. Trump’s handling of the virus — which has come to define his presidency — without veering toward an overly personal attack on a president battling a potentially lethal disease?

It means threading a needle. Ms. Harris was an inconsistent debater during the Democratic primary — she had some good moments, and some not-so-good moments before she dropped out. She has never stepped onto a this prominent a stage. 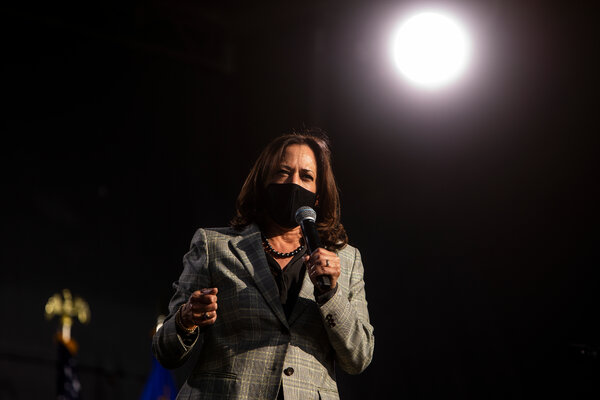 How does Harris handle going off script?

Ms. Harris, most often remembered for her “that little girl was me” debate moment with Mr. Biden during the primary, is talented at delivering the slashing-when-prepared debate lines. That is, after all, the same skill set that she developed as a prosecutor and that elevated her during Senate committee hearings to star status among Democrats as she has bore in on Republican witnesses.