Vice President Kamala Harris landed in Singapore on Sunday as she begins a visit to Southeast Asia that will also include a stop in Vietnam.

Harris left Washington on Friday night, boarding Air Force Two at Joint Base Andrews in Maryland before flying on to refueling stops in Alaska and Japan before arriving in Singapore.

The vice president is expected to use the trip to communicate U.S. views regarding China’s growing power and influence in the region – including the communist regime’s efforts to take control of the South China Sea.

Harris’ Sunday plans following the long journey were not immediately clear. On Monday, she is scheduled to speak by phone with Singapore President Halimah Yacob and participate in a bilateral meeting with Singapore Prime Minister Lee Hsien Loong, according to The Associated Press. 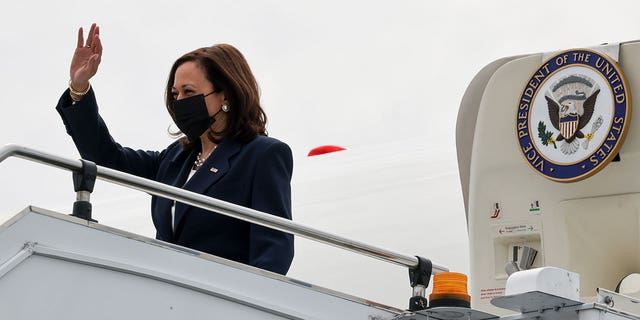 Harris and the prime minister are expected to field questions from reporters during a joint news conference, the AP reported.

She is also scheduled to deliver a speech aboard a U.S. combat ship in Singapore, the report said.

The vice president will deliver another address Tuesday in Singapore, this one focusing on U.S. plans for engagement in Southeast Asia. She will also discuss supply-chain issues in a meeting with regional business leaders, the AP reported. 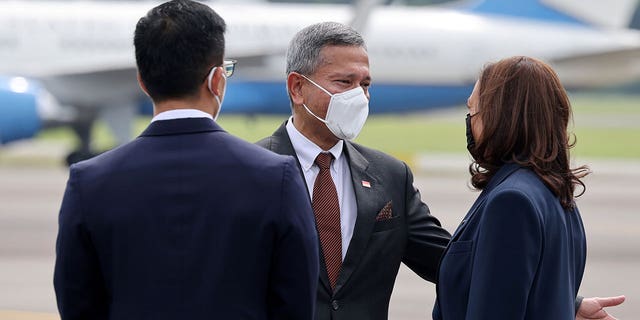 Later Tuesday, Harris will travel to Vietnam. The timing of the trip has been awkward for the Biden administration, as the Afghanistan crisis has drawn many comparisons to the problematic U.S. pullout from Saigon in 1975.

The Asia trip is Harris’ second foreign trip as vice president, after visiting Guatemala and Mexico in June.

Next Friday, Harris to scheduled to campaign in California for Democratic Gov. Gavin Newsom, who is facing a recall effort later this year.