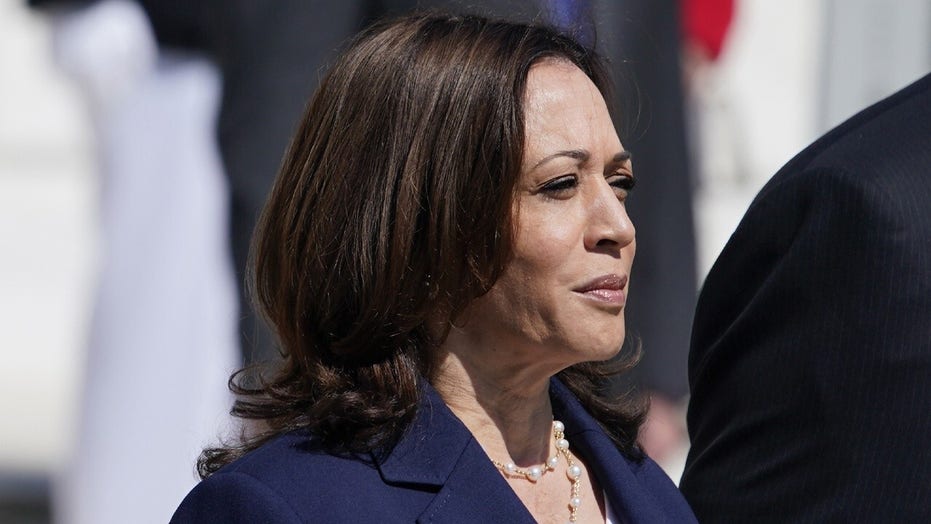 According to polling, women aren’t particularly fond of the vice president; reaction from ‘The Five’

Vice President Kamala Harris has another big trip ahead – but it won’t be a return visit to the U.S.-Mexico border.

Instead, Harris next month will travel across the Pacific, to Vietnam and Singapore, amid U.S. tensions with China.

Her goal is to “strengthen relationships and expand economic support,” chief spokeswoman Symone Sanders said in a statement.

Harris will be the first sitting vice president to visit Vietnam.

The trip is also an effort to rally support against China’s growing economic ascendency, according to Reuters.

The trip comes against the domestic backdrop of the continuing crisis at the U.S. southern border. Back in March, President Biden tasked Harris with studying the root causes of the crisis.

Over subsequent weeks, Republicans and even some Democrats urged Harris to visit border towns in the U.S., in order to get a first-hand impression of how the migrant crisis was affecting those communities, but Harris resisted. Then in late June, 94 days after her appointment from Biden, Harris flew to El Paso, Texas, for a brief visit – before flying on to Los Angeles, where she owns a home.

Harris even returned to her Brentwood mansion the very next weekend for what was her fifth trip to Los Angeles since taking office. 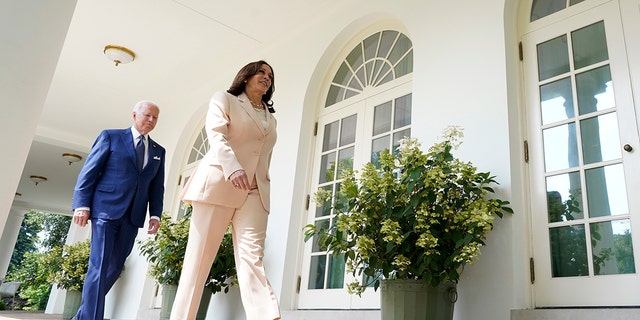 President Joe Biden and Vice President Kamala Harris walk out to an event in the Rose Garden of the White House in Washington, Monday, July 26, 2021. (Associated Press)

The Asian tour will be Harris’ second overseas trip after she visited Guatemala and Mexico earlier this year, where she focused on why Central American migrants have been coming to the U.S. border.

She has also traveled around the U.S., promoting the coronavirus vaccines and the Biden administration’s American Rescue Plan for reviving the economy.

During her Asia trip, Harris will discuss regional security, the coronavirus pandemic, climate change, and “our joint effort to promote a rules-based international order,” Sanders said.

Vietnam has emerged as an ally opposed to China’s claims in the South China Sea, according to Reuters.

“President Biden and Vice President Harris have made it a top priority to rebuild our global partnerships and keep our nation secure, and this upcoming visit continues that work – deepening our engagement in Southeast Asia,” Sanders said.