Scotland Secretary Alister Jack warned that Nicola Sturgeon’s Scottish breakaway drive would leave the islands unable to “adequately protect citizens” from global threats. He spoke out in a speech during a visit to RAF Lossiemouth in Moray to highlight the Government’s plans to overhaul the Armed Forces. “The first responsibility of any government must be to protect its citizens.

“And, in a changing world, together the United Kingdom must stay ahead of the evolving threats to our people, interests, and allies.

“Alone, no one part of our Union can adequately protect its citizens from the new threats we face – nor can we prosper economically and socially in the way we can as a United Kingdom.

“Together, all parts of the UK will take full advantage of the opportunities that lie before us,” the Scotland Secretary said.

“We cannot take our security for granted, but by working together in a strong Union, we can ensure a safe, prosperous future for the UK,” he added.

His speech follows the Daily Express’s Unite The Kingdom crusade to make the positive case for keeping the UK together in the face of separatist efforts by Ms Sturgeon and her nationalist allies. 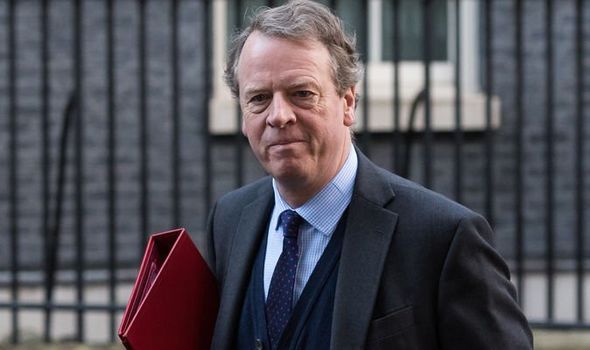 Mr Jack also said the overhaul of the UK’s armed forces was “massively important for Scotland”.

As part of the plans, the RAF base will become home to three early warning and surveillance E-7 Wedgetail aircraft in 2023.

Mr Jack said: “It’s a lot of jobs, a lot of investment – shipbuilding, obviously, on the Clyde and the Forth – but it’s £2 billion of investment in supporting 12,000 jobs outside of the military, nevermind all the military support that we have.

“So it’s massively important for Scotland.”