Sir Keir Starmer has entered a vital point in his leadership of Labour, as the new Tory Prime Minister has forced his party to adapt. While she ran as the Boris Johnson continuity candidate, Liz Truss has already branched off from her predecessor, whose polling lead collapsed at the end of his tenure at Number 10. She has cut into Sir Keir’s lead since taking office, and he will look to win back some of his lost support with this year’s Labour Party conference.

Recent polling has found that the Labour leader’s approval among voters has slipped when compared to Ms Truss.

A survey undertaken by polling firm Redfield & Wilton Strategies on September 21 found the new PM has entered Number 10 with a higher polling rate than Mr Johnson.

And her presence has helped to boost the Conservatives, while Labour is lagging. 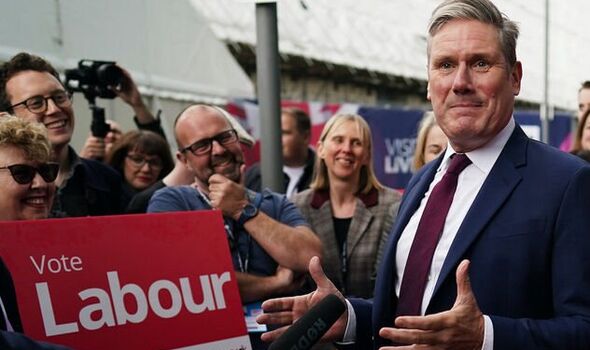 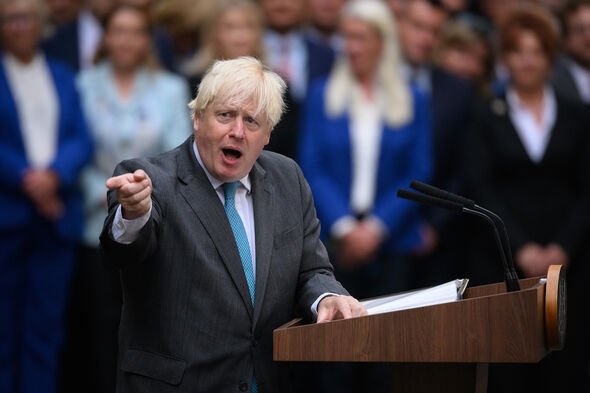 Sir Keir is four points behind his newfound rival on 36 percent – 720 people – after having solidly led Mr Johnson during his time in office.

He led Mr Johnson as preferred PM by 39 points to 35, receiving a four-point advantage. 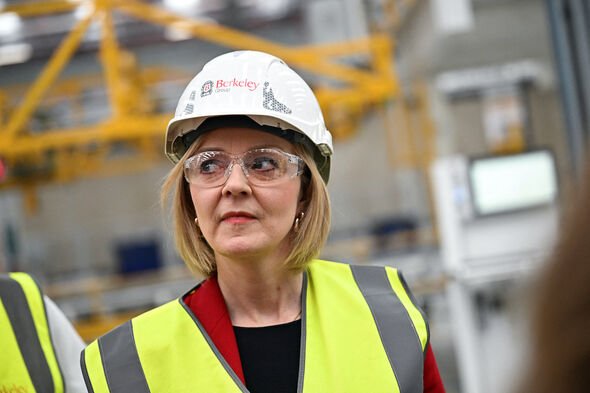 The conference debuts on Sunday, September 25, with Labour faithfuls descending on Liverpool.

A packed three-day schedule will see the party propose solutions to the UK’s most pressing issues, such as the cost of living and climate crises, and the response to recent strikes.

Sir Keir and his fellow Labour MPs will use the conference to win over Labour members and the general public, with one discussion centred on “winning the General Election”.

While the party’s leader is lagging behind Ms Truss on a 1v1 basis, Redfield & Wilton’s poll found Labour will most likely win the next national vote. 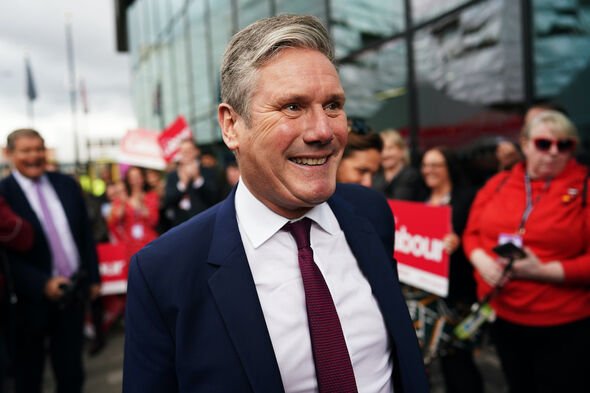 On a party basis, Labour has an eight-point lead over the Tories in their current configuration.

Of the 2,000 quizzed by the firm, 42 percent – 840 people – said they would vote Labour in a General Election held tomorrow.

Only 680 people – 34 percent – said they would vote for the Conservatives, with the Liberal Democrats behind on 10 percent.

Redfield & Wilton also found Sir Keir will arrive at his conference with support from more of his own members.

While he is a less popular candidate for PM, the same poll found that he has a higher approval rating than the Prime Minister.

Sir Keir has an approval rate of four percent, with one-third of people – 33 percent – happy with his job performance.

A minority of voters – 29 percent – did not approve of his performance, while fewer voters approved of Ms Truss’ job so far.

Only 28 percent approved of Ms Truss, while 25 percent disapproved, granting her an overall rate of three percent.