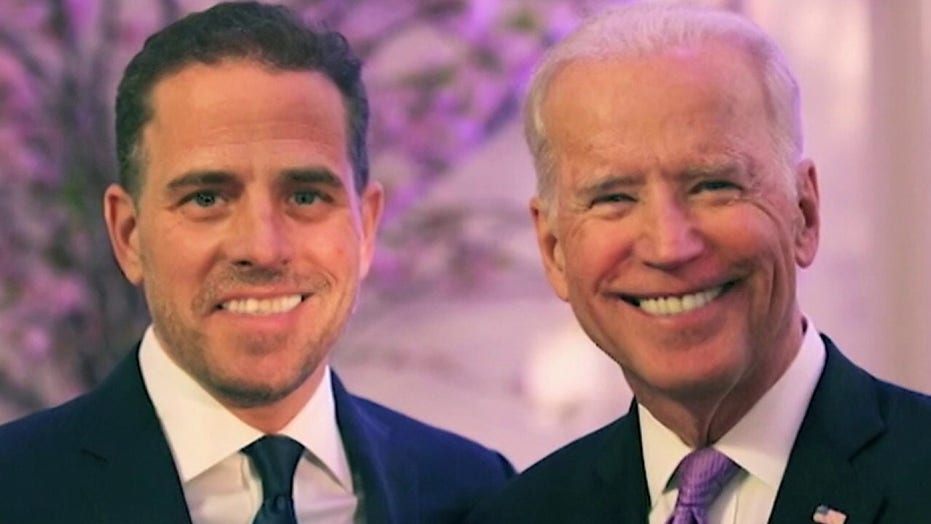 Burisma report to be released this week

The Senate Homeland Security and Finance Committees' report on their investigation into Hunter Biden raises "the many and disturbing conflicts of interests" surrounding Joe Biden's time as vice president and "makes clear that the Democratic nominee is not being straight with the public," political columnist and Fox News contributor Kimberley Strassel argued.

Strassel reacted to the new report in a Twitter thread on Thursday, highliting details of the younger Biden’s role on the board of Ukrainian natural gas firm Burisma Holdings and his alleged “extensive and complex financial transactions."

The 87-page report, compiled by Homeland Security Committee Chairman Ron Johnson, R-Wis., and Finance Committee Chairman Chuck Grassley, R-Iowa stated that Obama administration officials “knew” that Hunter Biden’s position on the board of Burisma was “problematic” and that it interfered “in the efficient execution of policy with respect to Ukraine.”

The Senate committees also revealed that they obtained records from the U.S. Treasury Department, which “show potential criminal activity relating to transactions among and between Hunter Biden, his family, and his associates with Ukrainian, Russian, Kazakh and Chinese nationals.”

Strassel pointed to a part of the report that appears to contradict an earlier claim from Joe Biden, who was running U.S.-Ukraine relations and policy for the Obama administration while his son Hunter helped the natural gas company fight corruption charges in Ukraine as a member of its board.

The report stated that State Department official George Kent, who testified during Trump’s impeachment hearings last year, and Amos Hochstein, the former U.S. special envoy and coordinator for International Energy Affairs, raised concerns of an ethical conflict of interest to the former vice president’s office, but that they fell on deaf ears.

"2) Joe Biden last year: "I have never spoken to my son about his overseas business dealings." That's pretty definitive, right? Yet according to testimony from former Obama official Amos Hochstein, he briefed Joe on his concerns about Hunter/Burisma in October 2015… ," Strassel wrote.

"4) So, Joe Biden was specifically briefed on the U.S. govs concerns about Hunter/Burisma, and he specifically brought up those concerns to his son. How does that comport with "I have never spoken"?? If Joe isn't asked about this at the debate, it will be journalistic malpractice," Strassel wrote.

The report not only points to "disturbing conflicts of interests" surrounding Hunter's business dealings while his father was vice president, but it punctures Joe Biden's claim that he was left out of the loop on his son's business dealings abroad, Strassel explained.

"6) This is all relevant given Biden's claim he is the more ethical choice in this election," she wrote. "Voters might legitimately ask if the wink-nod approach to Hunter's wheeling-dealing will be business as usual in a Biden administration."