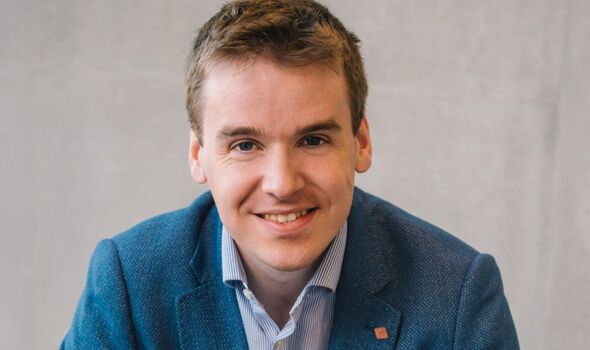 The deputy chairman of the influential Common Sense Group of Tory MPs Tom Hunt has hit out at Labour for not being serious about protecting Britain’s borders because he claims they are selecting candidates who have actively supported illegal migrants. Mr Hunt launched his attack when it emerged that his Labour opponent in Ipswich Jack Abbott had made several trips to the Jungle camp in Calais to help people there some of whom were preparing to enter the UK illegally.

Mr Abbott had visited Calais a number of times seven years ago to take food and clothes along with other supplies to the Jungle camp which at the time was described as housing refugees.

The Ipswich clash is a microcosm of ones taking place up and down the UK.

The row comes after Home Secretary Suella Braverman accused Labour of seeking a way of opening Britain’s borders to 100 million people displaced people worldwide by creating so-called “safe and legal routes” for them and turning “an illegal migrant crisis into a legal migrant crisis.”

Mr Hunt’s accusations against Mr Abbot have centred on fury in his Ipswich constituency over the Home Office’s decision to house illegal migrants who have come across the Channel on small boats.

The hotel is one of many around the country which have been requisitioned as almost 50,000 illegal migrants have crossed the Channel this year.

Dudley North MP Marco Longhi claimed that one planned to house migrants in his constituency is just 100 yards away from historic far-right riots.

Mr Hunt claimed that while he was fighting against the use of a hotel in his constituency his Labour opponent had been “silent” on the issue.

And he accused Labour of saying publicly that they wanted to control borders while selecting candidates who are in favour of open borders.

Mr Hunt said: “The people of Ipswich are rightly very angry that a major hotel at the heart of the Town is currently being used to accommodate those who have illegally entered our country.

“I’ve always wondered why the Labour candidate has been silent on the issue, maybe this is why.

“The Labour Party is trying to pretend it wants to control our borders but the reality suggests otherwise. Time and time again they have voted against all measures to try and control our borders. And now we’re seeing Labour candidates in key seats who not only are silent on the issue but are potentially even encouraging illegal immigration.

The Labour candidate for Ipswich will have to explain why he made multiple trips to an immigration camp where many were planning illegal entry to our country.”

In 2015 Mr Abbott spoke about going to help migrants in the camp in northern France.

At the time he said: “It’s unlike anything I’ve seen, you can’t believe it’s on your doorstep. Hundreds of shoes are donated to people but there are still some walking around in flip flops.

“I’ve been really fortunate to talk to a number of people about what life is like there, why they fled – some of the stories are unbelievable.”

But, in a reflection of the wider national debate, Mr Abbott this week hit back saying that the problem was a failure in Tory government policy.

He said: “This is pretty desperate stuff.

“In Ipswich, people are well used to the current MP trying to whip up division and not being in possession of many, if any, facts, but it is bizarre that he is trying to blame Labour for the Conservatives totally losing control.

“The reality is that his Government’s complete failure to crack down on human traffickers, process claimants and establish proper safe and legal routes has led to this chaos – hotels in Ipswich and across the country have now been seconded indefinitely as a result. In contrast, Labour has set out plans to tackle the criminal gangs operating in the Channel and to sort out the chaos in the asylum system.

“If Tom Hunt would like to spend his time castigating me for handing out children’s clothes, some blankets and a few books to people who had fled war zones seven years ago, that’s his prerogative, I just wish he’d focus a little bit more on doing his actual job.”

This week Labour again made it clear that it opposed plans to deport illegal migrants to Rwanda after the High Court ruled it the plan is legal.

There was a clash in the Commons where Home Secretary Suella Braverman claimed that Labour is pushing for an open border policy.

She said: “Would Labour give them all [100 million people] a safe and legal route to the UK?

“The fundamental reason that Labour can’t articulate a plan is because they cannot decide what they really want.