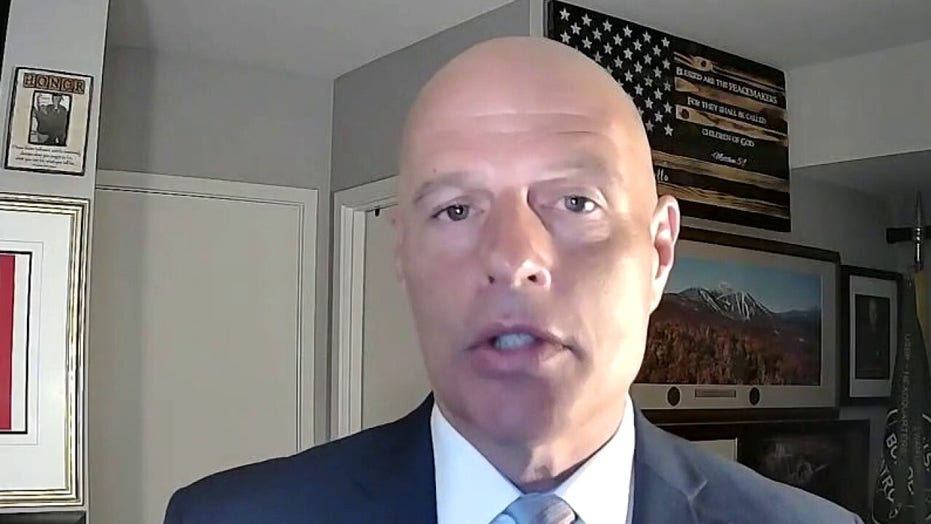 Ex-acting ICE director: ‘Chaos’ at border due to reversal of Trump immigration policies

The League of United Latin American Citizens (LULAC) is calling on President Biden to stop governors of several states from sending law enforcement officers and National Guard members to the southern border.

In a letter sent to the White House on Sunday, LULAC National President Domingo Garcia called out Texas, Arizona, Nebraska, Idaho, Florida and South Dakota for sending personnel to the border, claiming that it was an “insurrection” by a group of states improperly using their resources.

“President Biden, as the commander in chief of the Army and Navy of the United States, and the militia of the several states, you have authority to prevent this usurping of federal powers by a few recalcitrant and rebellious states,” the letter said. “If you cannot stop this additional insurrection, we request that you deploy federal troops to defend the rights and lives of Hispanic Americans on the border.”

Responding to news that a private donor was funding National Guard members from South Dakota, Garcia said this was “tantamount to relegating our armed forces to a ‘pay for hire’ status on any whim or desire that the donor citizen can afford to pursue,” and accused South Dakota Gov. Kristi Noem of seeking “an opportunity to score political points.”

The deployment of law enforcement and National Guard members had been requested by Abbott and Arizona Gov. Doug Ducey, who asked for help in a June letter to other governors.

“On behalf of Texas and Arizona, we respectfully but urgently request that you send all available law-enforcement resources to the border in defense of our sovereignty and territorial integrity,” their letter said.

Fox News reached out to the White House for comment but they did not immediately respond.

On Monday, the day after LULAC delivered their letter to the White House, Ohio Gov. Mike DeWine authorized Ohio State Highway Patrol officers to head to Texas to help law enforcement at the southern border. DeWine is sending 14 highway patrol troopers and supervisors to the border, according to local Fox19. They are expected to stay for two weeks.

This comes after DeWine previously announced that he was activating and deploying 185 members of the Ohio Army National Guard, following a request from the Department of Homeland Security and the National Guard Bureau.

The National Guard members are set to head to the border later this year to provide non-law enforcement assistance to U.S. Customs and Border Protection. They will join 115 members who have already been sent from the state, in addition to approximately 3,000 who were requested from other states.