Home » Politics » Levelling Up: Gove to be asked to help take the Ryder Cup to Bolton 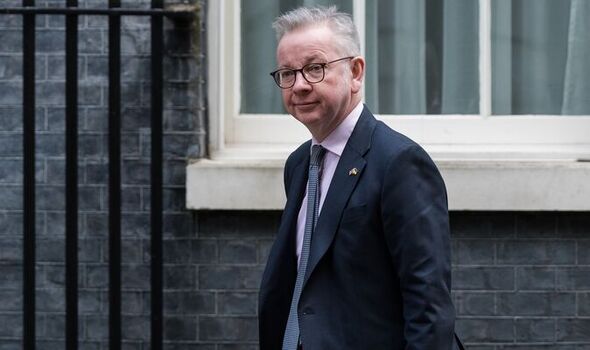 The Sunday Express has learnt that the developers behind the Hulton Park in Bolton bid to host the Ryder Cup in 2031 are planning to appeal a decision by the local council to reject it. If the developer Peel goes ahead with the appeal Mr Gove, the Levelling Up and Communities Secretary, will be asked to call it in and review the decision.

Supporters of the project argued that if it succeeded in bringing in the Ryder Cup between Europe and the US it would put Bolton on the international map.

More importantly, it would create more than 1,000 jobs and bring in more than £1.5 billion of investment into the area, according to its backers.

The development was being billed as one of the most high profile levelling up projects as part of Boris Johnson’s agenda to spread prosperity round the UK.

Its rival was the London Course in Kent which is now set to get the major competition after councillors in Bolton rejected the development after dozens of protests from local residents at the loss of green belt land and traffic and road issues.

The scheme would have also seen 1,086 new houses built.

A source close to the project said that an appeal is “highly likely” pointing out that the original plan was agreed by the council in 2018 and supported by former Communities Secretary Robert Jenrick in 2020 with the modified version rejected by the council last month.

A Tory donor in the North, who has asked not to be named, has also hit out at councillors in his party who rejected the scheme.

The donor said: “Conservative MPs and council leaders must stop blocking opportunities to level up, or face obliteration.”

He described the rejection as “morally unforgivable to allow NIMBYism to destroy opportunities in disadvantaged areas.”

A Legatum Institute paper, published in 2021, highlighted Bolton as one of the most deprived areas in the UK.

The donor added: “It is becoming far too common for so-called Conservatives to blame others for a lack of levelling up.

“Decisions such as these are morally inexcusable. I sincerely hope that we never see a council member claiming they are pro-growth or pro-jobs; clearly actions speak much louder than words.

“We have, especially in the north, a very simple choice to make. If we are content with being left behind, then we must continue to reject opportunities in favour of the south east.”

Speaking following the decision, Richard Knight, Director of Planning and Strategy at Peel L&P, said: “We’re disappointed by this outcome. Bolton has quite possibly missed out on the biggest investment in its history.”

But ahead of the decision Tory council leader Martyn Cox spoke out against the proposal.

He said: “‘This is an extraordinary development and on the other hand the campaigners against are committed and moderate.”

But local residents claimed that after the Ryder Cup the golf course would be dug up to build more houses with the development destroying the heritage of the area.

One objector, Elaine Taylor, said: “This beautiful Georgian landscape will be carved up by this proposal.

“We are the custodians of this park, let’s respect our heritage.

“Our legacy is this park with two lakes, two waterfalls, copses and hundreds of trees, it’s English history on its doorstep.”