King and Liz Truss arrive at Buckingham Palace for audience

Talks with US president Joe Biden were pulled in favour of a longer formal meeting in New York this week. But Ms Truss held talks with Canada’s Justin Trudeau, Polish president Andrzej Duda and Irish counterpart Micheal Martin in a day of soft diplomacy.

Mr Martin described the meeting as “warm” and said there was an opportunity to “reset” relations after tensions over how the exit settlement with the EU is being imposed in Northern Ireland.

He said: “I’ve had a good telephone conversation last week with the British Prime Minister, had an initial warm meeting this morning where we discussed many issues in the context of the British-Irish relationship.

“But I do think the opportunity is there for us to reset relationships and to be conscious of what we achieved in previous years, the obstacles that were overcome then.

“And that gives us the strength to know that we have the capacity to overcome current obstacles, current issues that potentially could impede the relationship, and I believe we can overcome them.” 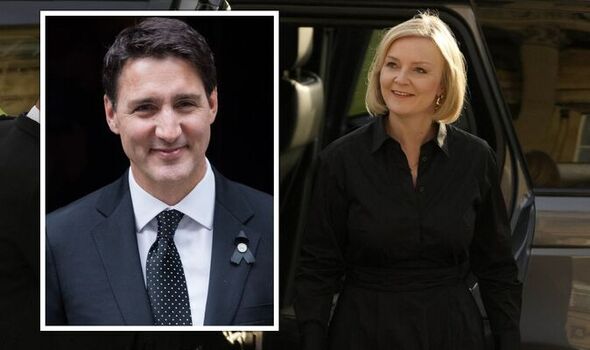 Ms Martin said the late Queen “made an enormous contribution” to reconciliation and Anglo-Irish relations through “her authentic actions” and signed the book of condolence at Lancaster House.

“In sympathy with King Charles, the royal family, and British people, on the passing of HM Queen Elizabeth, who did so much for reconciliation on these islands,” he added.

Ms Truss attended an audience with the King in the 1844 room at Buckingham Palace in between meetings with international leaders and was greeted with a warm smile by the new monarch.

The funeral of the late Queen has brought together international leaders on an unprecedented scale.

It is the first opportunity Ms Truss has had to meet key figures since she became prime minister just a fortnight ago.

Ms Ardern said that she believes her country is likely to become a republic in her lifetime but she will not instigate the process.

The New Zealand Prime Minister dismissed suggestions that being made to travel on a bus to the funeral with other world leaders was an issue. Only President Biden is believed to be travelling in his own transport.

Ms Ardern said: “I’m kind of interested there’s so much fuss about the bus, I don’t think the bus warrants too much fuss. When we came here for CHOGM (Commonwealth Heads of Government Meeting) we used buses for transport… it just makes good sense. We’re a very practical people.”