Home » Politics » 'We're looking into the abyss': Conservative MPs are on the brink of bringing down Theresa May 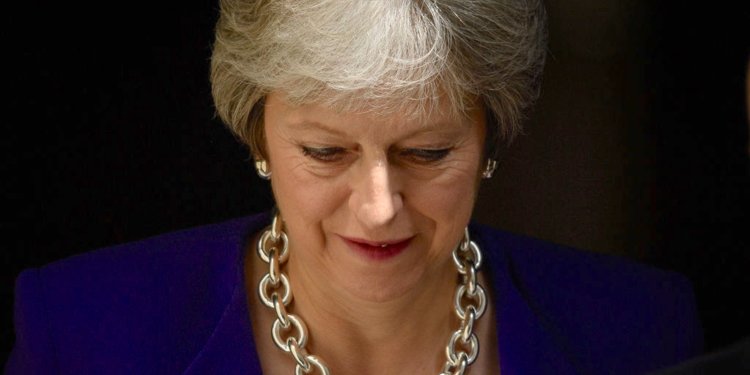 LONDON — “We’ve looked into the abyss in the last few days and we’ve all got a decision about what to do.”

These are the words of Conservative MP, Simon Clarke, as he stands in a wood-lined corridor inside the UK Houses of Parliament on Wednesday evening. He is surrounded by about 20 political journalists, after having just confronted Prime Minister Theresa May about her leadership of the party.

Just moments before, May had emerged from a private meeting with Clarke and dozens of other Conservative MPs having sought to reassure them that she is still fit to lead them after what has been the most chaotic and perilous week of her leadership so far.

In recent days the prime minister has lost two senior members of her Cabinet plus multiple ministers and junior government aides, who all resigned in protest over her handling of Brexit.

In the hours before the meeting, her former foreign secretary delivered a withering assessment of her leadership to the House of Commons, accusing her of pursuing “Brexit in Name Only” and suggesting a “fog of uncertainty” has descended over her premiership.

The darkest moment of all for May came on Tuesday night when her government lost one vote on Brexit legislation and only narrowly defeated another amendment on staying in a customs union with the EU, which had it passed, would have almost certainly triggered a vote of no confidence in her leadership and ultimately a general election.

For Clarke, it has been a painful and emotional few days.

Theresa May alongside her Chancellor Philip Hammond and the former Foreign Secretary Boris Johnson.
Getty

“It has brought the Conservative party to breaking point frankly,” he told assembled journalists.

“We’re looking into the abyss… I looked around the chamber after we lost that vote and it is a horrible feeling. It’s a blow in the stomach for all of us.”

Clarke is one of around 40 Conservative MPs who had submitted a letter calling for a no-confidence vote in May. This number is perilously close to the 48 that is required to trigger a leadership challenge and in recent days government whips have been pressuring MPs such as Clarke to withdraw their letters.

Among the tactics used by whips has been to warn MPs that any threat to May would lead to a general election. After suffering what was a truly disastrous campaign in 2017 when May lost her parliamentary majority and came perilously close to allowing Labour leader Jeremy Corbyn into Downing Street, many Conservative MPs are understandably reluctant to risk another election so soon.

“The threat of a Corbyn government or of no Brexit at all has to be borne in mind,” Clarke explains.

“A Conservative civil war is not where we want to be at this time.”

For Clarke, the Corbyn threat has worked. After May addressed her MPs, Clarke stood up and told the prime minister that he had decided to withdraw his letter calling for a vote of no confidence in her.

Afterwards, he told journalists that while he continues to have “grave concerns” about May’s leadership he is willing to give her one last chance.

“The mood in the parliamentary party is very clear: ‘thus far and no further’ and that is a widespread sentiment among colleagues.”

He added: “I don’t want to go into the summer feeling like I have done over the past few days, which is that the party is at war with itself…

“There will be a moment of truth… but it’s is not for me to force that [moment] by the distraction of a leadership challenge.” 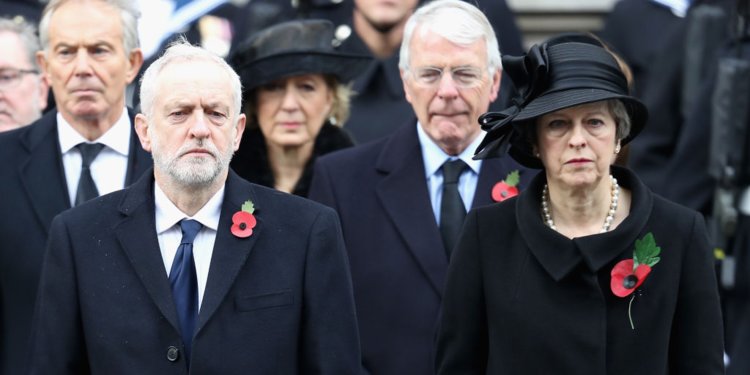 For May, that “moment of truth” is likely to come in the autumn when she finalises whatever deal she is able to secure from the EU.

If and when she manages that, she will then have to convince her own MPs that the deal is worth signing up to. The evidence from this week is that this will be a phenomenally hard task for her to achieve.

The UK government has taken the best part of two years to come to an agreed position on Brexit and only at the expense of a series of resignations and rebellions from Conservative MPs.

And yet even after that painful process has concluded, the agreed position is still highly unlikely to be acceptable either to the EU, or ultimately the UK parliament. So while May appears to have passed this week’s moment of maximum threat to her leadership, it still feels only like a stay of execution, rather than a full reprieve.

May remains on the brink 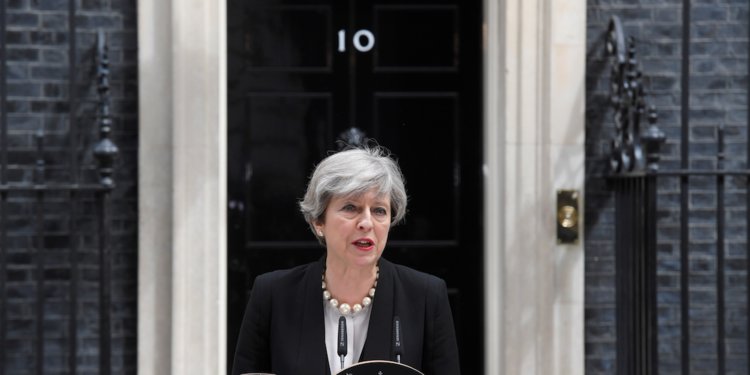 After leaving the meeting, May returned to Downing Street where she hosted a summer drinks reception for around 100 political journalists in the back garden of Number 10.

She seemed relatively relaxed as she chatted about the World Cup, Wimbledon and the recent visit of Donald Trump. Her aides too, seem relieved that they have reached the end of what one of the worst periods of her premiership.

It could have all ended very differently, however. Defeat on the customs union vote would have undoubtedly triggered a full-scale challenge against May and Boris Johnson’s speech, instead of being a parting shot at May, could have been the opening fire in a full-scale leadership challenge.

Thankfully for May, Boris’ appeal appears to have waned with his party. Following his speech yesterday, one Brexiteer Conservative MP told Business Insider that Johnson’s chaotic period in charge at the Foreign Office, during which time he became embroiled in a series of gaffes and scandals, had fatally damaged his chances.

“He had an opportunity to prove he was a serious politician and he f***ed it up,” the MP said curtly.

This combination of a lack of credible rivals and the threat of a Corbyn government have been enough to stave off a challenge to May. Indeed, it is this combination of her own weakness and the weakness of her party, that is some senses her greatest strength.

Yet as the evening draws to a close in Westminster there is a lasting sense that May is living on borrowed time in Downing Street.

While her party may have stepped back from pushing May into “the abyss” this week, that has only been because they are worried about being dragged into it with her.

And as the government heads ever closer to it’s final “moment of truth” on Brexit, that calculation could rapidly change.