Sunday’s nationwide ballot was a disaster for the French President, with exit polls revealing the conservative Republicans party as the winners. National, Mr Macron’s La République En Marche received less than 10 percent of the vote. The regional elections were also humiliating for eurosceptic Marine Le Pen, the leader of the far-right National Rally, who also failed to make any significant breakthroughs.

The vote is seen as a key indicator of how both Mr Macron and Me Le Pen might do in next year’s French presidential election.

In an election marred by a record low turnout of around 35 percent, French voters offered their support to centre-right and socialist politicians.

Their parties had previously been decimated at the national level by Mr Macron and his party in the 2017 presidential and legislative elections. 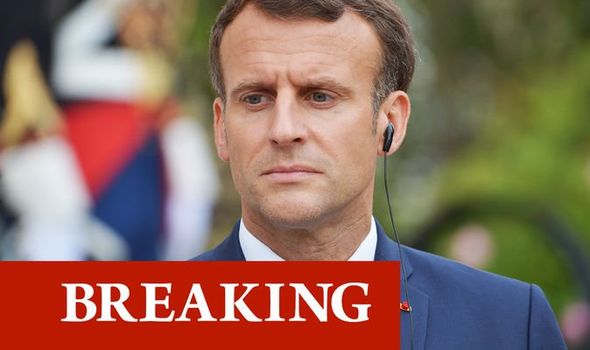 Xavier Bertrand, leader of the Republicans, saw off a predicted far-right challenge to secure re-election in the northern region of Hauts-de-France.

He used the victory to reaffirm his ambition to stand against Mr Macron and Ms Le Pen in April’s presidential ballot.

Mr Bertrand said: “This result gives me the strength to go and seek the support of all the French.

“History will relate that twice here in the territory of Hauts-de-France the Front National has been stopped and we have pushed them back.”

Others in his centre-right party also celebrated the fact that they’d overcome a perceived challenge from Ms Le Pen’s outfit.

Laurent Wauquiez, who was re-elected for the Republicans in Auvergne-Rhone-Alpes, said: “Tonight the extremes have retreated al long way in our region because we leave them no space.”