The sweeping reform bills also remove protections in police due process for alleged misconduct that critics say have impeded accountability and will now give civilians a role, The Baltimore Sun reported.

The reform package also increases the civil liability limit for officers from $400,000 to $890,000 and an officer convicted of using excessive force causing serious injury or death could face 10 years in prison. It also sets a new statewide standard for what is deemed “necessary” force.

Within the reforms, officers will also be limited to daytime for “no-knock” raids, except for emergencies, and body cameras will be mandated by 2025.

Supporters of the bills call them “citizen-centered” and a necessary reaction to protesters who “demanded change” last year, but critics say the reforms go too far and are “anti-cop.”

Hogan explained in his vetoes that he thought the bills would “further erode police morale, community relationships, and public confidence.”

“They will result in great damage to police recruitment and retention, posing significant risks to public safety throughout our state,” he wrote.

“They will result in great damage to police recruitment and retention, posing significant risks to public safety throughout our state.” 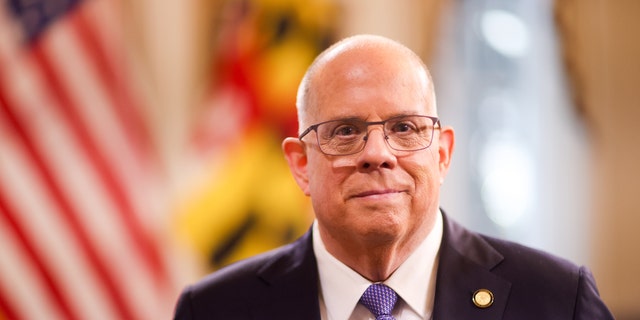 Republican state Sen. Robert Cassilly, said the reform package “allows for hindsight review of folks sitting in the easy chairs to judge people who made split-second decisions in volatile situations.”

Democratic state Sen. Charles Sydnor, who sponsored one of the measures, said “Last year, I attended and participated in multiple demonstrations of people demanding change — the young and the old, people of all races and walks of life. With so many situations being thrust before our eyes, we could no longer deny what we see, and I thank my colleagues for believing their eyes and listening to the majority of Marylanders.”

Maryland approved the nation’s first Law Enforcement Officers Bill of Rights in 1974, and about 20 states have adopted similar laws setting due process procedures for investigating police misconduct. Maryland is the first to repeal the law.

Critics of Maryand’s police Bill of Rights called it one of the most “extreme” in the nation, according to The Sun.

On Friday Democratic state Del. Vanessa Atterbeary accused Hogan of not standing with “Black & Brown people in the state of MD! He has missed the NATL MOVEMENT calling for #PoliceReform & #PoliceAccountability. SHAME ON HIM. He is telling the victims of #PoliceBrutality & their families that their lives don’t matter. He is telling Black Marylanders that systemic racism in policing doesn’t exist here. SHAME ON HIM,” she tweeted.