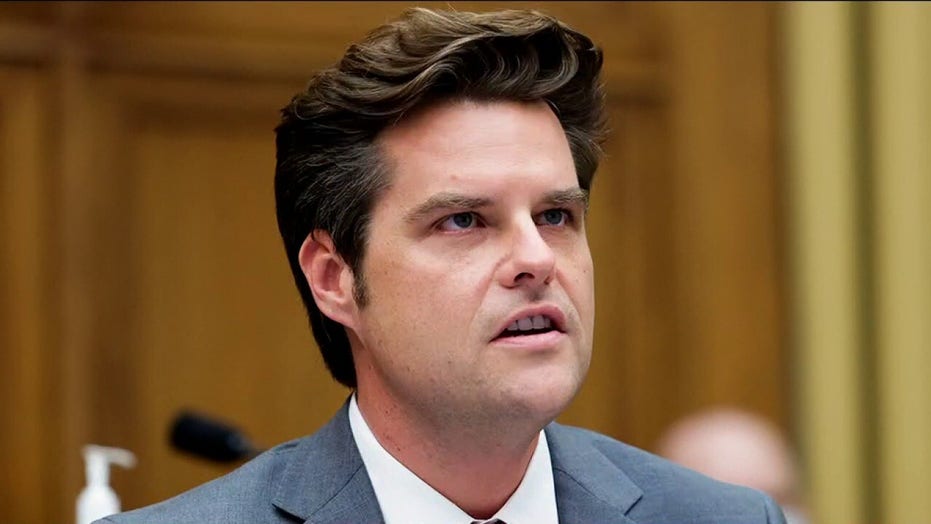 Rep. Matt Gaetz, R-Fla., is under investigation by the Department of Justice over whether he had a sexual relationship with a 17-year-old girl and paid her to travel with him, sources told the New York Times.

The sources said investigators are looking into whether Gaetz violated federal sex trafficking laws. Numerous laws deem it sex trafficking to solicit a minor across state lines in exchange for money.

“My father has even been wearing a wire at the FBI’s direction to catch these criminals. The planted leak to the FBI tonight was intended to thwart that investigation,” he continued. “No part of the allegations against me are true, and the people pushing these lies are targets of the ongoing extortion investigation.”

“I demand the DOJ immediately release the tapes, made at their direction, which implicate their former colleague in crimes against me based on false allegations,” he concluded.

In an interview with Axios, Gaetz said: “I believe that there are people at the Department of Justice who are trying to criminalize my sexual conduct, you know when I was a single guy,”

Gaetz told Axios he was “unclear” of the specific allegations and he’d been told “very little.”

He showed Axios screenshots of text messages and emails in the alleged extortion scheme, which he said was being run by a former DOJ employee.

Gaetz said his lawyers were told by the DOJ  that “I was not a target but a subject of an investigation regarding sexual conduct with women.”

Asked what the charges might relate to, Gaetz said: “I have definitely, in my single days, provided for women I’ve dated. You know, I’ve paid for flights, for hotel rooms. I’ve been, you know, generous as a partner. I think someone is trying to make that look criminal when it is not.”

Axios also reported Tuesday that Gaetz was eyeing an early exit from Congress to join Newsmax.

Three sources told the Times that the investigation into Gaetz is part of a broader probe into Gaetz’ ally, former Seminole County tax collector Joel Greenberg, who is facing a slew of charges, including sex trafficking of a child.