Health Secretary Matt Hancock issued a plea during his appearance on the Andrew Marr Show that secondary school children have until tonight to get a coronavirus test before they return to classrooms on Monday. Education Secretary Gavin Williamson has also been pushing for the tests stating they “break the chains of transmission”. It comes as 50 million tests have been taken by pupils since early January and as the Government opens up the vaccine programme to under-30s.

Mr Hancock appeared on the Andrew Marr Show on BBC and after facing a tough grilling from the journalist was told he was running out of time.

But the health secretary insisted he got one final message out.

He told viewers: “One thing I must say on testing, tomorrow school children are going back after half term.

“You must get your test done this evening, you should have your tests given to you before half term.

“Because right now children getting that test done tonight is the most important thing that can happen today.” 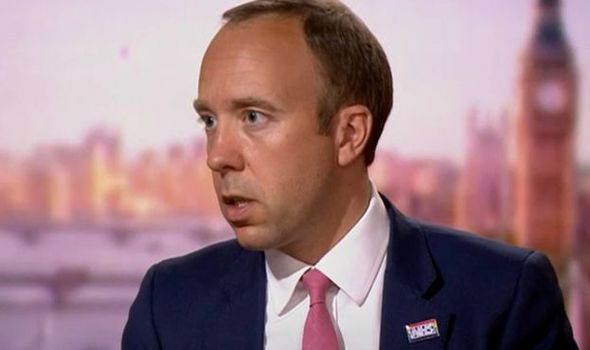