David McCormick, U.S. Senate candidate in Pennsylvania, explained why he believes Trump is doubling down on his endorsement of Dr. Oz in the race.

U.S. Senate candidate in Pennsylvania and former Bridgewater Associates CEO, David McCormick, called out Trump-endorsed Dr. Oz's "struggling" campaign on "Mornings with Maria," Monday, ahead of the hotly contested primary race. McCormick argued Dr. Oz is not "getting momentum" because he is not "conservative," citing his record on a variety of issues.

DAVID MCCORMICK: President Trump endorsed Mehmet Oz, and I understand why he's doubling down on that, because Mehmet Oz is really struggling. He's not getting momentum. And the reason he's not getting momentum is he's not conservative. And you can go back and look at his entire track record, whether it's his views on pro-abortion or pro-Obamacare or anti-fracking or pro-transgender transitions for kids or anti-gun, he's got a whole lifetime in the last 20 years, in his own words, of taking positions that are completely opposed to Pennsylvania voters and Pennsylvania conservatives. And so this isn't really about anybody's endorsement. This is about a race between Mehmet Oz and I to determine who can best represent Pennsylvania as an America-first conservative.

WATCH THE FULL INTERVIEW FROM "MORNINGS WITH MARIA" BELOW: 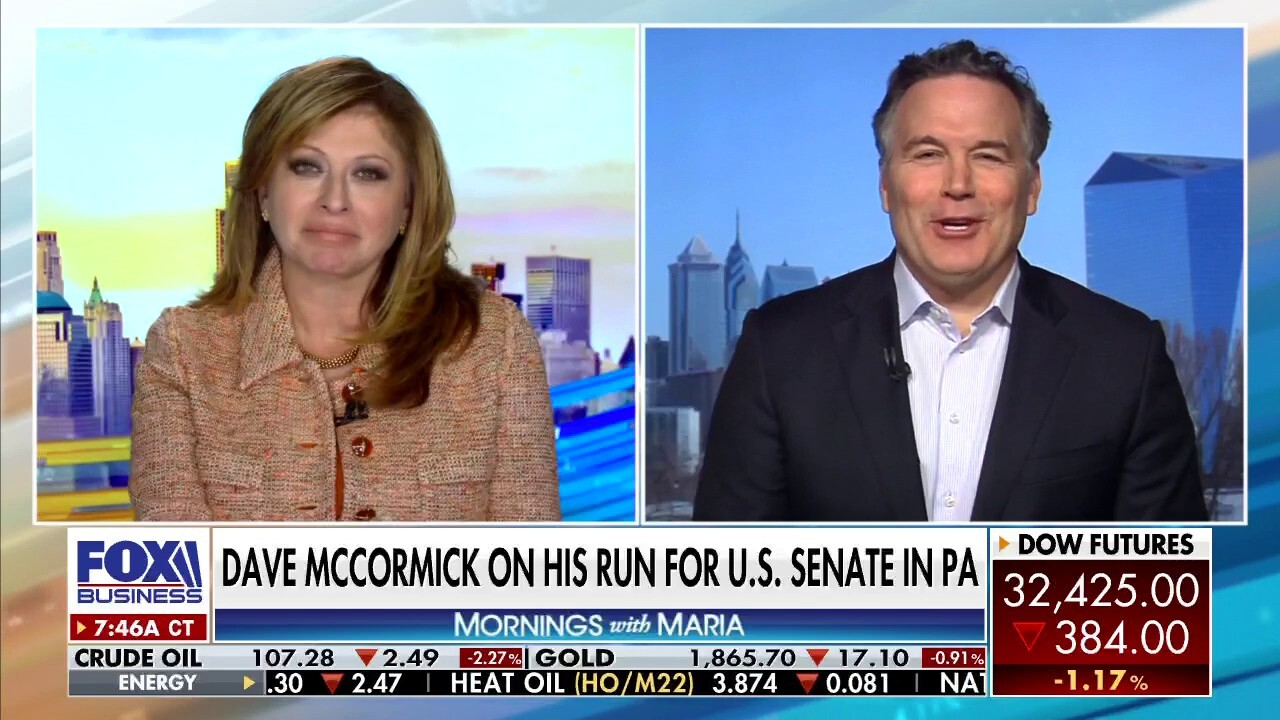 McCormick: Trump ‘doubling down’ on Dr. Oz endorsement because his campaign is ‘struggling’