Somebody had to pay for Bruce Springsteen to rock the Lincoln Memorial, Katy Perry to belt “Firework” as actual fireworks exploded over the Washington Monument, and Tom Hanks to narrate President Joe Biden’s star-spangled inauguration festivities.

Insider interviews and an analysis of new congressional lobbying records revealed that Biden has the numerous corporations to thank — from defense contractors to health insurers to financial firms — that together spend tens of millions of dollars each year lobbying the federal government.

The interviews and records provide a partial and early picture of how some of the nation’s wealthiest and most politically connected entities lavished Biden’s inaugural celebration with big money.

Biden’s inaugural committee chose to accept most corporate and union contributions — it excluded fossil fuel companies and executives — of up to $1 million.

Although it vowed to reject contributions from individual, registered federal lobbyists, Biden’s inaugural committee accepted money from corporations who in turn hire lobbyists to influence federal policies, rules, and regulations on their behalf.

Biden treated top-dollar inauguration donors to a host of perks, including VIP treatment at inaugural events, access to a “virtual event” with Biden, Vice President Kamala Harris, and their spouses, and tickets to a “future in-person event.”

In early January, Biden’s inaugural committee voluntarily posted on its website the names and states of inauguration contributors and stated it “is committed to transparency.”

But these online disclosures — a White House spokesperson declined to say why — disappeared from Biden’s inaugural website after January 27. And Biden’s inaugural committee never disclosed the dates and dollar amounts of any donation it received.

Federal law requires Biden’s inauguration committee to reveal full information about its financial backers by filing details with the Federal Election Commission within 90 days after the January 20 inauguration.

Federal law does not, however, require the Biden inauguration committee to reveal any information to the FEC about how it spent its money or who it paid to conduct various events and celebrations surrounding Biden’s inauguration.

The Biden inauguration committee has not voluntarily released information about its spending.

“The Inauguration Committee will comply with any financial disclosure requirements,” the White House said in a statement to Insider. The White House did not answer several detailed questions from Insider about the inauguration’s finances and accounting.

Here is who Insider has identified as a Biden inauguration donor and how much money they contributed. This list will be updated as new information is obtained: 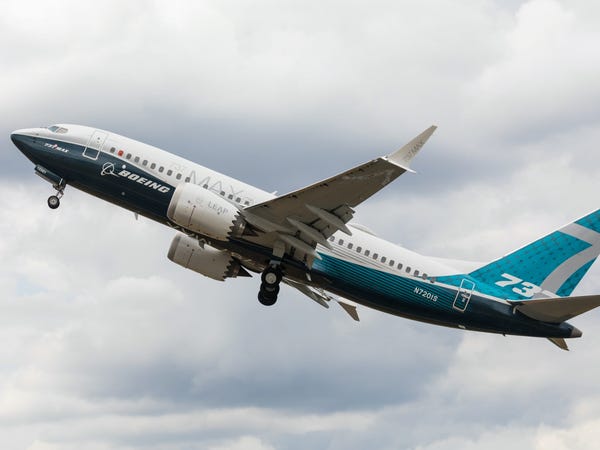 Aerospace giant Boeing, one of the nation’s most prominent defense contractors, confirmed to Insider that it contributed $1 million to Biden’s inaugural committee.

The contribution is “consistent with our past contributions over the last several inaugurals for Republicans and Democrats alike,” Boeing spokesperson Bryan Watt said in an email.

In January, Boeing paid $2.5 billion to settle federal charges that it tried to defraud the Federal Aviation Administration during the grounding of its 737 Max airplanes.

During 2020, Boeing spent $12.63 million on federal lobbying efforts, according to congressional lobbying disclosures. Its roster of more than 80 lobbyists includes Brian Ballard, who was a top political fundraiser for former President Donald Trump.

Since 2008, Boeing has never spent less than $12 million on federal lobbying efforts during a calendar year, according to the nonpartisan Center for Responsive Politics. 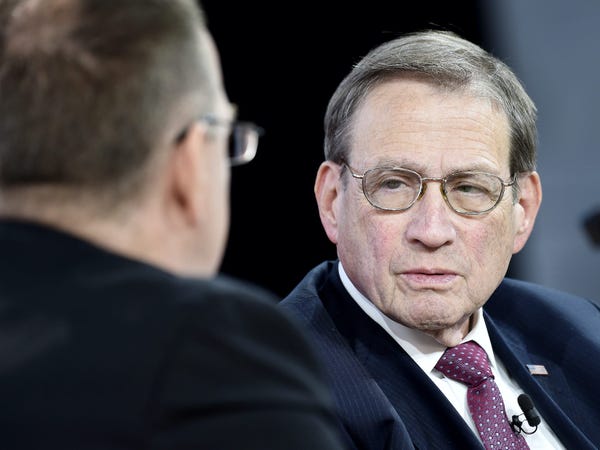 The Biden campaign listed Michael F. Neidorff, Centene’s CEO, as one of its top fundraising “bundlers” during the 2020 campaign.

Centene and its subsidiaries spent $5.46 million on federal lobbying efforts during 2020, according to congressional lobbying disclosures. 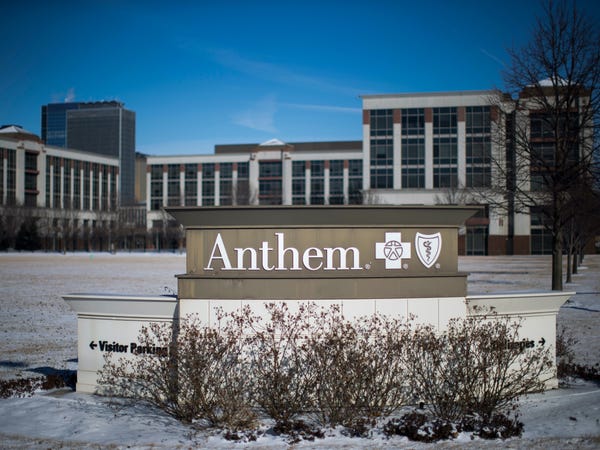 Anthem Inc., another Fortune 500 health insurance and managed care company — and the largest player in the Blue Cross Blue Shield federation — gave Biden’s inaugural committee $125,000 on December 11, according to a disclosure filed Friday with Congress.

Anthem spent about $4.2 million on federal-level lobbying efforts in 2020, and has spent anywhere from $4 million to $6.5 million annually on federal lobbying since 2009, according to federal records compiled by the Center for Responsive Politics.

Representatives for Anthem did not immediately return requests for comment. 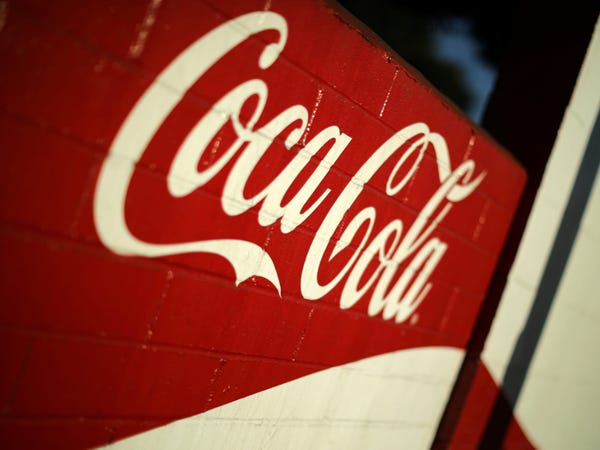 Coca Cola Co. confirmed to Insider in early January that it contributed $110,000 to the Biden inauguration.

That includes $50,000 in cash and $60,000 worth of commemorative Coca-Cola bottles “donated in recognition of the historic election of Biden and Vice President-elect Kamala Harris,” the company said in a statement.

The company did not appear on a voluntary donor disclosure list that the Biden inauguration released in early January.

Coca-Cola has also spent between $6 million and $10 million annually in recent years on federal-level lobbying efforts, ranking it among the more powerful lobbies of any sort in Washington, DC. 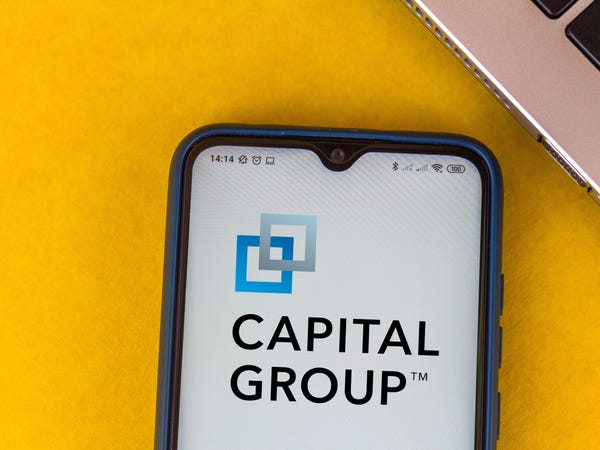 The Capital Group Companies Inc. — a major financial services and investment management firm — contributed $50,000 on December 30, it reported to Congress.

Representatives for the Capital Group Companies did not immediately return requests for comment. 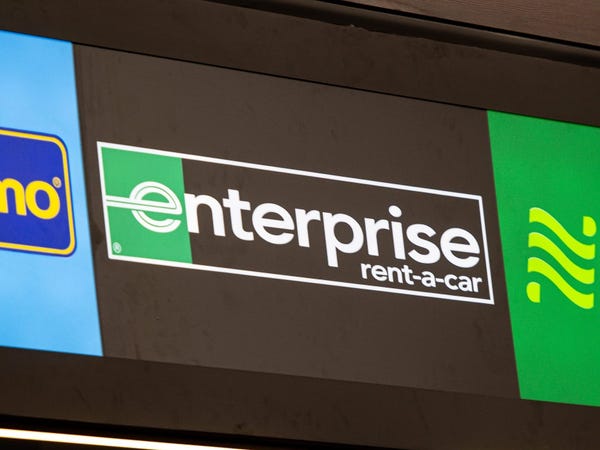 Enterprise Holdings spent $726,000 on federal lobbying efforts in 2020 and has spent at least half-a-million dollars lobbying the federa government each year since 2015, according to federal disclosure data compiled by the Center for Responsive Politics.

Other corporate and union donors 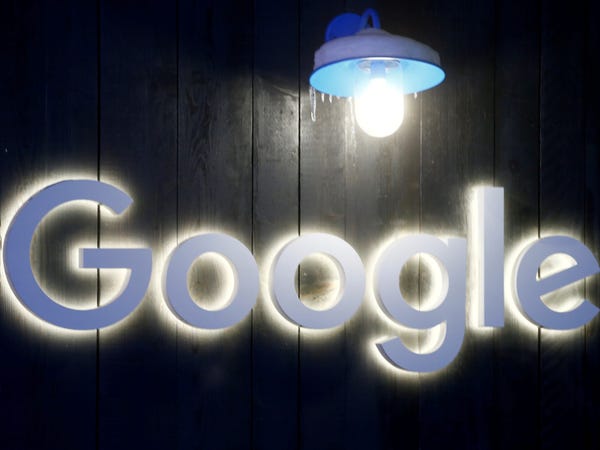 In early January, the Biden inauguration committee, which is organized as a 501(c)(4) “social welfare” nonprofit, voluntarily disclosed the names of more than two-dozen other corporations and labor unions that contributed money.

Many lobby the federal government or have government contracts. But the Biden inaugural committee did not say how much money these donors gave.

One company on that list — Holland & Knight — is a lobbying firm that last year earned nearly $28 million from its working lobbying the federal government on behalf of dozens of clients.

These clients include the American Chemistry Council, Bacardi Ltd., CrossFit Inc., the Financial Services Institute, Spirit Airlines, and Thomson Reuters, as well as the municipal governments of Atlanta, Philadelphia, Phoenix, Seattle, and West Palm Beach, Florida — next door to where former President Donald Trump now lives at his Mar-a-Lago resort.

Bank of America, Ford Motor Co., and Aflac, although not on Biden’s disclosure list, previously indicated to Insider that they would make contributions to the president’s inauguration.

During his presidential campaign, Biden took a hard line against lobbyists and offered several detailed proposals to tighten lobbying rules and increase transparency.

“As president, he’ll enact legislation to bar lobbyists from making contributions to, and fundraising or bundling for, those who they lobby,” Biden’s campaign platform stated. “This legislation will be designed to ensure that the public knows as much as possible about the political spending of those who seek to influence officeholders and other government officials.  Any lobbyist contribution must be disclosed within 24-hours, and any lobbyist-hosted fundraising event must be disclosed before it occurs.”

It added: “Disclosure requirements are riddled with loopholes, so lobbyists can coordinate a PR campaign without ever disclosing their work.”

By law, the Biden inaugural committee must publicly disclose full information about its donors within 90 days after the January 20 inauguration. 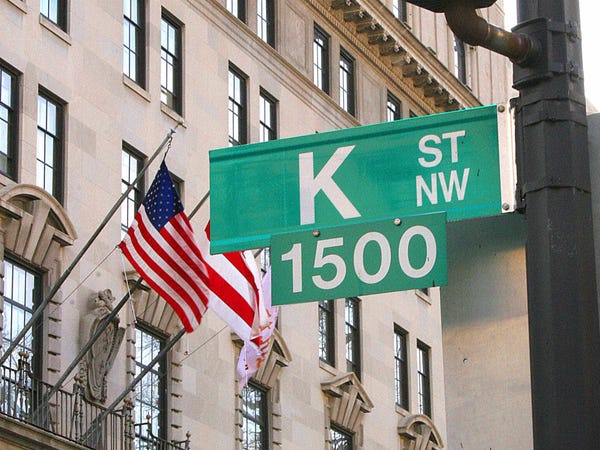 But a new filing with the US Senate indicates that a registered lobbyist — Matt Ward of government relations firm Sustainable Strategies DC — made a token contribution of $25 on December 1.

General Electric lobbyist Theresa Peterson also reported in a congressional filing that she contributed $217.35 to the Biden inauguration on December 12. In a statement Sunday to Insider, GE said: “We’re aware of the donation and have already requested that it be returned.”

A White House spokesperson told Insider that the inaugural committee would “return any contributions that do not comply with the Committee’s rules.”

Get the latest Bank of America stock price here.