Home » Politics » Michael Goodwin: Facebook is too big to regulate, too popular and too important for Congress to tackle 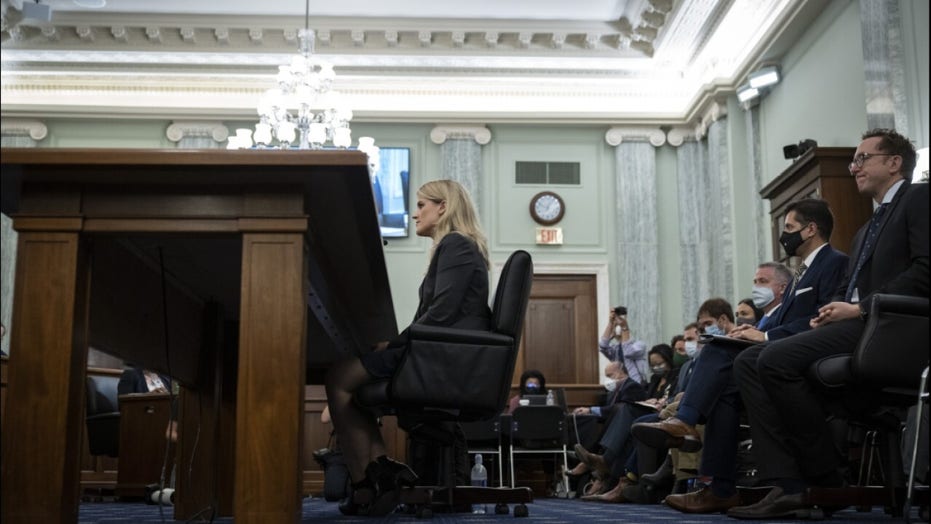 The news that the Facebook whistleblower would tell her story to Congress electrified Washington and the tech giant’s critics. Senators from both parties were salivating and whistleblower Frances Haugen didn’t disappoint, with an incisive condemnation of how her former employer knowingly enticed children and young teens in an insatiable dash for cash.

“There is no accountability” for Mark Zuckerberg, Facebook’s founder and CEO, said Haugen, who believes the company repeatedly lied about the content of its internal research.

She released documents showing Facebook hid Instagram’s negative effects on teens’ mental health and revealed how it exempts popular ­users from rules, failed to block drug cartels and human traffickers from its platforms and said America’s ­national security was jeopardized. 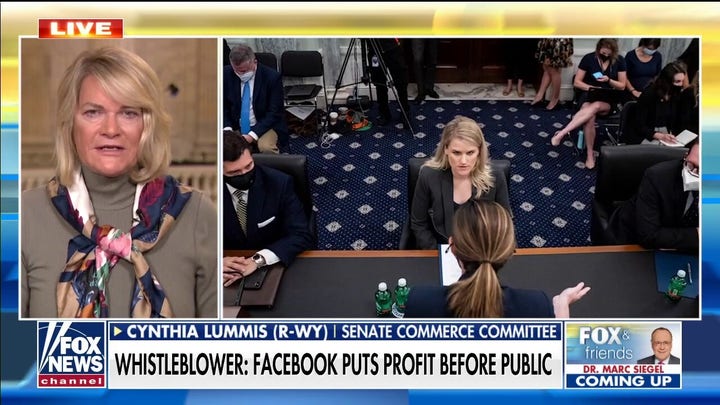 “The documents I have provided to Congress prove that Facebook has repeatedly misled the public,” Haugen said. “I came forward at great personal risk because I believe we still have time to act.”

She was a compelling witness, and having told her story first to The Wall Street Journal and then “60 Minutes,” Haugen was able to shape her testimony into a simple morality play about good and evil rather than present confusing data and jargon about algorithms. It made for captivating television, and the ­bipartisan amen chorus in Congress would lead any mildly informed observer to believe that Congress is about to drop the hammer. 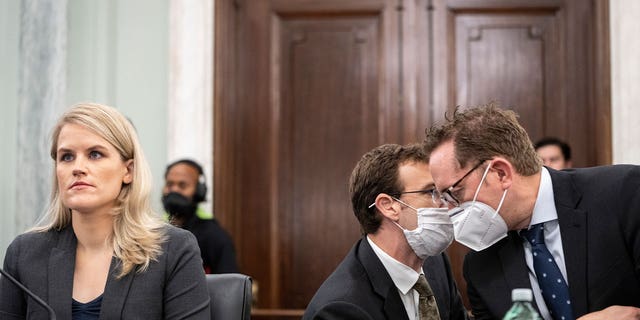 All the years of huffing and puffing about Big Tech’s abuses, then doing nothing, would come to an end because Haugen had delivered the goods. Finally, the company had gone too far and Congress would punish it.

Or maybe not. Because even as she was laying bare some of the dirty ­secrets, investors weighed in with their own verdict by buying Facebook stock and driving up the price. Whatever Congress is going to do, if anything, Wall Street apparently doesn’t think it will have much of an impact on profits, which hit a staggering $30 billion last year. 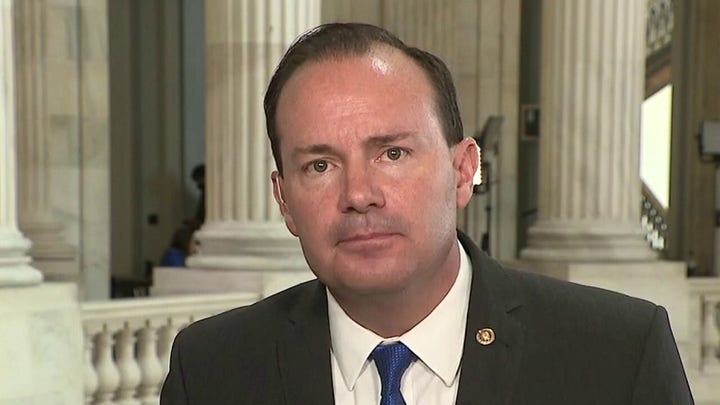 The day offered a perfect snapshot of America’s love-hate relationship with Facebook and its subsidiaries, including Instagram, WhatsApp and Messenger. Indeed, the wailing over the six-hour outage the company suffered Monday confirmed not just the addictive quality for some of its nearly 3 billion users, but also the fact that advertisers and many businesses, especially small ones, are ­utterly dependent on Facebook’s platforms to reach the public.

Wall Street reacted to Monday’s outage by selling the stock, knowing the shutdown would directly hit the bottom line. That hit scared investors far more than anything Congress might do, with the stock recovering Tuesday much of what it lost Monday.

The result is that, despite Haugen’s bold move to pull back the curtains, there is no universal confidence that Congress will take big action. It is more likely the headline risk of her claims will soon fade, just as it has after many previous accusations. 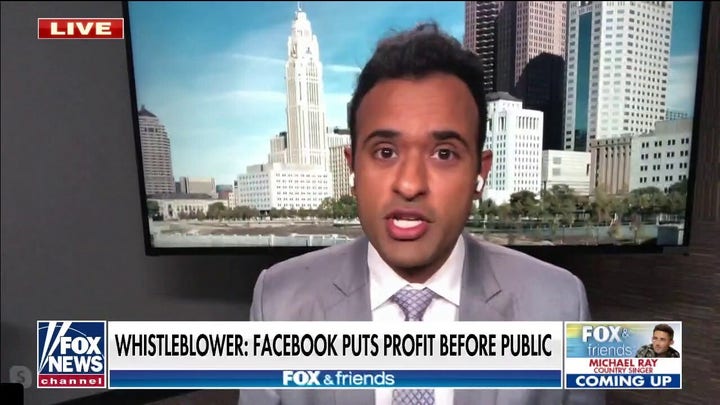 After all, Zuckerberg has testified on numerous occasions and left many in Congress furious with his evasive, filibustering answers. Yet nothing but hot air followed, and several senators actually complained Tuesday that lobbyists for the company and other tech firms had succeeded in buying off their colleagues. Naturally, no names were mentioned.

Although the Journal probably will win a Pulitzer and other prizes for its coverage, the likelihood that the past will be prologue when it comes to major regulation reflects two larger truths about American society.

The first is that, in too many areas, the nation is paralyzed in the face of large problems and public polarization. In this case, Congress’ inability to act even when most members say it must reflects the complexity not only of Facebook’s technical operations, but its general popularity.

It’s not too big to regulate, it’s too popular and too important in the lives of many users and businesses.

Although Haugen and others compared it to cigarette makers, going after deceptive tobacco companies was much easier because cigarette sales were declining and the connection to certain cancers was clear. Face­book, on the other hand, continues to grow at phenomenal rates, routinely producing revenue increases of more than 25 percent a year, and its harmful effects are not as documented or obvious. 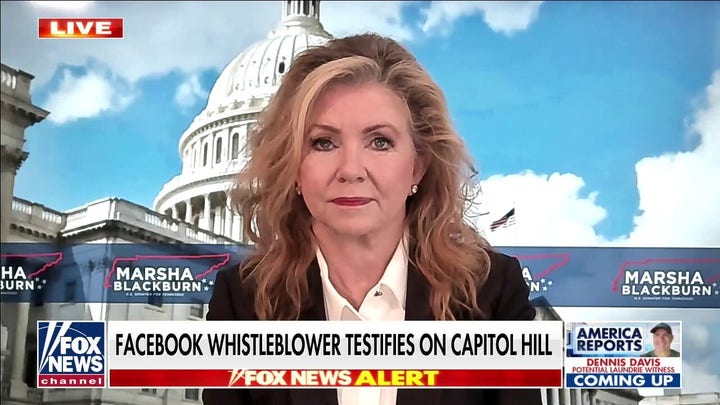 Haugen’s testimony about children also raises the uncomfortable issue for politicians of parental control, or the lack of it. Beating up on an imperious global behemoth and its snotty, multibillionaire CEO is good politics, but urging parents, schools and others to help kids break their Facebook and Instagram habits could be career suicide.

In effect, the demand for Congress to do something lets parents and families off the hook, and once again makes it seem as if America will rise or fall depending only on what government will do. When did we all become so feeble and helpless?

For its part, Facebook knows it has the upper hand, which is why it has been so brazen in giving Congress the runaround. Even after Haugen’s damning testimony, a company statement belittled her experience and said she had answered six different times that she had no direct knowledge of certain corporate functions she was asked about.

Then the statement, echoing Clint Eastwood’s challenge in “Dirty Harry” to “make my day,” kicked the can back to Congress and actually dared it to regulate the company.

“We agree on one thing; it’s time to create standard rules for the Internet,” the statement said. “Instead of expecting the industry to make societal decisions that belong to legislators, it’s time for Congress to act.”