Home » Politics » Monthly Payments to Families With Children to Begin

The Biden administration will send up to $300 per child a month to most American families thanks to a temporary increase in the child tax credit that advocates hope to extend. 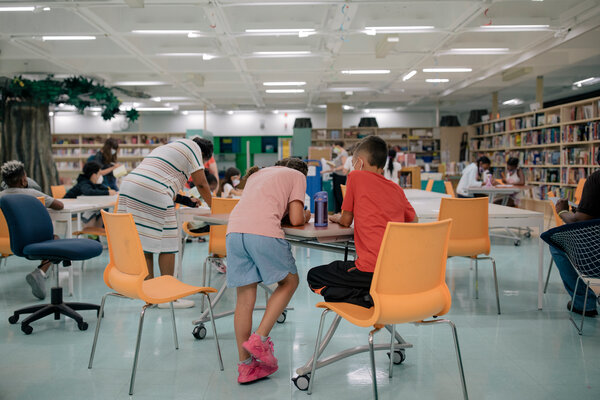 WASHINGTON — If all goes as planned, the Treasury Department will begin making a series of monthly payments in coming days to families with children, setting a milestone in social policy and intensifying a debate over whether to make the subsidies a permanent part of the American safety net.

With all but the most affluent families eligible to receive up to $300 a month per child, the United States will join many other rich countries that provide a guaranteed income for children, a goal that has long animated progressives. Experts estimate the payments will cut child poverty by nearly half, an achievement with no precedent.

But the program, created as part of the stimulus bill that Democrats passed over unified Republican opposition in March, expires in a year, and the rollout could help or hinder President Biden’s pledge to extend it.

Immediate challenges loom. The government is uncertain how to get the payments to millions of hard-to-reach families, a problem that could undermine its poverty-fighting goals. Opponents of the effort will be watching for delivery glitches, examples of waste or signs that the money erodes the desire of some parents to work.

While the government has increased many aid programs during the coronavirus pandemic, supporters say the payments from an expanded Child Tax Credit, at a one-year cost of about $105 billion, are unique in their potential to stabilize both poor and middle-class families.

“It’s the most transformative policy coming out of Washington since the days of F.D.R.,” said Senator Cory Booker, Democrat of New Jersey. “America is dramatically behind its industrial peers in investing in our children. We have some of the highest child poverty rates, but even families that are not poor are struggling, as the cost of raising children goes higher and higher.”

Among America’s 74 million children, nearly nine in 10 will qualify for the new monthly payments — up to $250 a child, or $300 for those under six — which are scheduled to start on Thursday. Those payments, most of which will be sent to bank accounts through direct deposit, will total half of the year’s subsidy, with the rest to come as a tax refund next year.

Mr. Biden has proposed a four-year extension in a broader package he hopes to pass this fall, and congressional Democrats have vowed to make the program permanent. Like much of Mr. Biden’s agenda, the program’s fate may depend on whether Democrats can unite around the bigger package and advance it through the evenly divided Senate.

The unconditional payments — what critics call “welfare” — break with a quarter century of policy. Since President Bill Clinton signed a 1996 bill to “end welfare,” aid has gone almost entirely to parents who work. Senator Marco Rubio, Republican of Florida, recently wrote that the new payments, with “no work required,” would resurrect a “failed welfare system,” and provide “free money” for criminals and addicts.

But compared to past aid debates, opposition has so far been muted. A few conservatives support children’s subsidies, which might boost falling birthrates and allow more parents to raise children full-time. Senator Mitt Romney, Republican of Utah, has proposed a larger child benefit, though he would finance it by cutting other programs.