Concha on shakeup in VP Harris’ office: This is a sinking ship

More key members working in Vice President Kamala Harris’ office are reportedly “eyeing the exits” after a handful of staffers called it quits in recent weeks.

It was announced last week that Harris’ senior adviser Symone Sanders will leave her post by the end of the year, and according to people familiar with conversations on resignations, “key members of Harris’ orbit are leaving and even more are eyeing the exits,” Politico reported Saturday. 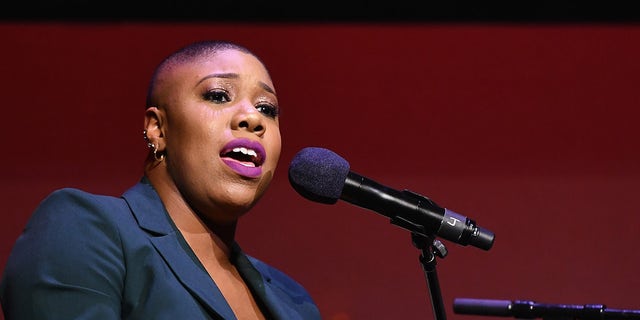 The report comes after Harris’ communications director Ashley Etienne resigned ahead of Thanksgiving, and two other communication aides are reportedly planning to leave their posts soon.

“I guess when your boss’ approval ratings are at 28% and she’s polling even lower on her number one job, the U.S. southern border where migrants continue to flow over, two million passing over this year. I guess I would leave too, because this is a sinking ship,” said Concha Saturday.

Reports have also swirled for months that Harris’ office is toxic.

“People are thrown under the bus from the very top, there are short fuses and it’s an abusive environment,” one person with direct knowledge of how Harris’ office is run told Politico back in June. “It’s not a healthy environment and people often feel mistreated. It’s not a place where people feel supported but a place where people feel treated like s—.”

The White House has downplayed the departures, with Biden press secretary, Jen Psaki, saying it’s “natural” for staffers to be ready to “move on.”

“Working on a presidential campaign…and working in the first year of a White House is exciting and rewarding, but it is also grueling and exhausting,” Psaki said Thursday. “It’s all of those things at once.”

White House Press Secretary Jen Psaki speaks during the daily press briefing at the White House November 12, 2021 in Washington, DC. This was Psakis first day back in person after she contracted COVID-19.
(Photo by Drew Angerer/Getty Images)

Democratic allies are meanwhile pushing Harris to embrace the turnover as a reset, Politico reported.

“Every opportunity that you get in politics to renew and repurpose is a good opportunity,” Democratic strategist Donna Brazile told the outlet. “In every stage of [Harris’] life, there were people she could bring with her and then there were people that she had to pick up along the way because of the new responsibilities. And I think that this is an opportunity like she’s done with throughout her career to find people who are able to take their seats at the table because guess what? There’s something new on the menu.”

The White House did not immediately respond to Fox News’ request for comment on the report.