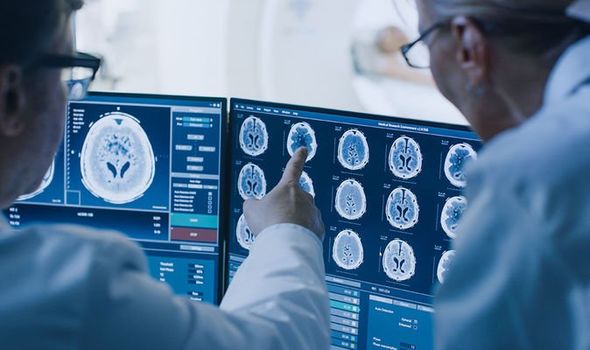 Led by Catch Up With Cancer campaign the coalition will hold a meeting next week, on Tuesday, to highlight the “growing crisis” which they will demonstrate has led to 60,000 “missing” patients, record high waiting lists, and a rise in terminal illness referrals. And they say new fears around Omicron are compounding the problem as patients shy away from hospitals and surgeries to get checked out.

Led by Catch Up With Cancer campaign the coalition will hold a meeting next week (TUES) to highlight the “growing crisis” which they will demonstrate has led to 60,000 “missing” patients, record high waiting lists, and a rise in terminal illness referrals.

Catch Up with Cancer say the country’s cancer services have been “hollowed out” by “years of underinvestment” and “brought to their knees by Covid restrictions” and will write to Health Secretary Sajid Javid urging him to take immediate action.

It will highlight research showing 60,000 “missing” cancer patients have not come forward for treatment since March last year due to Covid measures.

It will also point to a recent survey of cancer staff by charity Action Radiotherapy which found “life-threatening” eight week waits for cancer care with nine in 10 feeling they don’t have the resources to catch up.

They will also highlight a postcode lottery of cancer services across England and Wales where patients are waiting three times the target 62 week wait for treatment in some parts of the country with other areas experiencing the worst cancer waiting times since current records began.

Catch up With Cancer point to studies which also show covid restrictions – which have led to long delays in screenings, medical appointments and life saving operations – and will cost more than 35,000 lost lives.

They will call for a radical new cancer plan which would include increased workforce investment, improved access to “Covid safe” radiotherapy equipment, better diagnostics and screening, together with a removal of “unnecessary bureaucracy” which they say is “stopping the workforce doing their jobs.”

Catch up With Cancer point to studies which also show covid restrictions – which have led to long delays in screenings, medical appointments and life saving operations – and will cost more than 35,000 lost lives.

Tim Farron, Liberal Democrat MP for Westmorland and Lonsdale and chair of the All Party Parliamentary Group on Radiotherapy, said: “For too long dealing with the cancer crisis has been an afterthought for NHS England and the Department for Health.

“Cancer waiting lists are now at a record high. If the Government really is saying that this is their plan to tackle the cancer backlog, then clearly they need a new one.

“We desperately need the same urgency, investment and focus that was rightly awarded to the vaccine roll-out, now given to the cancer crisis.

“There needs to be a new plan for cancer, with ring-fenced money for the front-line and a single minister given responsibility for implementing it.

“Radiotherapy must be at the forefront. It has baffled and angered clinicians that one of the most effective, Covid-safe forms of cancer treatment has been left out of every single of the Government’s plans to tackle the backlog so far.

“My message to Sajid Javid is this: treat this issue with the urgency and seriousness it deserves before thousands more lives are lost to this dreadful disease.”

Professor Richard Sullivan, Director of the King’s Institute of Cancer Policy, said: “We are seeing compounded crises now. Just as the health system was starting to open up and we were getting people back into primary care in hospital and peoples cancer care going we now have this fear signalling again and patients are again not coming forward.

“We are already seeing more late-stage diagnosis and patients are also coming to us who are very deconditioned who have not been looked after properly by GP’s.”

Leading oncologist and co-founder of Catch Up With Cancer and Radiotherapy UK, Professor Pat Price, said: “The cancer crisis is here, and it is the worst it has ever been. The cancer community is pleading with the Government to react quickly.

“Without a radical new cancer plan and ring-fenced investment in cancer, Covid’s deadly legacy will run on for a decade in the form of thousands of cancer patients dying unnecessarily.

“Cancer professionals have lost faith in the Government’s recovery plan. More and more cancer patients are turning up to hospitals with the most advanced cancers cases many clinicians have seen.

“It is cruel and unfair to expect cancer patients to face the worst cancer wait times ever and a regional cancer lottery that determines whether you live or die unnecessarily.”

Craig Russell, co-founder of Catch Up with Cancer, whose 31-year-old daughter, Kelly Smith, mother of one, died in June last year after missing cancer treatment due to Covid restrictions, said: “The government has pledged some money to deal with the elective backlog, but you can have all the money in the world but without a plan it is just wasted.

“Every day that goes by more lives could have been saved from cancer.

“We have 150 Covid deaths a day and 500 cancer deaths a day. The only real hope and chance of a cure is catching it early. Cancer patients should not be treated as second class.”

Sajid Javid said: “[Cancer] remains a priority for the NHS.

“That is one reason why recently, when the Government set out the extra catch-up funding for the NHS over the next three years to pay for a lot more elective operations and diagnosis, cancer was a priority in that.”