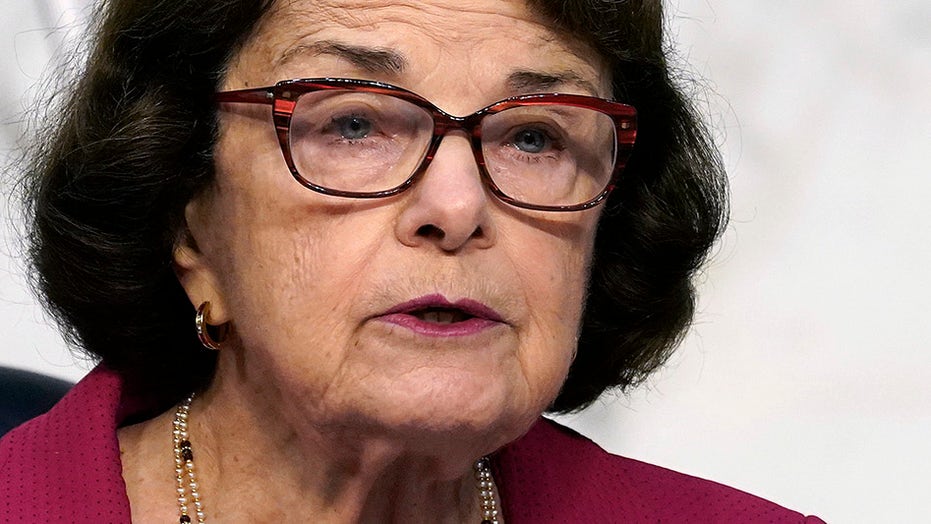 NARAL Pro-Choice America joined a growing number of liberal voices calling on one of their own, Sen. Dianne Feinstein, to step down as ranking member of the Senate Judiciary Committee after she drew criticism for a bipartisan hug with Sen. Lindsey Graham.

NARAL endorsed Feinstein in 2018 over a progressive challenger.

“Amy Barrett and this power grab pose a grave threat to every freedom and right we hold dear and tears the very fabric of our democracy. Americans–whose lives hang in the balance–deserve leadership that underscores how unprecedented, shameful and wrong this process is,” NARAL President Ilyse Hogue said in a statement.

“The ranking member of the Senate Judiciary Committee, Sen. Dianne Feinstein, failed to make this clear and in fact offered an appearance of credibility to the proceedings that is wildly out of step with the American people. As such, we believe the committee needs new leadership,” Hogue continued.

"Mr. Chairman, I just want to thank you," Feinstein told the Judiciary Committee chairman this week as hearings concluded. "This has been one of the best Senate hearings that I've participated in, and I want to thank you for your fairness and the opportunity of going back and forth."

"It leaves one with a lot of hopes, a lot of questions, and even some ideas of good bipartisan legislation we could put together to make this great country even better," Feinstein added.

Graham and Feinstein then hugged– an ending that was a stark contrast to the 2018 hearings for Justice Brett Kavanaugh.

The organization's executive director is Brian Fallon, former press secretary for Hillary Clinton's 2016 campaign. He too expressed dismay over having Feinstein as the top Democrat on the committee.

"Keeping Feinstein as the top Democrat on Judiciary Committee is a monument to our side's weakness on the fight for the courts," Fallon said.

In a separate statement, Fallon said that Feinstein "has undercut Democrats' position at every step of this process, from undermining calls for filibuster and court reform, straight through to thanking Republicans for the most egregious partisan power grab in the modern history of the Supreme Court."