Soldiers are leaving the Army National Guard at a faster rate than they are enlisting, fueling concerns that in the coming years units around the country may not meet military requirements for overseas and other deployments.

For individual states, which rely on their Guard members for a wide range of missions, it means some are falling short of their troop totals this year, while others may fare better. But the losses comes as many are facing an active hurricane season, fires in the West and continued demand for units overseas, including combat tours in Syria and training missions in Europe for nations worried about threats from Russia.

According to officials, the number of soldiers retiring or leaving the Guard each month in the past year has exceeded those coming in, for a total annual loss of about 7,500 service members. The problem is a combination of recruiting shortfalls and an increase in the number of soldiers who are opting not to reenlist when their tour is up.

The losses reflect a broader personnel predicament across the U.S. military, as all the armed services struggled this year to meet recruiting goals. And they underscore the need for sweeping reforms in how the military recruits and retains citizen soldiers and airmen who must juggle their regular full-time jobs with their military duties. 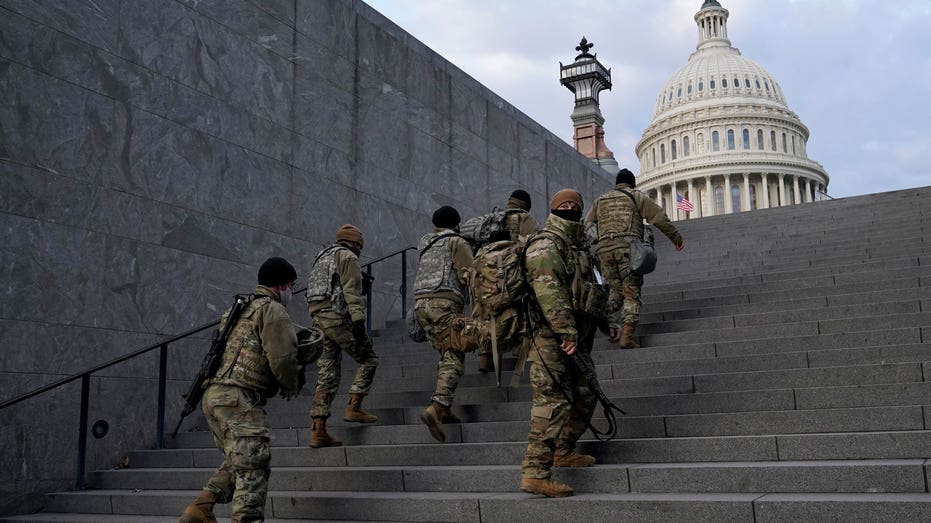 Maj. Gen. Rich Baldwin, chief of staff of the Army National Guard, said the current staffing challenges are the worst he's seen in the last 20 years, but so far the impact on Guard readiness is "minimal and manageable."

"However, if we don’t solve the recruiting and retention challenges we’re currently facing, we will see readiness issues related to strength begin to emerge within our units within the next year or two," he said.

According to Gen. Daniel Hokanson, head of the National Guard Bureau, both the Army and Air Guards failed to meet their goals for the total number of service members in the fiscal year that ended last Friday. The Army Guard's authorized total is 336,000, and the Air Guard is 108,300. 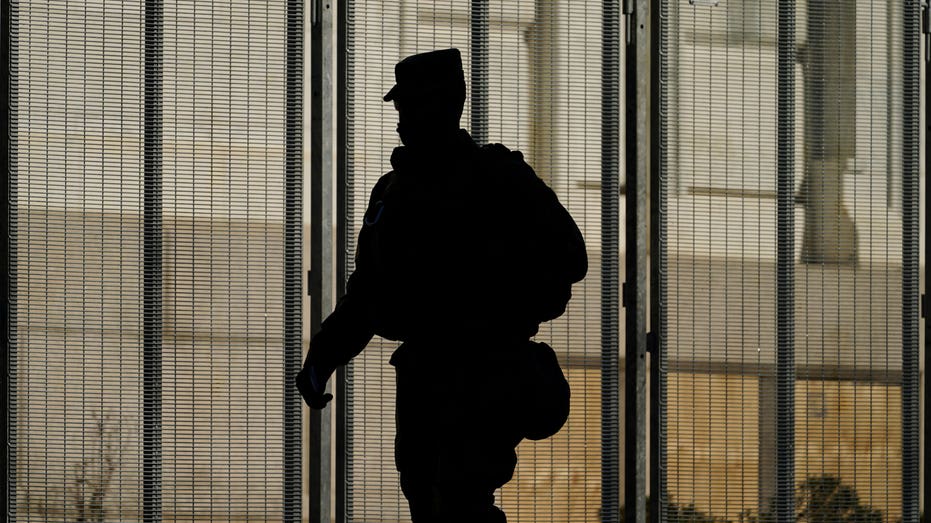 FILE – A National Guard soldier walks past a barricade as security is ramped ahead of President-elect Joe Biden’s inauguration ceremony Jan. 18, 2021, in Washington. Soldiers are leaving the Army National Guard at a faster rate than they are enlistin (AP Photo/Matt Slocum, File / AP Images)

Baldwin said the Army Guard started the year with a bit more than its target total, but ends the fiscal year about 2% below the goal. Fueling that decline was a 10% shortfall in the number of current soldiers who opted to reenlist. Hokanson said the Air Guard missed its total goal by nearly 3%.

The reasons are many. But Guard officials suggest that young people may not be hearing the strong call to service that they did when the U.S. was at war in Iraq and Afghanistan, in the wake of the Sept. 11, 2001, attacks.

Baldwin said that as operations in Iraq and Afghanistan began to decline several years ago, states started to see higher than expected losses in personnel. In exit interviews, he said, troops cited a number of reasons why they weren't reenlisting. "But, unexpectedly, they found that one reason common to many of their soldiers was based on the perception that the war was over," said Baldwin, adding that they had joined to serve their country, not make the Army Guard their career.

RUSSIA, CHINA FORMING 'NO LIMITS PARTNERSHIP' TO COUNTER THE US, DEFENSE EXPERT WARNS 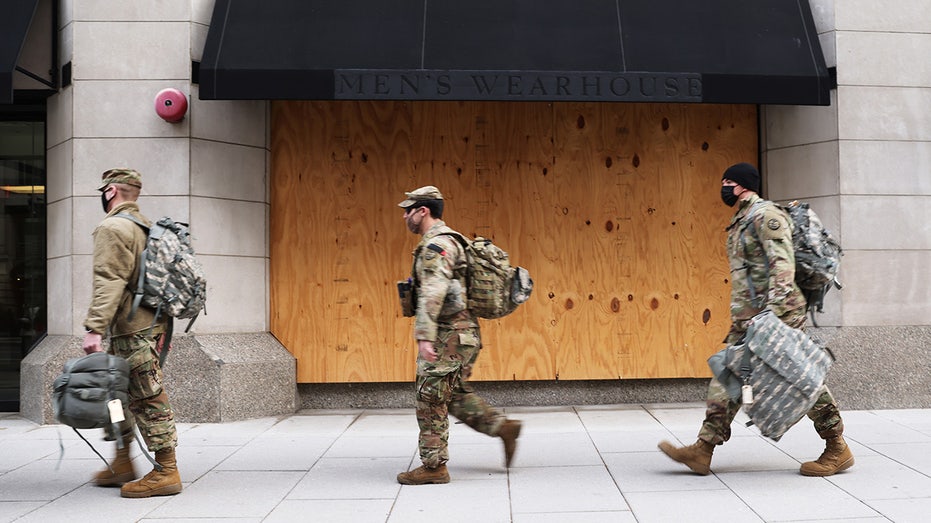 WASHINGTON, DC – JANUARY 16: Members of the National Guard patrol the streets on January 16, 2021 in Washington, DC. The National Guard is expected to deploy more than 20,000 troops in and around the Capitol and many area businesses will remain close (Photo by Spencer Platt/Getty Images / Getty Images)

The same may be true now, he said. In 2020 and 2021, Guard members were heavily involved in a range of domestic emergencies, from natural disasters and civil unrest to the pandemic, including medical care, COVID-19 testing and vaccines.

"Today, we have a much lower overseas deployment tempo than we’ve been used to and almost all of the COVID support missions have been ramped down," Baldwin said. "We join to make a difference by serving others and by being part of something bigger than ourselves. … There may be a perception among both our soldiers and the civilians we are trying to recruit that we are on the backside of all of that and it’s time to take advantage of the hot job market we have right now."

While the shortfalls for 2022 may be small percentages, the Guard is facing increasing losses over the next year due to the U.S. military's requirement that all troops get the COVID-19 vaccine. Currently about 9,000 Guard members are refusing to get the shot, and another 5,000 have sought religious, medical or administrative exemptions.

REP. MARK GREEN SLAMS THE DOD FOR KICKING OUT UNVACCINATED SOLDIERS: 'IT'S PATHETIC' 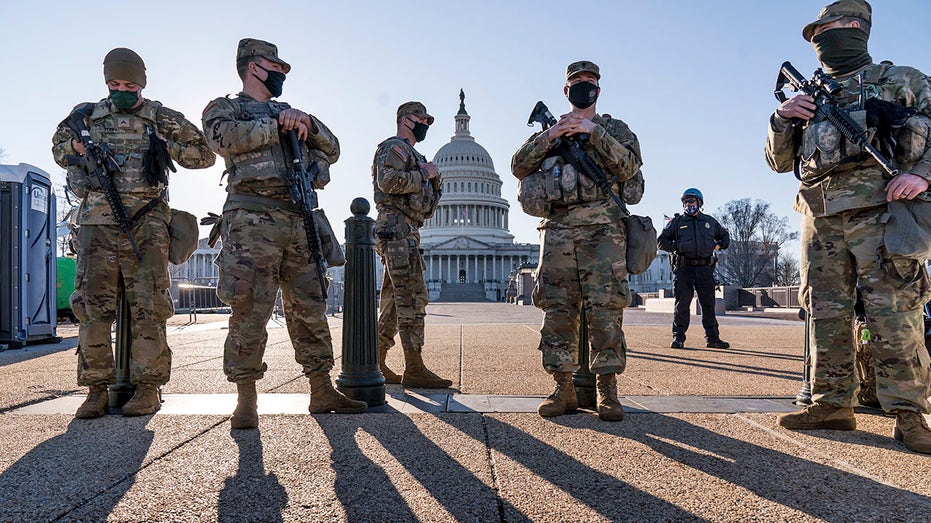 Members of the Michigan National Guard and the U.S. Capitol Police keep watch as heightened security remains in effect around the Capitol grounds since the Jan. 6 attacks by a mob of supporters of then-President Donald Trump, in Washington, Wednesday ((AP Photo/J. Scott Applewhite / AP Images)

So far, no Guard members have been discharged for refusing the vaccine order. The National Guard is awaiting final instructions from the Army on how to proceed. Officials have said it's not clear when they will get that guidance.

With more losses likely on the horizon, Guard leaders are looking for ways to entice service members to join or reenlist. Hokanson said a critical change would be to provide Guard members with healthcare coverage. Currently, he said, about 60,000 Guardsmen don't have health insurance. And those who have insurance through their civilian employer have to go through a difficult process to move to the military's TRICARE program when they are on active-duty status.

The cost of providing health care coverage to those who don't have it would be about $719 million a year, he said.

Other changes that could help, he said, would include expanding educational benefits and giving Guard members a financial bonus when they bring in new recruits. Such bonuses were used during the peak of the Iraq and Afghanistan wars, but there were some problems that Hokanson and others said could be avoided now.

"We need to make adjustments based on the current environment because for the long term, our nation needs a National Guard the size that we are, or maybe even larger to meet all the requirements that we have," said Hokanson. "It’s up to us to make sure that we fill our formations so that they’re ready when our nation needs us."