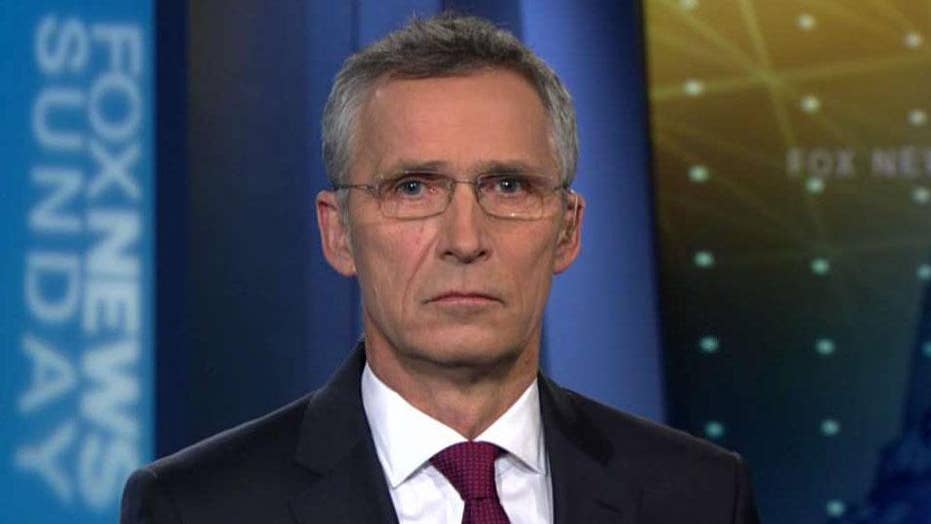 Stoltenberg's comments were a direct repudiation of critics who have accused Trump of undermining NATO by repeatedly pushing allies to meet their defense spending obligations — and Trump himself referred to Stoltenberg's interview minutes later on Twitter as a rejection of a narrative pushed by "Dems & fake news."

"President Trump has been very clear," Stoltenberg told fill-in host John Roberts. "He is committed to NATO. He stated that clearly just a few days ago and also at the NATO summit in July. But at the same time, he has clearly stated that NATO allies need to invest more. And therefore at the summit in July last year, we agreed to do more to step up — and now we see the results."

In all, Stoltenberg continued, "by the end of next year, NATO allies will add hundred – 100 billion extra U.S. dollars toward defense. So we see some real money and some real results. And we see that the clear message from President Donald Trump is having an impact."

In July 2018, NATO leaders pledged their “unwavering commitment” to boost defense spending, following stern words from the president. The U.S. and European allies signed a declaration stating they were “committed to improving the balance of sharing the costs and responsibilities of alliance membership.” 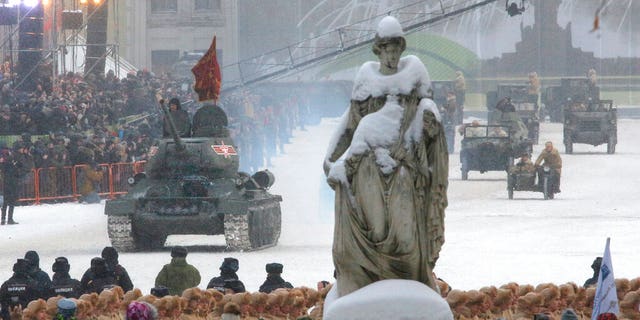 A Soviet World War II T-34 tank drives during a military parade at Dvortsovaya (Palace) Square during the celebration of the 75th anniversary of the end of the Siege of Leningrad during World War II in St.Petersburg, Russia, Sunday, Jan. 27, 2019.
(AP Photo/Dmitri Lovetsky)

Trump has long pressed NATO countries to fulfill their goal of spending 2 percent of their gross domestic products on defense by 2024. NATO estimated last year that 15 members, or just over half, would meet that benchmark.

TUCKER CARLSON: TO THE LEFT, IT'S TREASON TO DARE TO CRITICIZE NATO

Stoltenberg, while acknowledging that Trump was putting an unusual amount of pressure on NATO, said the harsh tactics were needed given Russia's extraordinary aggression.

"President Donald Trump is having an impact."

"What he's doing is to help us adapt the alliance, which we need because we live in a more unpredictable world with a more assertive Russia using violence and force against a neighbor, Ukraine," Stoltenberg said. "And therefore NATO has to adapt."

On Twitter Sunday, Trump highlighted Stoltenberg's comments, and then reposted another user's message that "stronger people stand up for others" and that the president was "standing up for America."

"Jens Stoltenberg, NATO Secretary General, just stated that because of me NATO has been able to raise far more money than ever before from its members after many years of decline," the president wrote. "It’s called burden sharing. Also, more united. Dems & Fake News like to portray the opposite!" 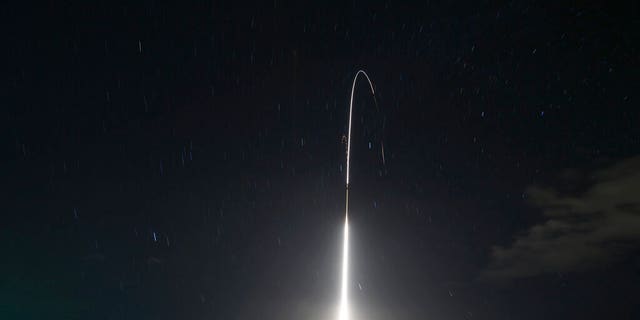 On Friday, Stoltenberg warned Friday that Russia was showing no sign of respecting a major Cold War-era missile treaty and that the future of the pact is in danger as the U.S. readies to start pulling out of it this week.

"The treaty is now in jeopardy and unfortunately we have not seen any signs of [a] breakthrough," Stoltenberg told reporters after chairing NATO-Russia talks in Brussels.

The 1987 Intermediate-range Nuclear Forces Treaty between the U.S. and the Soviet Union bans production, testing and deployment of land-based cruise and ballistic missiles with a range of 310-3,400 miles.

The Pentagon has shared information with NATO allies asserting that Russia's new 9M729 missile system falls within the treaty. It believes the ground-fired cruise missile could give Moscow the ability to launch a nuclear strike in Europe with little or no notice. Moscow insists the missile has a range of less than 500 kilometers (about 310 miles).

In October, Trump warned that the U.S. would abandon the treaty because of alleged Russian violations. If Moscow doesn't return to compliance, Washington is due to start the six-month process of leaving the pact from Feb. 2.

"The responsibility to preserve the treaty lies on Russia because Russia is now violating the treaty by developing and deploying new missiles," Stoltenberg said.

Fox News' Brooke Singman and The Associated Press contributed to this report.