After meeting Nato Secretary General Jens Stoltenberg at No10, the Prime Minister condemned the “appalling” incident that led to the arrest of a journalist critical of President Alex-ander Lukashenko, an ally of Russia’s Vladimir Putin. Roman Protasevich was hauled off the flight from Greece to Lithuania after it was intercepted by a Belarusian fighter jet and diverted to Minsk. His Russian girlfriend Sofia Sapega was also detained following the incident, which led to Belarus being slapped with sanctions.

Mr Johnson demanded the pair’s immediate release. And he praised Nato for supporting the UK over the Salisbury poisonings as he urged allies to stand up to Russia.

He said: “We must make sure we work together to protect ourselves against cyber threats, against all the kinds of intimidation some Nato members still feel there on Nato’s eastern borders.

“If you look at what’s happened…with the appalling, outrageous incident of the hijacking over Belarus, I think Nato members will be wanting to stand together in protest…and to call for the release of Roman Protasevich and, indeed, his girlfriend.”

Mr Stoltenberg said standing together against threats from the East was central to Nato’s 2030 agenda.

He said allies – due to meet in Brussels in two weeks – will discuss how their “common defence” is more important than ever in an “unpredictable world”. 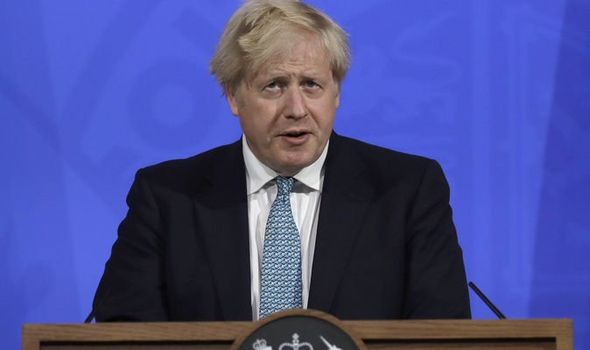 He said sanctions imposed on Belarus by the UK and EU sent a “clear message”. But he added: “The most important thing now is to make sure those sanctions… are fully implemented. It has to be clear that when a regime like the regime in Minsk behaves in the way it did – violating basic international norms and rules – we will impose costs.”

A Downing Street spokesman said the PM had stressed the UK’s commitment to Nato “as demonstrated through our record investment in defence”.

He said the leaders also discussed the withdrawal of troops from Afghanistan and agreed Nato has an important role “in tackling wider geopolitical challenges like climate change”.