A new Netflix series has reignited the debate surrounding the Central Park Jogger case, with the outcry centering around key figures, including former prosecutor Linda Fairstein and President Donald Trump, who inserted himself into the case early on.

“When They See Us,” which is directed by Ava DuVernay, is a dramatized account based on a 1989 case of injustice and racial discrimination in New York City when five teenagers — four of them black and one Latino — were wrongfully convicted in the attack and rape of a white woman jogging in Central Park.

The series comes on the heels of the 20/20 special “One Night in Central Park” was the first time that the police, defendants and the victim all appeared in the same documentary to discuss the case. 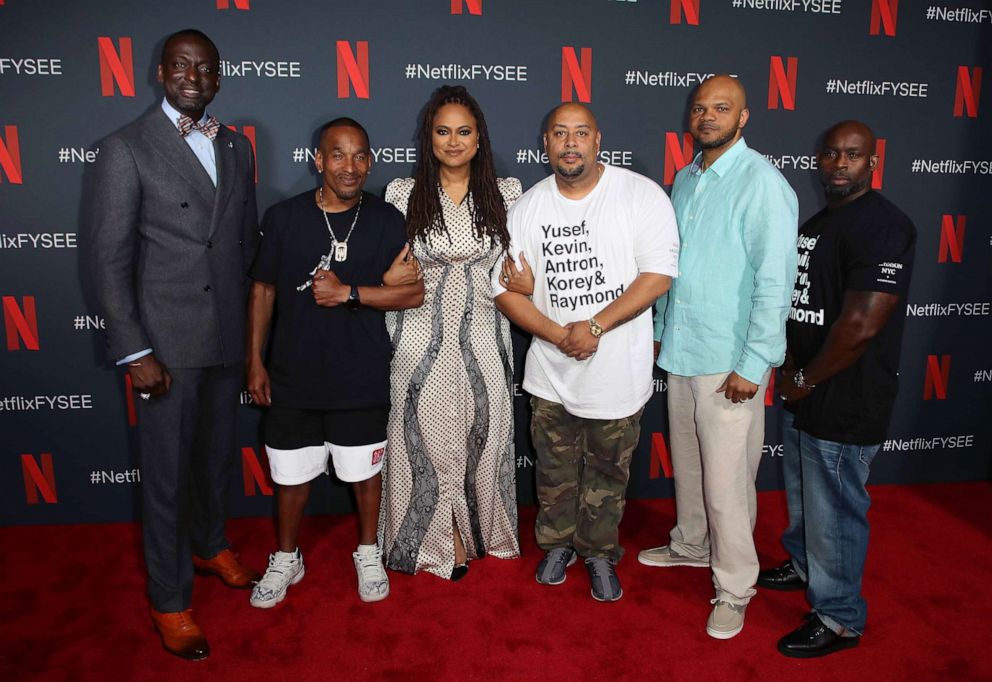 In the case that then-real estate mogul Trump said warranted the death penalty, Yusef Salaam, Antron McCray, Kevin Richardson, Raymond Santana, and Korey Wise came to be known in the media as the “the Central Park Five” — a label they have fought to shake off.

The woman, Trisha Meili, was brutally raped, beaten and left in a ravine. Thirteen years after the Central Park attack, a convicted serial rapist by the name of Matias Reyes came forward to say that he was Meili’s sole attacker, which led to the exoneration of all five men in 2002.

Here’s a look at the latest controversy, Trump’s ongoing interest in the case and how decades after they were exonerated in court, Trump has maintained that the men are guilty.

Since its release, “When They See Us” has renewed the outcry about the handling of the case, and Linda Fairstein, a prosecutor in the case, is facing a fresh round of backlash.

Fairstein is portrayed by Felicity Huffman, while actual footage of Trump from the 80s makes a cameo in the second episode. 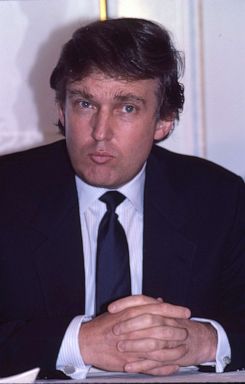 In a scene where Salaam’s mother is overcome with emotion and outrage when she is asked by a reporter about a newspaper ad taken out by Trump in the wake of the case, calling for the death penalty for violent crimes.

“They need to keep that bigot off TV is what they need to do,” she tells a friend in the following scene while watching real footage of an interview with Trump saying he “would love to be a well-educated black” because they have an advantage.

“Don’t worry about it. His fifteen minutes almost up,” the friend responds.

When pressed about his involvement in the case during his 2016 campaign, the then-Republican candidate still maintained his belief that the men who were exonerated in the Central Park Jogger case are guilty. The White House did not respond to ABC News’ request for comment about the case.

On Friday, nearly 20 years after they were exonerated, the five men were presented with a courage award on Friday by actor Michael B. Jordan at an American Civil Liberties Union event honoring the series. While accepting the award, an emotional Salaam broke down in tears as he recalled the ordeal and also reflected on Trump’s ad.

“Korey [Wise] said it so well,” Salaam said. “He said, when Donald Trump took out that full-page ad, and put them in all of New York City’s newspapers, calling for our execution, he placed a bounty on our head.” 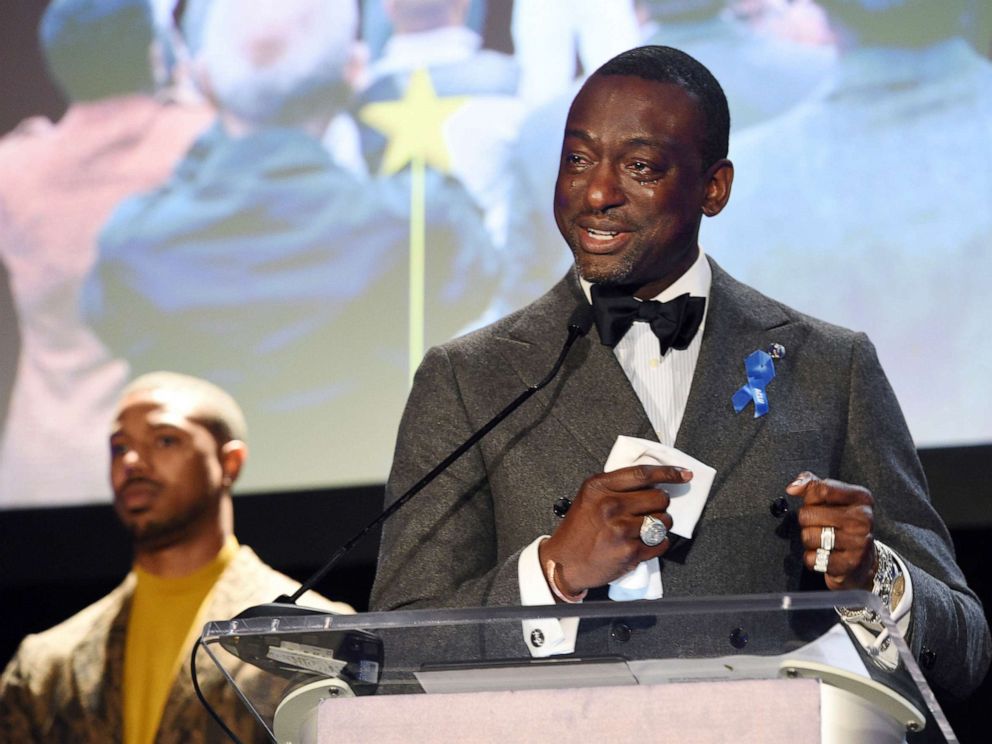 Meanwhile, Fairstein strongly pushed back against her portrayal in the series, penning an op-ed in The Wall Street Journal published Monday night titled “Netflix’s False Story of the Central Park Five,” where she claims that the series ignored eight others who were attacked that night by a group of 30 rioters.

“Mr. Reyes’s confession, DNA match and claim that he acted alone required that the rape charges against the five be vacated. I agreed with that decision and still do. But the other charges, for crimes against other victims, should not have been vacated,” she wrote.

ABC News has reached out to DuVernay but a request for comment was not immediately returned. She appeared to brush off Fairstein’s criticism, tweeting in response to the op-ed Monday night, “Expected and typical. Onward…”

Jonathan Moore, an attorney who has represented four of the five — Salaam, McCray, Richardson and Santana — since 2003, slammed Fairstein’s op-ed in a phone interview with ABC News on Tuesday, saying “she can’t handle the truth.”

“The one central fact in this case that’s demonstrated without any shadow of a doubt is that these five young men were coerced into making these statements. Matias Reyes did this crime and he acted alone. We know he did the crime because it’s the only DNA found from the swab taken from Patricia Meili.”

Trump involves himself in the case

When the case of “the Central Park jogger” broke, Trump was a high profile real estate mogul in New York City, already publicly toying with the idea of running for president.

Trump took out a full-page ad to air his grievances. 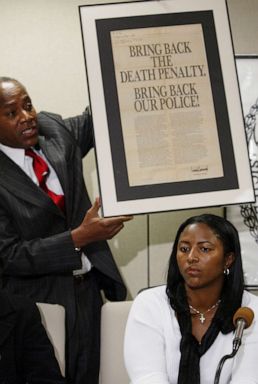 The letter, published in ads in four area papers — the New York Times, the Daily News, the New York Post and New York Newsday — was signed by Trump and ran as the teenagers awaited their trial. It called for the return of the death penalty for violent crimes — a move that attorneys for the boys said helped rally the public against them.

“BRING BACK THE DEATH PENALTY. BRING BACK OUR POLICE!” the ad read in all-caps.

Moore told ABC News on Tuesday that Trump’s ad “was designed to influence the population of NYC against these five young men” and fueled in “an overwhelming amount of animus” directed at them.

“Who has the money to buy a full-page ad in all the major newspapers and proclaim not only that these kids are guilty but that they should get the death penalty and that there should be a death penalty for juveniles,” Moore said, adding, “It was not surprising that those juries convicted them because they were already convicted in the press well before the case went to trial.”

The ad, which was written in the form of a letter and signed by Trump, laments “bands of wild criminals,” and “crazed misfits,” dismisses the notion of “police brutality” and ends with a call to action that is not unlike candidate Trump and President Trump’s rhetoric on“law and order.”

Amid criticism that his ad was inciting violence, Trump took to the national airways to discuss the “Central Park Jogger” case and defended his ad in a 1989 interview with CNN’s Larry King, saying he was asked about the boys by a reporter and responded, “of course I hate these people. Let’s all hate these people because maybe hate is what we need if we’re going to get something done.”

As president, Trump seemed to encourage police to be more violent in handling potential offenders during a speech to law enforcement officers in July 2017.

“When you see these thugs being thrown into the back of a paddy wagon, you just seen them thrown in, rough. I said, ‘Please don’t be too nice,’” he said.

Four of the teenagers testified that they were coerced into confessing. Prosecutor Elizabeth Lederer was in the room with the teens during the infamous “confessions.”

All were convicted in 1990 of various crimes, including rape.

McCray, Richardson, Santana and Salaam got five to 10 years in prison as juveniles. Wise was sentenced to five to 15 as an adult.

Trump won’t back down

In 2002, when Reyes came forward to say that he was Meili’s sole attacker, four of the five accused men were out of prison. Reyes, who was serving 33 years to life for a murder-rape conviction, reached out to police, who were able to match his DNA to the DNA at the Central Park crime scene.

District Attorney Robert Morgenthau withdrew all charges against the men, and their convictions were vacated. Wise, who was still in prison at the time, was released early. The police also commissioned a report from Michael Armstrong, who was hired in 2002 to look into how law enforcement had investigated the Central Park case.

The report determined the police hadn’t engaged in misconduct in the case.

The police, prosecutors and Meili said that they did not believe that Reyes acted alone.

Nearly 20 years since the charges were vacated, Trump has repeatedly stated that he still thinks they’re guilty and has continued to comment on the developments of this case.

“The Central Park Five documentary was a one sided piece of garbage that didn’t explain the.horrific crimes of these young men while in park,” Trump tweeted in April, 2013 about a documentary based on a book by Sarah Burns and directed by she and her father, Ken Burns, and David McMahon.

In crafting the documentary, Burns didn’t interview the police because they were under a gag order.

And when the five men reached a $41 million settlement with the city of New York in 2014, Trump expressed his displeasure, tweeting, “I’d bet the lawyers for the Central Park 5 are laughing at the stupidity of N.Y.C. when there was such a strong case against their ‘clients.’ ” The settlement included no admission of wrongdoing on the part of the city and instead made explicit that prosecutors and police detectives did nothing wrong.

Meili and authorities objected to the city’s decision to settle.

He also wrote an op-ed in The New York Daily News — the same newspaper in which he took out the 1989 ad — calling the settlement a “disgrace.”

Trump later claimed in a tweet that the newspaper “asked me to do an Editorial on the Central Park 5 ripoff & then they pretend it was my idea. Loser newspaper!”

During his 2016 campaign for president, Trump again repeated the claim that “the Central Park Five” are guilty, telling CNN at the time, “They admitted they were guilty. The police doing the original investigation say they were guilty. The fact that that case was settled with so much evidence against them is outrageous. And the woman, so badly injured, will never be the same.”

In response to Trump’s comments, Salaam penned a viral op-ed in The Washington Post with the title, “I’m one of the Central Park Five. Donald Trump won’t leave me alone.”

Reflecting on police brutality in the age of the Black Lives Matter movement in the piece, Salaam wrote that Trump’s comments on the Central Park case is “further proof of Trump’s bias, racism and inability to admit that he’s wrong.”

“During our trial, it seemed like every New Yorker had an opinion. But no one took it further than Trump,” Salaam wrote. “He called for blood in the most public way possible … I don’t know why the future Republican nominee bought those ads, but it seems part and parcel with his racist attitudes.”