WASHINGTON ― Sixteen state attorneys general sued the Environmental Protection Agency on Thursday over its decision to allow semitruck manufacturers to keep building some of their most polluting vehicles.

It’s the first major state challenge to land on the desk of new EPA chief Andrew Wheeler since he took charge of the agency earlier this month following the sudden resignation of Scott Pruitt.

At issue is a 2016 Obama administration rule limiting sales of “glider trucks” ― new truck bodies and cabs with salvaged engines and chassis ― to 300 per manufacturer per year. Freight truck companies sell roughly 10,000 of these “super-polluting” trucks per year, as they’ve become known. During his last few hours at the EPA, Pruitt moved to delay enforcement of the rule in what was widely seen as his parting shot.

Last Friday, the same group of state officials sent a letter urging Wheeler to reverse the “unlawful rule suspension masquerading as an exercise of enforcement discretion.” On Tuesday, a trio of environmental groups ― the Sierra Club, the Environmental Defense Fund and the Center for Biological Diversity ― sued the EPA, calling for an emergency motion to block the decision. On Wednesday, a federal court handed them a victory, issuing a temporary stay on the rule delay.

Now, the states, which say delaying the rule causes their citizens “irreparable harm,” are piling on, asking the court to “promptly overturn the EPA’s order or halt the order’s effect until the court can rule on the merits of the lawsuit.” 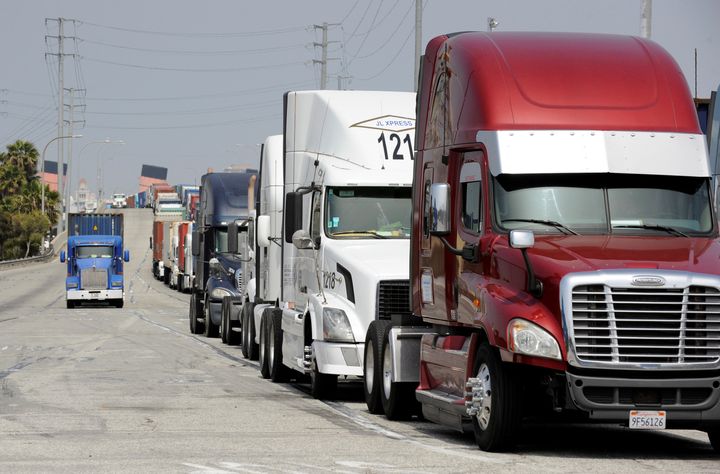 “As EPA Administrator, Scott Pruitt’s job was to act as our country’s chief environmental protector,” California Attorney General Xavier Becerra said in a statement. “At every turn ― even until the bitter end ― he failed to carry out this important duty and instead put the profits of major polluters above the health of our families.”

The legal fight over the glider rule marks the third controversy Wheeler has faced since becoming acting administrator on July 9. Last Friday, Democrats demanded that the House Committee on Oversight and Government Reform issue a subpoena forcing the EPA to hand over documents related to Pruitt’s efforts to delay the release of public records. The call came in response to newly released congressional testimony revealing that EPA chief of staff Ryan Jackson appeared to be slow-walking Freedom of Information Act requests deemed “politically charged” or sensitive to political appointees.

Two days earlier, Wheeler named Henry Darwin, the EPA’s chief of operations, as acting deputy administrator, making him the agency’s new No. 2 official. The promotion attracted criticism after emails cited by ABC News showed Darwin helped his wife, Veronica Darwin, get a job at the agency as part of his salary negotiation for his previous position last year. Pruitt’s use of his office to obtain work for his wife, Marlyn Pruitt, became one of the final high-profile personal scandals that led to his departure.

The EPA did not immediately respond to a request for comment.