Grandmother and retired 911 operator Jean Ebbert lures a scam-caller to his arrest on her front lawn and it’s all caught on camera.

A Long Island, New York grandmother is being hailed for setting up and helping capture a suspected scammer in a trap that was all caught on video.

The 73-year-old former 911 dispatcher Jean Ebbert received an odd call this week from a man claiming to be her grandson who was in jail for DUI and needed $8,000, Ebbert told Fox & Friends on Saturday.

Ebbert says she knew that she didn’t have a grandson who was old enough to drive and knew it was a scam but decided to keep playing along anyway despite her family members telling her to hang up. 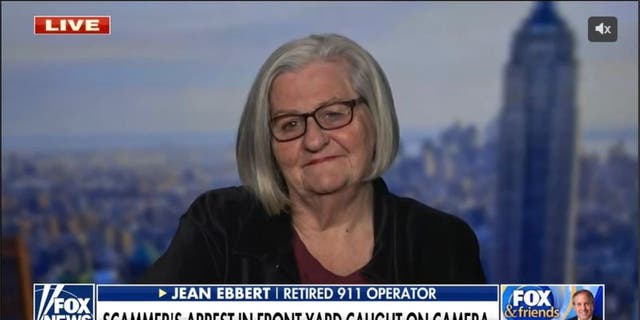 When the man showed up at Jean’s house, she handed him an empty envelope full of paper towels before officers swarmed him in an exchange that was captured on her Ring doorbell camera. 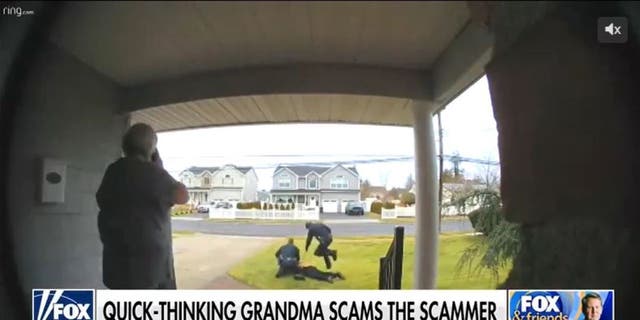 The man was identified as 28-year-old Joshua Estrella Gomez of Mineola, New York, who was arrested and charged with attempted grand larceny in the third degree.

“Speak to your families. Speak to your neighbors. Visit those that are vulnerable. Let them know, don’t listen to these scams,” Nassau County Police Commissioner Patrick Ryder warned. “These individuals sit at home and have nothing else to do but think of a way to take advantage of our elderly.”