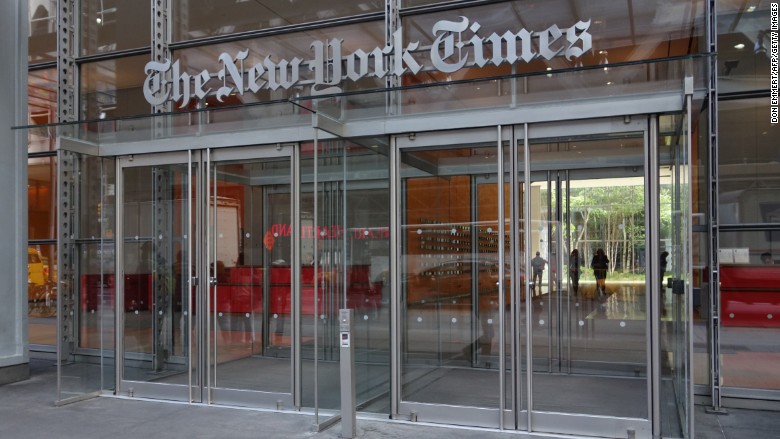 Faced with criticism and indignation from conservatives, the New York Times on Thursday said it is standing by a new hire, while disapproving of some of the rhetoric she has used on Twitter.

The Times said in a statement on Thursday that it is confident that Sarah Jeong, who the newspaper unveiled as the latest addition to its editorial board the day before, “will be an important voice” in her role going forward.

Jeong, who is Asian, had drawn scrutiny after the resurfacing of a number of years-old tweets in which she spoke disparagingly of white people. But the backlash, mainly coming from the right, was matched in intensity by a show of solidarity among fellow journalists and others who argued that Jeong had done nothing wrong, and that the tweets were satirical.

The Times ultimately backed Jeong, who currently works at The Verge and will join the editorial board as a technology writer next month. In its statement, the Times noted that some of her tweets were in response to “frequent online harassment.”

“For a period of time she responded to that harassment by imitating the rhetoric of her harassers,” the statement said. “She sees now that this approach only served to feed the vitriol that we too often see on social media. She regrets it, and The Times does not condone it.”

Jeong echoed that line in her own statement.

“I engaged in what I thought of at the time as counter-trolling,” she said. “While it was intended as satire, I deeply regret that I mimicked the language of my harassers.”

The tweets in question were largely from 2014, and they aimed criticism at white people. In one, Jeong wrote that “it’s kind of sick how much joy I get out of being cruel to old white men.” Another referred to “[d]umbass f******g white people marking up the internet with their opinions like dogs pissing on fire hydrants.”

To some conservatives, like Fox News contributor Guy Benson, the tweets were representative of a “[c]reepy race obsessive.” Some journalists, such as Fortune reporter Jeff Roberts, said that it was “hard to see these tweets as anything other than blatant racism.”

But Jeong had more than a few backers, who argued that the tweets were being highlighted by bad faith actors who were only interested in getting a journalist fired. Lydia Polgreen, the editor in chief at HuffPost, said that the “attack on [Jeong] is part of a deeply troubling trend of far right agitators trying to get journalists fired.”

Jessica Valenti, a columnist for The Guardian, put it bluntly: “Sarah Jeong is good, her haters are bad (terrible, even). It’s not difficult.”

And Jeong’s soon-to-be-former employer rushed to her defense as well. In a note published late Thursday afternoon, the editors at The Verge said that “[o]nline trolls and harassers want us, the Times, and other newsrooms to waste their time by debating their malicious agenda.”

“They take tweets and other statements out of context because they want to disrupt us and harm individual reporters. The strategy is to divide and conquer by forcing newsrooms to disavow their colleagues one at a time,” they said. “This is not a good-faith conversation, it’s intimidation.”

In many ways, the episode has become all too familiar, with public figures seeing old tweets held up to scrutiny. Last weekend, Atlanta Braves pitcher Sean Newcomb was forced to apologize for tweets he sent as a high school student in which he used racist and homophobic language.

The Times itself dealt with a similar matter earlier this year when it parted ways with Quinn Norton hours after announcing her as an addition to the editorial board after Twitter users discovered old posts in which she used offensive language and admitted she was friends with neo-Nazis.

“I don’t think @nytopinion made the right call firing me, though I understand that they panicked, and don’t bear them ill-will, at all, really,” Norton said. “But I hoped they have learned to only fire people for cause, not social media fishing for out of context tweets, & stand by @sarahjeong.”