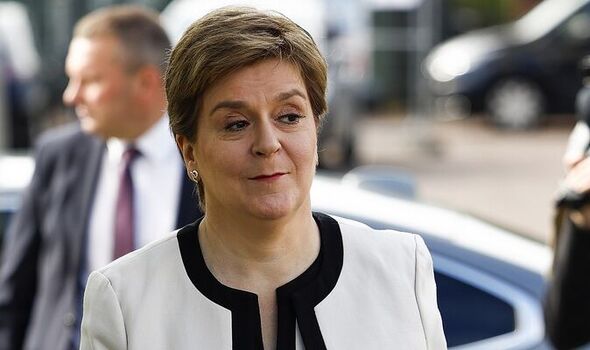 Sources revealed Mette Frederiksen refused to meet with the First Minister during the trip. Instead, the foreign minister was dispatched to the early morning meeting. It comes as opposition criticism grew over Ms Sturgeon’s trip to Scandinavia to open a new ‘Nordic office’, despite the cost of living crisis back home.

An insider told the Sun: “The First Minister was, of course, keen to meet with Miss Frederiksen, but that was not possible.

“It obviously wasn’t the reason for the trip.”

Another source told the newspaper that Ms Sturgeon wanted to showcase herself as a world leader and the meeting with a young female leader from a social democratic party would “have helped this no end”.

But it was not to be.

The Danish government, instead, gave her a brief face-to-face chat with foreign minister Keppe Kofod – shortly after 7am during the trip.

According to Ms Sturgeon’s Twitter feed they discussed how the two nations “can work together” on issues including the cost of living crisis, energy and the climate emergency.

When quizzed about the apparent snub, a spokesperson for the Scottish Government said: “The First Minister is visiting Denmark for a series of trade, investment and policy engagements, including meeting representatives of the Danish Government.”

Opposition parties had previously raised objections to Ms Sturgeon’s trips abroad amid pleas for the SNP to sort out industrial action which left rubbish overflowing on the streets of Edinburgh.

Other towns and cities are now caught up in the walkouts which have affected refuse collections.

In Glasgow, all primary schools and nurseries will shut on September 6 to 8 inclusive as part of industrial action, which will affect special schools, too.

Further bin strikes are taking place at more local authorities and the dispute now affects 21 out of 32 Scottish council.