The threats from the European Commission President seem to have already backfired, as Director of Eurointelligence, Wolfgang Munchau, noted in his latest opinion piece on the vaccine row between the UK and the EU. Ms Von der Leyen hoped her threat to block vaccine exports to the UK would push Britain to share AstraZeneca vials produced in the UK with the bloc.

Instead, Boris Johnson worked to secure more vaccines against coronavirus will be produced in the UK, so that the country could soon reach long-term vaccination manufacturing self-sufficiency.

Mr Munchau said: “Ursula von der Leyen’s loose talk about export bans has so far had only one tangible effect: the UK is now doing deals to keep the entire vaccine supply chain in the country.”

The Prime Minister yesterday announced that Britain has agreed deals to buy tens of millions of shots from a number of suppliers.

On Monday, GlaxoSmithKline announced details of plans for the final part of the manufacturing process for up to 60 million doses of Novavax’s vaccine for use in Britain. 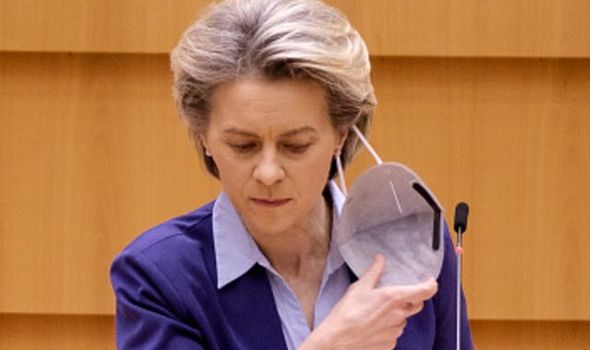 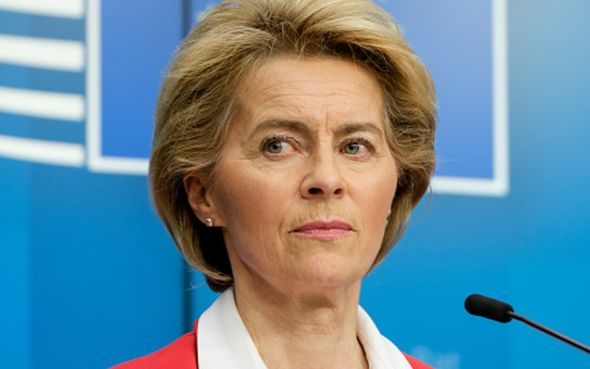 The vaccine is yet to be approved by the UK regulators, but it is expected to be given the go-ahead next month.

After the announcement, Mr Johnson said: “I’m delighted by GSK’s investment, which shows the strength of UK manufacturing, and will further boost our vaccine rollout.

“The Vaccines Taskforce has worked hand in glove with business to successfully deliver vaccines to the whole of the UK, and this agreement will continue to support our approach.

“We remain on track to offer a first jab to all over 50s by 15 April, and all adults by the end of July, and I want to once again encourage everyone to come forward for a vaccine when you’re called.” 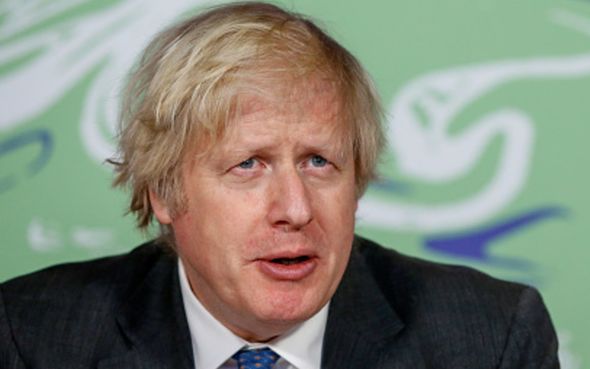 Health Secretary Matt Hancock added: “We’ve all seen just how important onshore vaccine manufacturing capabilities are, and this fantastic deal will ensure more of these vital products can be produced here in the UK.

“The UK’s vaccination programme has been a national success, with over 30 million people now having received a first dose of a COVID-19 vaccine.

“Should the Novavax vaccine meet our medicines regulator’s high standards of safety and effectiveness, the agreement reached today will boost these efforts over the coming months.”

The Novavax vaccine candidate has demonstrated strong potential efficacy in Phase 3 clinical trials, including against the B.1.1.7 variant circulating in the UK. Submission of the vaccine for review by regulatory authorities in the UK is expected during the second quarter. 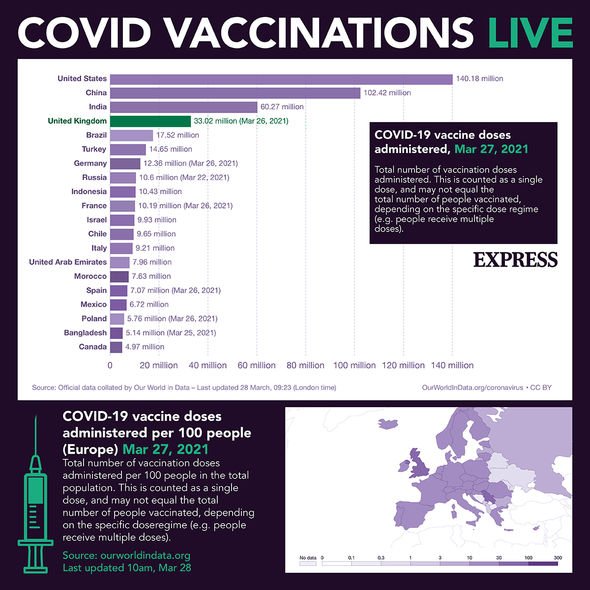 As Ms von der Leyen threatened to ban vaccine exports from the EU to the UK, Business Minister Kwasi Kwarteng said on Tuesday that Britain will focus on vaccinating the whole of its adult population before it can to provide any surplus shots to other countries, including EU member states.

More than 30 million Britons have received their first COVID-19 shots in the fastest vaccine rollout in Europe, with the aim of offering shots to all adults by the end of July.

Kwarteng told Sky News: “I think our focus has to be to try and keep Britain safe, we want to work cooperatively as well with other countries but the main priority is to get the vaccine rollout.”

He said Britain was working with European nations to try to ensure their populations were vaccinated, and that it was not “a competitive situation”.

However, asked if Britain might be able to help out Ireland, he said: “If there are surplus vaccine doses then we can share them but there are no surpluses at the moment, we have still got a huge number to vaccinate.”

Mr Johnson is one of 23 leaders who on Tuesday backed an idea to create an international treaty to help the world work together to deal with future health emergencies.

Mr Kwarteng added: “Today we’ve got a crisis upon us, and it’s absolutely right that we should be focused on trying to deal with that in our own country and keeping our people safe so that we can get back to a normal way of life.”