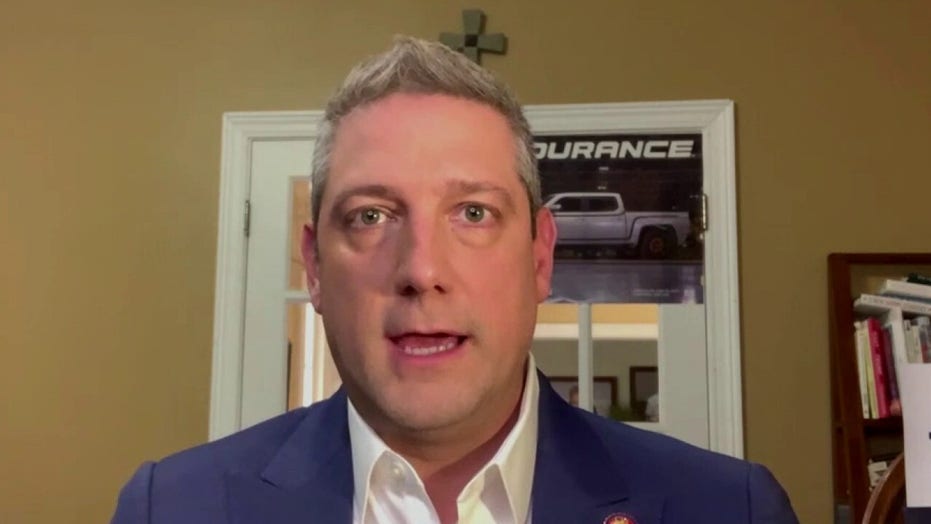 Longtime Rep. Tim Ryan of Ohio on Monday became the first Democrat to jump into in the 2022 race to succeed retiring GOP Sen. Rob Portman.

“I’m running for U.S. Senate to fight like hell to cut workers in on the deal,” the veteran 10-term congressman and champion of the working class emphasized in a tweet as he declared his candidacy.

And in an accompanying video, Ryan highlighted that “the success of America isn’t housed in the halls of Congress. It lies in the calloused hands and the unrelenting grit of America’s workers. Those who dug the deepest sent our nation soaring.”

Ryan also filed as a Senate candidate with the Federal Elections Commission.

The 47-year old Ryan grabbed national attention when he unsuccessfully challenged then-House Minority Leader Nancy Pelosi for her position leading House Democrats following the 2016 elections. He was also in the national spotlight in 2019, during his failed bid for the Democratic presidential nomination.

In Ryan’s campaign launch video, which highlights his working-class upbringing and showcases his days as a high school quarterback, the congressman talks to his young son Brady about the importance of families and the decline of American manufacturing.

“No football coach puts a team out on the field without a game plan. And right now our workers need a game plan. We’re competing with countries around the world for jobs. So in my mind, there’s nothing more patriotic than investing in our team, our people, our workers,” Ryan emphasizes in the video.

And he stresses that “it can’t be businesses versus workers. This is a partnership. But that partnership needs to be redesigned. We have to cut workers in on the deal. I will work with anyone to rebuild our economy but I’ll never sell out our workers.”

Ohio was once a top general election battleground state, but former President Donald Trump won it by eight points in both his 2016 White House victory and in last year’s reelection defeat. And the GOP’s controlled the state’s governorship for all but four years during the past three decades. A recent statewide exception was progressive Democratic Sen. Sherrod Brown’s nearly seven-point reelection in 2018. 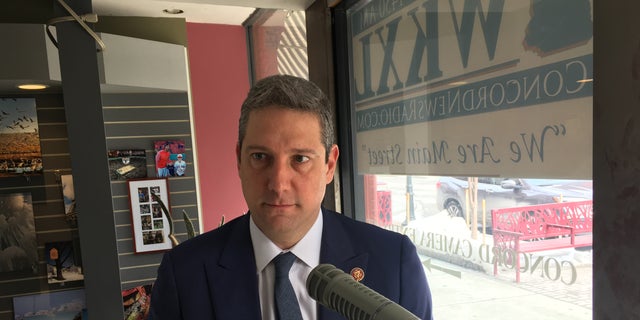 Rep. Tim Ryan of Ohio sits down for a radio interview in the first-in-the-nation presidential primary state of New Hampshire, ahead of the launch of his unsuccessful campaign for the 2020 Democratic presidential nomination, in Feb. 2019 in Concord, N.H.

Ryan represents Ohio’s 13th Congressional District – in the northwest part of the Buckeye State. It includes parts of Akron, as well as the old steel town of Youngstown. The district has turned more conservative in recent years and the upcoming once-in-a-decade redistricting could make it even redder in a state where the GOP controls the state government. Ryan won reelection last November by single digits, his narrowest margin of victory ever since first winning the seat in 2002.

While Ryan becomes the first major Democrat to jump into the race, the GOP field is already crowded – and likely to grow even larger in the coming weeks and months.

Rep. Mike Turner – a Republican from Dayton – has launched a listening tour to talk with voters about a Senate bid. Venture capitalist J.D. Vance, the author of the bestselling memoir “Hillbilly Elegy,” also appears likely to launch a campaign. And state Sen. Matt Dolan — whose family owns Major League Baseball’s Cleveland Indians – could also potentially jump into the race.

The U.S. Senate is currently split 50-50 between the two parties, but the Democrats hold a razor-thin majority, due to the tie-breaking vote of Vice President Kamala Harris, who serves as president of the Senate. That means the GOP only needs a one-seat pickup to regain the majority.

But Republicans are defending 20 of the 34 seats up for grabs in 2022. Besides Ohio, the GOP is also defending open seats in the key battlegrounds of North Carolina and Pennsylvania, as well as in Missouri and Alabama.