The Republican from Dayton on Monday released a campaign-style video and is launching a listening tour to talk with voters in Ohio as he begins to explore what may likely turn into a formal campaign in the 2022 race to succeed retiring GOP Sen. Rob Portman.

Turner explained that his supporters have been urging him to launch a campaign. “We’re getting a lot pressure to enter this race,” the 10-term congressman said in a national exclusive interview with Fox News. “Our supporters were asking for a video that they could share with their family and friends, to tell them the record that I have of strong, proven, conservative leadership.”

Turner said that the video “launches our ability to go across the state and talk to people. It’s a critical time for our country.”

The video showcases Turner’s experience and record in public service, which seem to be his top selling points to voters as he moves toward declaring his candidacy. “He was elected mayor of Dayton, becoming the first Republican mayor in over 20 years,” the announcer in the video says of Turner’s 1993 mayoral election. “He balanced the city’s budget and turned the city around.”

After narrowly losing a bid in 2001 for a third term as mayor, Turner was elected to Congress the next year, winning a seat that was held by Democrats for near a quarter century.

“Mike has been a national voice for U.S. defense and foreign policy,” the announcer in the video touts. “He led Republican efforts to rebuild our military and protect our war fighters”

The video also spotlights that Turner “strongly defended President Trump” during his first impeachment trial, and includes a clip of the then-president giving Turner a shoutout last year on the campaign trail in Ohio, calling him a real warrior.

“Hell of a lawyer. Thank you, Mike. Thanks for all the help, too,” Trump says in the clip.

Turner emphasizes in the video that “I have successfully fought for jobs, our communities, our national security, and yes, America First. It takes a strong voice, a proven and tested conservative voice, to win for Ohio. Thank you for your support for me to be that voice to fight for Ohio and fight for our country.”

If he formally becomes a candidate, Turner would join a growing field of GOP contenders to succeed Portman. The two major Republican candidates to already jump into the race – former state GOP chair Jane Timken and former state treasurer and former Senate candidate Josh Mandel – have both made their support for Trump centerpieces of their campaigns.

Turner told Fox News that he “certainly would welcome the president’s endorsement. I think all endorsements are important but what’s really going to be important is the support of Ohio voters.” 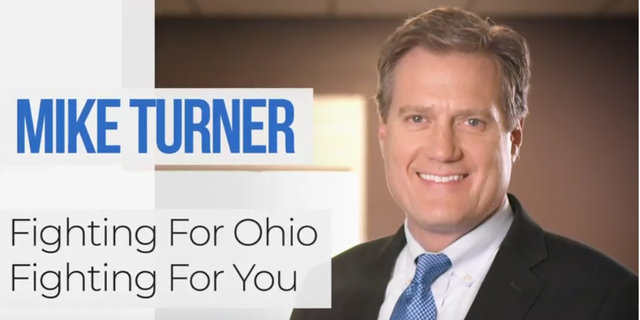 Cleveland businessman and 2018 Ohio Republican Senate candidate Mike Gibbons last week also took a major step toward launching a campaign, as he kicked off a listening tour across Ohio. Gibbons, who raised money for Trump in the 2020 election, last month stepped down from Ohio Strong Action, a conservative super PAC he created nearly two years ago, and he moved toward launching a Senate campaign. If he formally jumps into the race, Gibbons says he’ll infuse $5 million of his own money into his campaign.

Earlier this month PayPal co-founder and billionaire venture capitalist Peter Thiel contributed $10 million of his own money into a super PAC that would support a potential GOP Senate run in Ohio by fellow venture capitalist J.D. Vance, the author of the best-selling memoir “Hillbilly Elegy.”

Asked how he can compete with the big bucks that will likely flood the GOP nomination race, Turner answered that “no race is really about money. It’s about the Ohio voters and it’s about experience and someone who can get the job done day one.”

Once a top general election battleground state, Trump won Ohio by eight points in both his 2016 White House victory and in last year’s reelection defeat. But progressive Democratic Sen. Sherrod Brown won his 2018 reelection by more than six points.

In the race for the Democratic Senate nomination, longtime Democratic Rep. Tim Ryan of northeast Ohio is likely to launch a campaign, with a handful of other Democrats considered potential contenders.

The U.S. Senate is currently split 50-50 between the two parties, but the Democrats hold a razor-thin majority, due to the tie-breaking vote of Vice President Kamala Harris, who serves as president of the Senate. That means the GOP only needs a one-seat pickup to regain the majority.

But Republicans are defending 20 of the 34 seats up for grabs in 2022. Besides Portman, the GOP is also defending open seats in the key battlegrounds of North Carolina and Pennsylvania, as well as in Missouri and Alabama.