More than 100 symbols of the Confederacy across the United States have been removed, relocated or renamed since police killed George Floyd in May, new data shows, providing further proof of the significant scale and impact of anti-racist uprisings that have swept the nation this year.

One hundred and two Confederate symbols have been banished from public spaces in the nearly five months since Floyd, a Black man, was killed at the hands of Minneapolis police, according to figures provided to HuffPost by the civil rights group the Southern Poverty Law Center, which gathered the data for its ongoing “Whose Heritage? Public Symbols of the Confederacy” project.

By way of comparison, only 142 Confederate symbols were banished in the nearly five years prior to that, according to the SPLC, which started collecting the data in June 2015 after a Confederate flag-loving white supremacist named Dylann Roof shot and killed nine Black parishioners inside a Charleston, South Carolina, church. 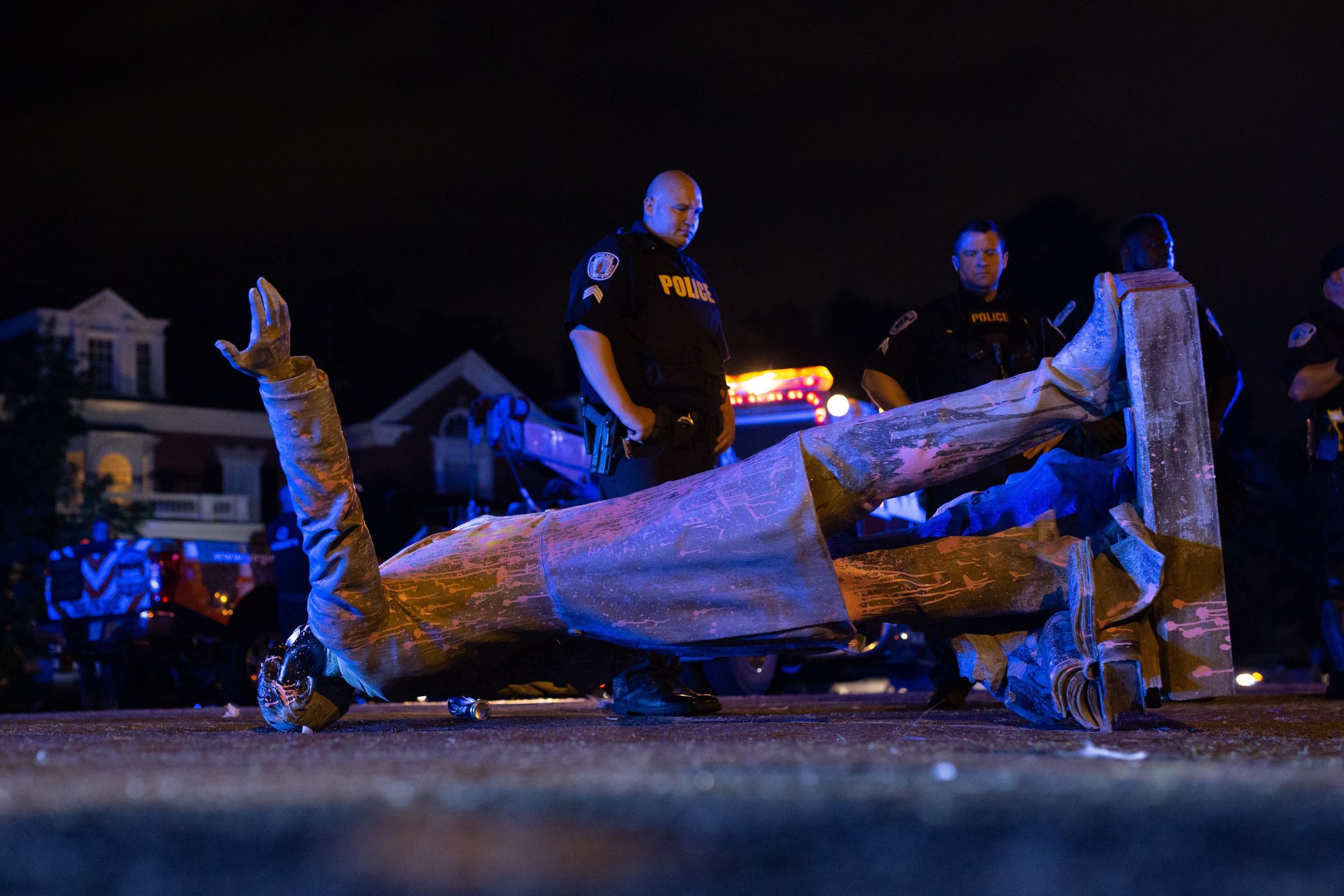 This year’s acceleration in the destruction of Confederate iconography is part of a wider “reckoning” with systemic racism, said Lecia Brooks, chief of staff at the SPLC.

“After the public killing of Mr. Floyd, it seems that people just really began to question things that they had believed and been taught before about these symbols and what they meant,” Brooks told HuffPost.

More and more people are coming to understand how the historic “structures and foundations of white supremacy” represented by Confederate symbols are linked to the police killings of Black Americans today, she continued.

Of the 102 symbols eliminated since police killed Floyd, 64 were Confederate monuments removed from public spaces, according to the SPLC data. This includes both monuments felled by protesters and those taken down by authorities.

Another 10 monuments were relocated, sometimes to privately owned properties such as cemeteries and museums. Eight schools christened after Confederate officials were renamed, as were six college buildings, three parks or trails, three roads, and a lake in Virginia, the data shows. 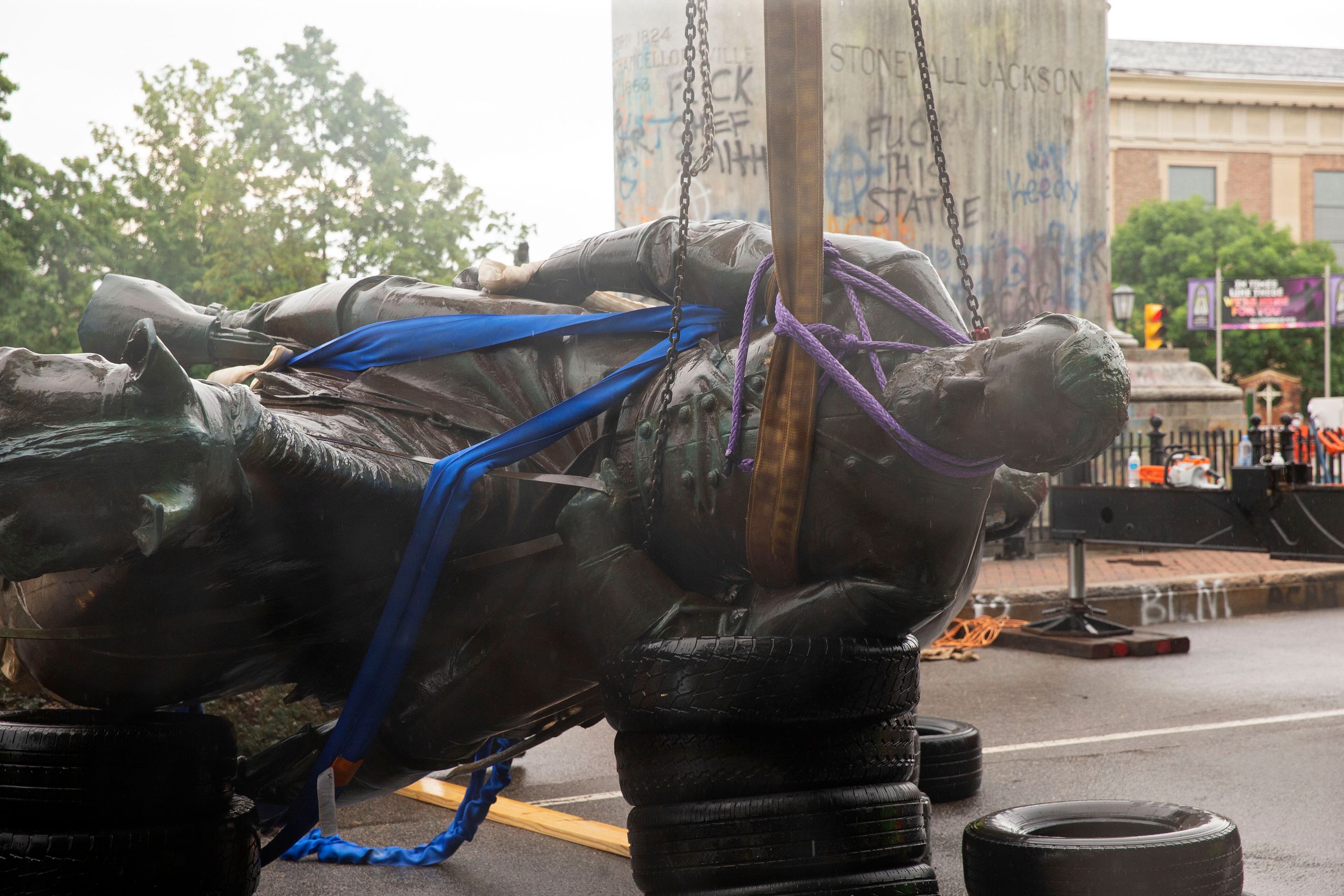 The state of Mississippi got rid of its state flag, which featured the blue bars and white stars of the Confederate battle flag, a South Dakota police department removed a Confederate symbol from its logo, and a Virginia town did the same for its town seal.

Still, nearly 1,800 Confederate symbols remain on public land, according to the SPLC’s data. Almost 700 of them are monuments.

The SPLC supports the removal of these Confederate symbols, stating in its “Whose Heritage?” report that “our public entities should no longer play a role in distorting history by honoring a secessionist government that waged war against the United States to preserve white supremacy and the enslavement of millions of people.”

White people erected Confederate monuments in the late 19th century and throughout the 20th century as a way of reinforcing the prevailing racist caste system in the United States. The monuments were also part of an attempt to erase slavery’s role in the Civil War, and to further the myth of the “Lost Cause of the Confederacy.”

In this myth, the Confederate Army fought Northern oppression to preserve states’ rights and to protect the South’s way of life — not to preserve the region’s brutal system of slavery. The “Lost Cause” myth is a lie that throughout American history has found some of its most ardent defenders in explicit white supremacists, including those in groups like the Ku Klux Klan. 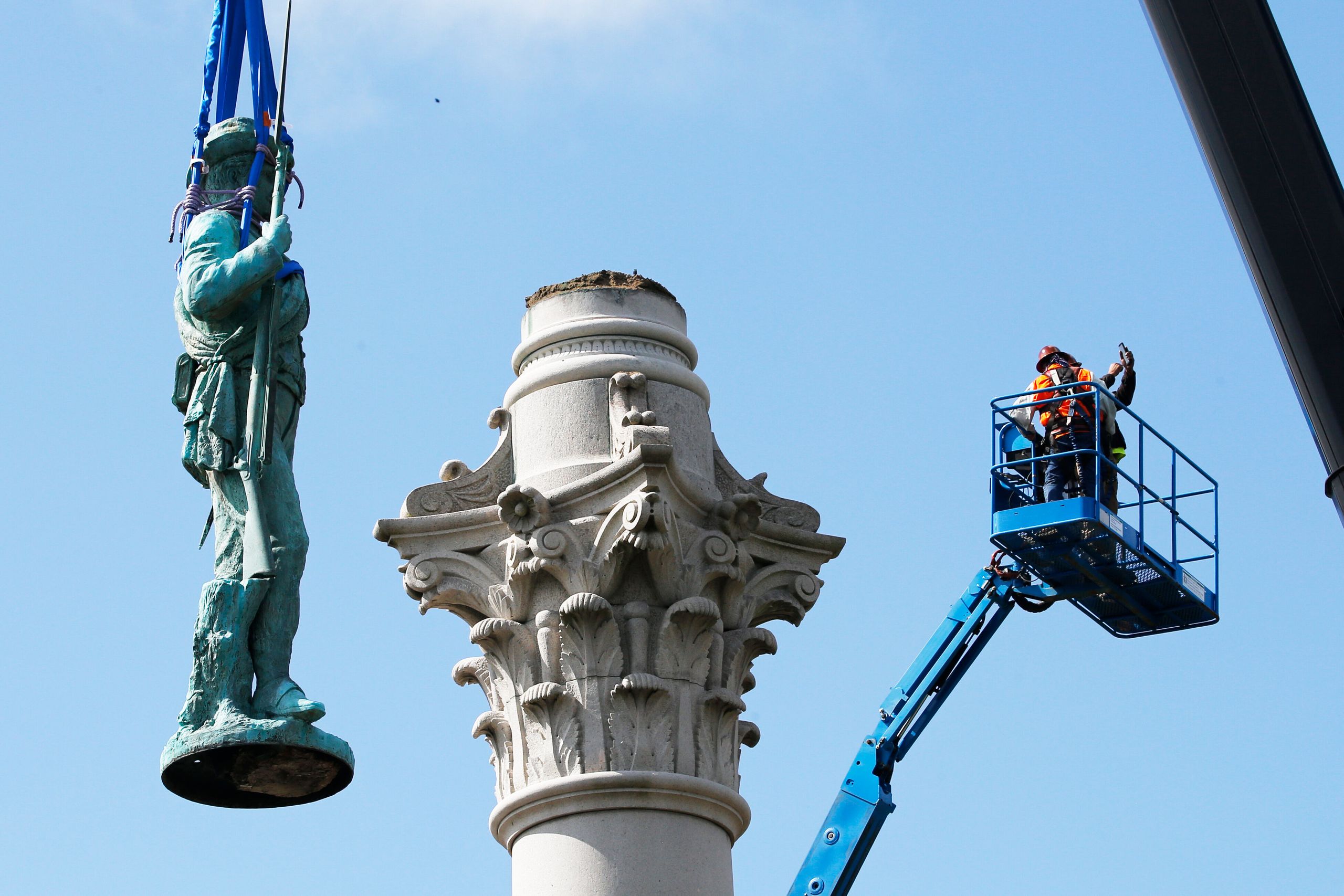 The deadly 2017 “Unite The Right” white supremacist rally in Charlottesville, Virginia — the largest such gathering in a generation — was organized in part as a protest against the removal of a statue of Confederate General Robert E. Lee.

The public association of Confederate symbols with both the Charleston massacre and the Charlottesville rally has helped lead to this moment of falling statues, said Brooks, SPLC’s chief of staff.

“Inadvertently, I think the people who advocate for the continued reverence of the Confederacy helped create this push against it,” she said.

However, Confederate flags have also been spotted being waved or worn by some members of right-wing groups who have confronted anti-racist protesters this summer.

Nearly 8,000 Black Lives Matter-related demonstrations took place across the United States between May 24, the day before Floyd was killed, and Aug. 24, according to figures from the U.S. Crisis Monitor, a nonprofit that tracks political unrest.

Elsewhere, local elected officials responding to the protests coordinated the removal of Confederate monuments, sometimes in defiance of state law. Six states across the South have passed preservation acts that forbid municipalities from removing Confederate monuments.

Alabama has one such law on the books, yet officials in Lowndes County elected to remove an 80-year-old Confederate statue from the Hayneville town square over the summer anyway. The state attorney general’s office fined the county $25,000, which a local couple volunteered to pay.