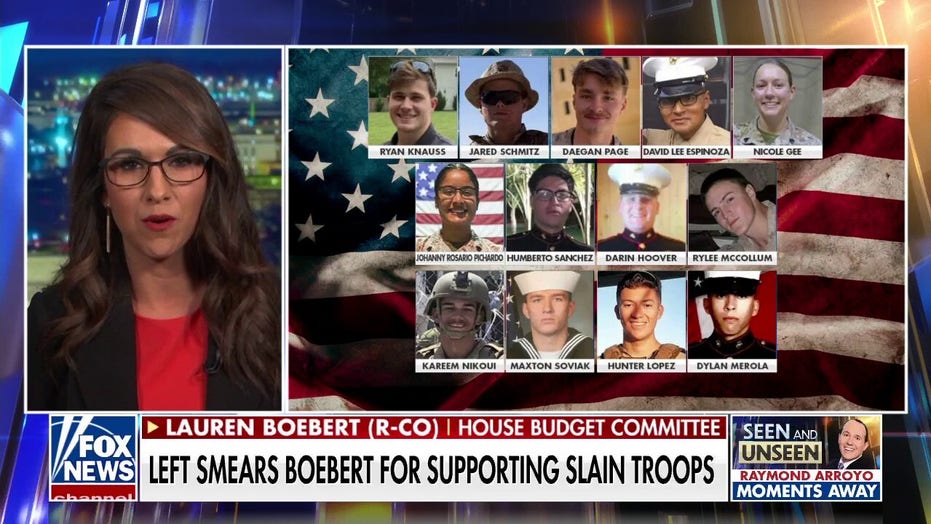 Rep. Boebert: The mother of one of those heroes told me Joe Biden killed her son. You are darn right I spoke up.

Pelosi, however, stopped short of recommending any formal House censure against Republican Reps. Lauren Boebert of Colorado and Marjorie Taylor Greene of Georgia for their outbursts in the House chamber during the speech.

“I think they should just shut up,” Pelosi said Thursday at a Capitol news conference.

House Democrats in 2009 passed a formal resolution of disapproval against South Carolina GOP Rep. Joe Wilson for yelling “You lie!” during former President Obama’s State of the Union speech.

Asked if Democrats would take a similar step against Boebert and Greene, Pelosi cited an apparent reaction from Sen. Lindsey Graham, R-S.C., from the State of the Union. 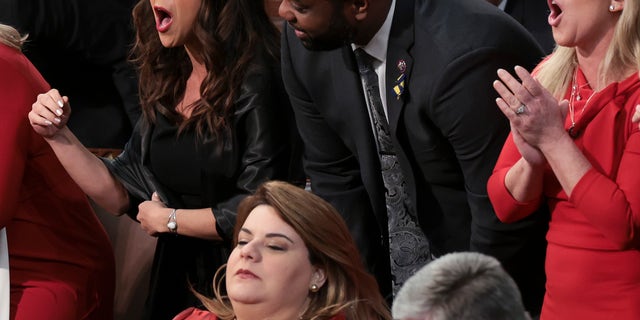 “Let me just say this. I agree with what Sen. Lindsey Graham said: ‘Shut up.’ That’s what he said to them,” Pelosi said.

During the State of the Union, Boebert and Greene chanted “build the wall” when Biden was talking about immigration.

And when Biden was speaking of veterans sick from toxic burn pits in Iraq and Afghanistan ending up in “flag-draped” coffins, Boebert interrupted the president.

She yelled: “You put them in, 13 of them,” in reference to the 13 flag-draped coffins that came home from Afghanistan after the deadly and chaotic U.S. withdrawal over the summer. 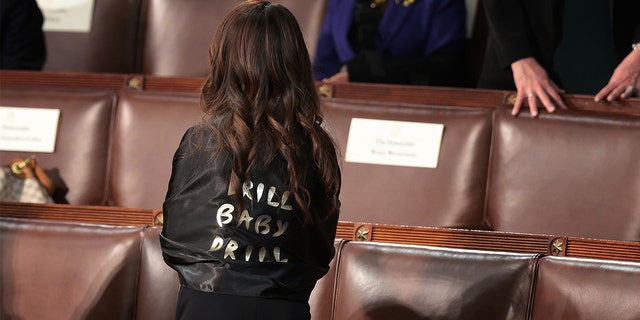 Representative Lauren Boebert, a Republican from Colorado, arrives to a State of the Union address by President Biden at the U.S. Capitol in Washington, D.C., U.S., on Tuesday, March 1, 2022.
(Win McNamee/Getty Images/Bloomberg via Getty Images)

Both Boebert and Greene have defended their actions.

Boebert Thursday responded with a video of Pelosi tearing up former President Trump’s State of the Union speech in 2020, in her high-profile reaction to Trump’s address.

“So Fancy Nancy is upset about me speaking out at the State of the Union,” Boebert said on Twitter. “What’s she so torn up about? I will not ‘shut up’ about Biden’s failure in Afghanistan and the 13 heroes we lost because of it.”

Pelosi at the time explained her reaction as “the courteous thing to do considering the alternatives.”

“I tore it up,” Pelosi continued. “I was trying to find one page with truth on it. I couldn’t.”

Greene also reacted to Pelosi’s remarks saying, “Outgoing Speaker Pelosi should worry about members of her own caucus, like the squad, who were just as unhappy with Biden’s speech as I was,” Greene told Fox News Digital.